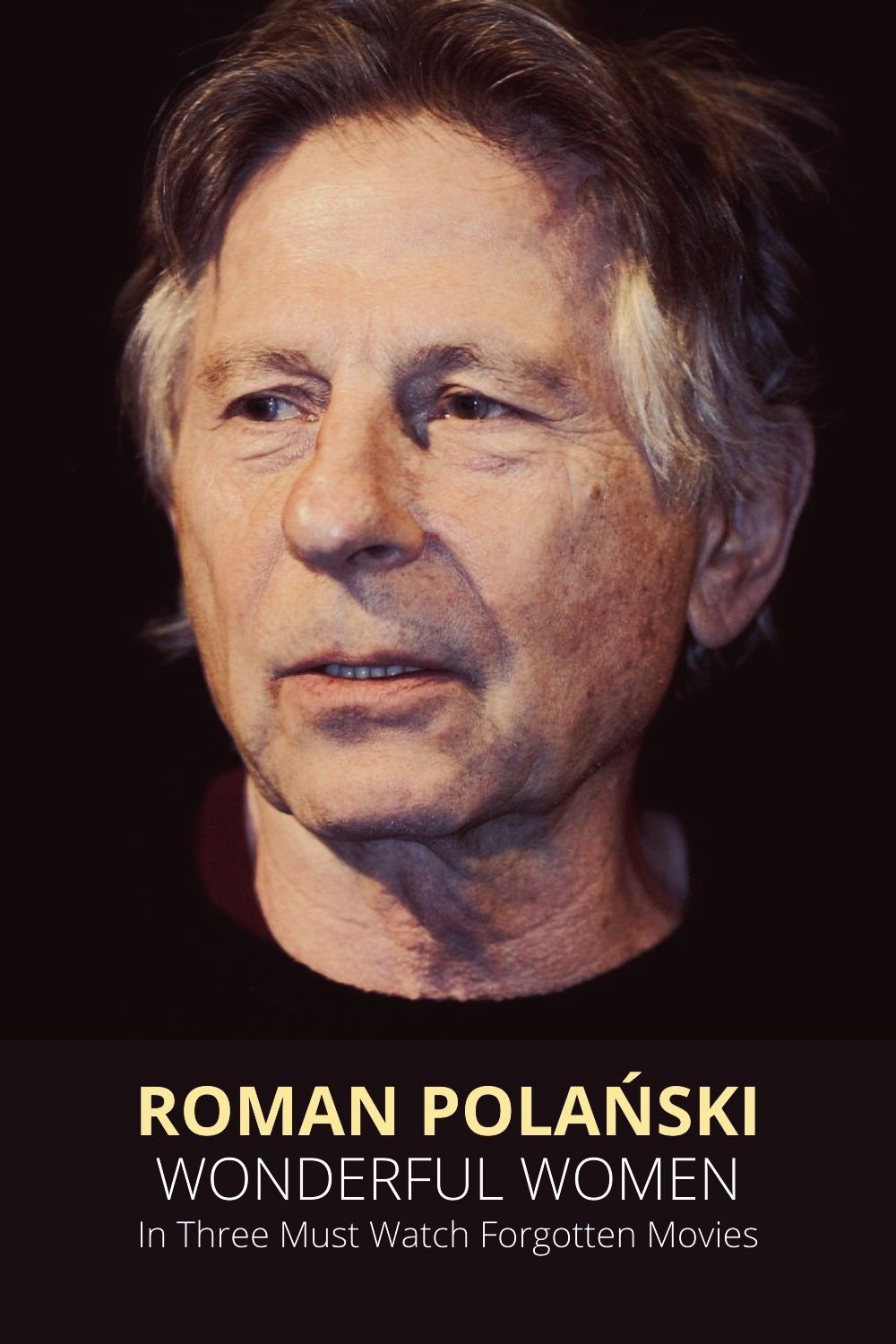 Roman Polański is an artist who is not easy to talk about, given his personal and judicial history with women dividing public opinion for years.

Quickly revisiting his life, he experiences suffering and deprivation in Poland from the terrible Nazi occupation.

After the war and the liberation of his country, the young Polański had his first experiences in theater and cinema.

Though without audience appreciation, critics praised it, and thus he soon arrived at well-budgeted productions with famous actors.

Shuttling back and forth between Europe and the United States, he signed several remarkable successes, such as Rosemary’s Baby and Chinatown.

In the time between these two films, the whole world rallied around his famous mourning.

A cult of madmen murdered his young pregnant wife, Sharon Tate, and some friends in his Los Angeles home.

Yet later, public opinion changed dramatically when a 13-year-old girl accused him of molesting her during a Jack Nicholson party.

The allegations come repeatedly over the years by several actresses, culminating in a recent complaint in 2019 for 1970s events.

So who is Roman Polański, or what should we think of him? What they accuse him of is true, or are they just women looking for some publicity?

It is challenging to take a position without knowing the facts, always wrapped in the indecipherable halo of interpretation.

However, speaking of cinema, no one can dare deny his immense talent as a screenwriter and director.

Given his controversial history with women today, we look at some movies where the female figure has a predominant role.

We begin with one of the great director’s earliest and most obscure films, starring a young and beautiful Catherine Deneuve.

The actress plays a girl who leads a very lonely existence, living in an apartment in London with her sister.

Although she is lovely and desired by men, she prefers the quiet routine of home and work.

Her neuroses, however, get progressively worse because of a suitor who torments her every day, insisting on a date.

In addition, her sister’s boyfriend arrives in her apartment, and his constant presence disturbs her deeply.

Irritation becomes an obsession with wanting to get rid of his clothes and objects. She can’t tolerate seeing them around, whether it’s a simple toothbrush or a shaving razor.

The two engaged couples leave for a vacation abroad to get used to the abandonment before the wedding.

But leaving her entirely alone will be a fatal mistake that will have devastating consequences on her increasingly unstable mind.

Indeed, at that point, the girl ultimately slips into total psychosis and is increasingly the victim of horrible hallucinations.

Forgetting even to go to work, only to injure a client when she returns, the apartment becomes a self-enclosed prison.

When his beau and the house owner go looking for him, he will cross the line of madness for good.

Repulsion is Roman Polański‘s first English-language movie, but it had big problems due to a limited budget.

The story of a girl who is emotionally fragile and not understood by others did not fully convince the producers.

Nevertheless, the director convinced them to double the funding. In fact, he also doubled the shooting time and, above all, the final complicated editing.

At the beginning of her career, Catherine Deneuve is the splendid controversial protagonist in one of her best least-known performances.

A woman who eludes men and daylight, always hiding at home or in the beauty salon where she works.

Her reluctance towards sex and contact is the negation of life, which explodes in madness when she is entirely alone.

Equally good is Yvonne Furneaux as her sister, adding a light comic tone to an otherwise dark and disturbing story.

She is a cheerful selfish woman, unable to see the alienation in the blank stares and her incoherent awkward silence.

Finally, there is no shortage of bloody moments, especially when the sweet and lost Deneuve dangerously takes up the razor.

For the brilliant Polish director, Repulsion will be the first step on a path to the United States, where he will direct his masterpiece Rosemary’s Baby.

Another film that will rewrite the rules of horror, paving the way for big productions that will return to this genre often considered only commercial.

A simple dinner with his lawyer suddenly turns into a nightmare for a respected South American doctor.

Suddenly his wife attacks him, showering him with insults before knocking him out and tying him to a chair.

Indeed, the woman has long been a prisoner of the dictatorial regime and has recognized him as one of its ruthless torturers.

The man denies while her husband tries to stall for time, fearing that she might kill him at any moment.

To try to reason with her, they set up a trial where she will serve as both jury and witness for the prosecution.

The lawyer tries to convince her that she may have the wrong person and her memories may be distorted by fear and anger.

However, as he listens to her words about those terrible days of captivity, he can’t help but cringe at the horror the woman had to endure.

In addition, some details seem to match up, and even he begins to suspect that the man did repeatedly torture and rape his wife.

But his incorruptible sense of justice forces him to be objective, despite his desire to avenge his beloved’s suffering.

As dawn approaches on that long night, the woman seems adamant about her death sentence to the doctor.

The adamant judgment of women

Roman Polanski enchants with excellent narrative skill, bringing to screen a theatrical drama and sublimating in the seventh art.

It is a chilling and perfect story, wholly set in a small house with only three actors on stage.

Yet this is enough to relive the inhuman brutality of fascist and Nazi militias while taking place in an unspecified South American country.

Sigourney Weaver is unmatched and the absolute star, beautiful and strong but vulnerable and deeply scarred by her youthful experiences.

Without a doubt, her character is one of the most complete and complex women ever created by Roman Polanski.

The actress is touching yet funny even when talking about her rape, mocking the rough soldiers’ behavior.

For his part, Ben Kingsley is perfectly ambiguous to decipher, hovering between innocence and guilt until the magnificent finale.

The actor responds with innate elegance to the woman’s accusations, letting his horrible nature come out for a few moments.

Stuart Wilson is the needle in the balance between the two, desperate to find the truth before the little time he has available runs out.

But while he defends his client, the guilt of his woman’s humiliation wears him down in his helplessness for not helping her.

Without revealing anything about the ending, the last scene on the edge of a ravine is genuinely a memorable picture destined to remain in the history of cinema.

It may seem strange given Polanski’s controversial background, yet few directors consistently deal so with abuse of women movie.

If the other women in Roman Polański films recommended so far were strong characters, in this case, we arrive at an almost mythological figure.

The story begins with a director utterly alone in a theater after a long and unsatisfying day of auditions.

Looking for a lead actress, the man has given up by then and is about to return home.

Suddenly one last actress shows up for rehearsals, convincing him with determined insistence to give her a chance.

Initially skeptical and annoyed, the man will quickly change his mind, amazed by the woman’s skill and intelligence.

She soon appears as the living embodiment of the subject of his screenplay, based on the original Venus in Fur.

This book is one of the earliest literary examples of sadomasochism, a term not coincidentally named after its author Leopold von Sacher-Masoch.

Just as in the novel, the actress slowly seduces the director, apparently magically reading his every thought and desire.

The relationship very soon deviates from the initial admiration towards the complete submission of the man towards this strange and naughty woman.

But the goddess of desire and passion knows how to be cruel and vindictive, transforming intimacy into a chain with no way out.

Getting lost in the arms of a goddess

If before we had a drama closed between only three characters, this time the director builds a director even with two actors.

Roman Polanski builds a throne for one of the extraordinary and disturbing women seen in cinema.

Emmanuelle Seigner is (literally) divine in this role, for which I couldn’t think of a better actress.

Initially seeming vulgar and annoying, we watch in amazement as she supernaturally transforms into a glamorous superhuman being.

The clash between man and woman unfolds from one dialogue to another between jokes, sexual innuendos, and implicit and irresistible winks.

On his side, Mathieu Amalric is equally perfect in the cynical and contemptuous writer who becomes the helpless victim, totally submissive to this woman.

The sadomasochistic relationship is rarely treated seriously in movies, usually resolving into dumb stuff like Fifty Shades of Grey.

There is no sex or nudity, yet the sensuality is much more present and overwhelming than in the entire trilogy above.

To sum up, Venus in Fur is an unusual and sensual novel of renunciation, devotion, and idolatrous adoration.

A plot that is both ambiguous and cruel, it analyzes the perverse but undeniable pleasure of suffering and humiliation.

When it comes to art house cinema, I can’t help but think of directors like Roman Polanski, through the incredible women in each of his films.

Obviously, it is entertainment through thought, it requires commitment and attention, but it also gives much more satisfaction.

Because in the end, as many often say, the brain is the most sensitive erogenous zone of the whole human body.

From Hell – The Crammed Jack...