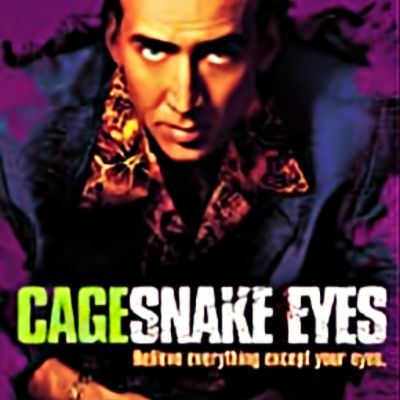 This murder and betrayal story begins on a joyous Atlantic City evening, on the eve of an important boxing match.

In front of thousands of spectators and TV, the sporting event suddenly becomes a tragedy.

Just as one of the boxers goes down, a sniper shoots and hits an influential politician sitting near the ring.

In charge of security for the event are a city detective and an old friend who is an army officer.

Convinced that the murder is not the work of a lone madman, they immediately lock down the arena and adjacent casino to search for all members of the conspiracy.

Their job is harder because of the thousands of onlookers and reporters wandering around the crime scene, each of whom is a potential suspect.

So they decide to investigate each independently, looking for two women they both saw acting strangely shortly before the murder.

The detective goes to the surveillance room to check the countless security cameras while the officer searches for his own.

Soon enough, both discover that the plot is even larger than they imagined, involving enormous financial and political interests.

Even the boxers in the fight and some slimy gamblers are part of the plan, making any question about the truth increasingly dangerous.

One witness after another, the light will uncover the truth about all the mysteries, and the two friends will eventually find themselves against each other.

Bringing out his passion for the Alfred Hitchcock suspense classics, the technical brilliance blasts through every scene.

Just the first 10 minutes entirely uninterrupted, for example, should be shown on the first day in every film school.

An emotional climax with the camera virtuously moving from outside the casino to the ring where the boxers fight.

This magnificent sequence without cuts elegantly introduces us to the movie, almost holding our hands.

Introducing the different characters and giving us some clues to solve the plot, the beginning sets the mood for the story until the end.

Briefly is commonly referred as a styling exercise, yet it builds suspense and doesn’t just satisfy the director’s ego.

In this case, style and the cast’s charisma compensate for perhaps a less-than-perfect plot seen many times before.

I won’t say the twists or dialogue are trite, but they are certainly not the movie’s highlight.

Snake Eyes is an incredible cinema lesson on constructing a thriller, valid today as yesterday despite being a 1998 movie.

Finally, let’s add applause to the beautiful music by Ryūichi Sakamoto, which blends perfectly with the narrative rhythm.

It’s a classy background score that is mysterious and enveloping, with some tension peaks and elegant moments of relaxation.

The repetitive and incomparable perfection of an artist

Nicolas Cage is the absolute star of the story in one of his life’s funniest and most admirable roles.

A euphoric and corrupt policeman, who doesn’t believe in anything but the money he earns, but for one night wants to do his duty to the end.

But being honest in Atlantic City is not easy, so he risks losing his career, friends, and family.

At his side is his best friend, played by Gary Sinise, who, on the contrary, is more severe and controlled.

This soldier is rigid and faithful to the regulation, acting as though he were the conscience and unexpressed virtue of the other.

But even he hides terrible and unspeakable secrets and will be willing to do anything to keep them in the dark.

Between them stands the beautiful and naive Carla Gugino, who, for half a movie, tries to escape the two men.

The woman is the key witness of the murder, and perhaps she is a participant in the politician’s death.

Unfortunately, Snake Eyes didn’t succeed at the 1998 box office, mainly because it was a costly budget movie.

The results were disappointing, especially compared to the director’s previous successes, such as Carlito’s Way and Mission: Impossible.

However, it remains one of the best thriller films of the 90s of great entertainment and intelligence.

With his unique and inimitable talent, Brian De Palma basically tells the same story over and over again.

Yet who knows how each time it remains as fascinating as the first.

The Village – The underrated M....