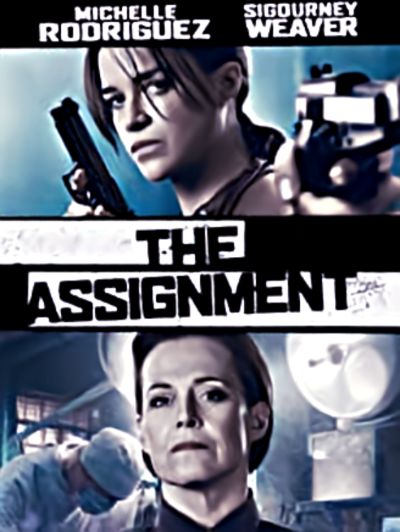 The story begins with a crime boss who hires his most reliable hitman for what appears to be an easy job.

His task is to eliminate a man heavily in debt to loan sharks, who are tired of his arrogant attitude.

He does the job flawlessly, finding out where he’s hidden and killing him very quickly without leaving a trace.

But the victim was not an ordinary man; having a mighty and influential sister in the underworld.

Fearing the consequences, the boss betrays his killer and delivers him into the hands of her and her fierce men.

The woman is a former surgeon who now works in hiding due to her daring and forbidden experiments.

When her brother’s killer is in her hands, she decides to take revenge by turning him into a woman instead of killing him.

After that, she leaves him in a hotel room with the money and medicine he needs to get through his adjustment period.

Leaving him an audiotape, she lets him know that she has spared him and is now giving him a chance to build a new life.

But the killer is furious at the humiliation and betrayal, so he patiently begins to gather information about the doctor.

His goal is simple: he intends to eliminate all those responsible for his situation one by one.

Finding his enemies is not a quick thing, so in the meantime, he lives anonymously with a young nurse.

Slowly he begins to find the right weapons and contacts, planning his revenge against the doctor’s revenge.

When the gender line disappears into the hate

The Assignment is an action with a noir soul, among the best movies of 2016, where anger and revenge join the primordial struggle between man and woman.

Interestingly, the woman’s revenge is not to kill the man but to force him to change his life radically.

When this man, against his will, becomes a woman, he remains the same killer he was before.

What is innate in our nature and what do we acquire through experience?

These seem to me to be questions of a certain depth that we don’t always see in an action movie between gangsters and shootouts.

The action scenes are pure ’80s style, and the crime environment is carefully set up with refined and elegant intensity.

The pace is high, and the narrative is continuous without interruption, starting from the end with flashbacks narrative by the ruthless woman surgeon.

Indeed she is in a criminal asylum, and in scene after scene, we slowly discover how she ended up there and what happened in the meantime.

The story has absolutely no good guys but only criminal villains, morally ambiguous and perverse with no remorse or conscience.

They are all evil characters living in a compassionless world where guns are the only law everyone unanimously recognizes.

In short, it’s a story about people who don’t use their manners, each at war with the world at large.

The comic book surrealism that Walter Hill employs is reminiscent of The Warrior, though it doesn’t reach its picturesque and grotesque excesses.

However, the style remains the director’s usual, so those looking for cinematic realism, please stay away.

The Assignment is the pure cinematic suspension of disbelief, an unjustly underrated and forgotten movie in 2016.

Michelle Rodriguez is the outstanding star of this old-school American action movie.

Fierce, fast, and destructive, she is also a beautiful woman with simplicity and naturalness in the fight scenes.

Nevertheless, we appreciate her talent even when she masquerades as a man, with a perfectly believable male attitude and movements.

Sigourney Weaver is her arch-enemy, with an interpretation of immense class and charisma that immediately captivates.

She is a character repeatedly silencing and ridiculing men, including the doctor trying to interrogate her in the asylum.

Yet despite her cruelty, she has a moral code about everyone deserving a second chance, even her brother’s killer.

There are two breathtaking women on a collision path with no intention of surrendering to anyone for any reason.

Walter Hill returns to direct after four years since the entertaining Bullet to the Head with Sylvester Stallone, another old-fashioned action movie.

Unfortunately, like The Assignment in 2016, that one was also a disappointing commercial flop that both audiences and critics disliked.

Some people always try to ride these topics even when nothing is involved, getting attention when they don’t have to.

Personally, I can only recommend this excellent movie to all action crime lovers because that’s what it’s really about.

Any other consideration is just a waste of time for a director who deserves more attention than useless insults.

From 2000 on, Walter Hill has run into a series of unlucky productions, but despite this, he remains one of the best action directors ever.

Asian Animation Movies with Kids and...