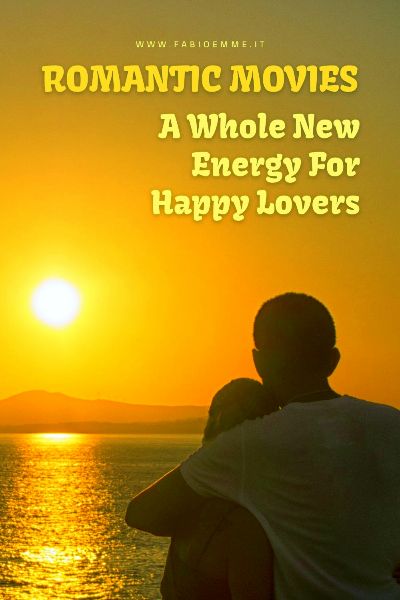 Spring is finally approaching, finding us cuddled up on the couch watching some romantic movies on Amazon Prime.

Of course, it’s hard to see anyone kissing around these days since people are still walking around wearing COVID masks in many countries.

But despite all the local and international problems, life goes on, and the romance doesn’t stop for anyone.

Once you have a dinner and movie date at your house, what kind of atmosphere do you want to create?

With today’s tips, I try to compress several possibilities by coming up with three very different genres of stories.

Let’s start with a classic ’90s rom-com, which combines some laughs and feelings in a sweet blend.

Then we continue with a science fiction story on the border between Mexico and the USA amid a peculiar alien invasion.

Finally, we close great with strange philosophical horror and two vampire lovers who find each other after a long time.

There’s enough to keep everyone happy, what do you say?

They both arrive late to take their children on a field trip with their school, messing up their days.

Indeed, the man is a respected journalist who has just written a piece accusing some of the city’s bigwigs of corruption.

His source, unfortunately, retracts the statements, and he must find more evidence before losing his job and reputation.

On the other hand, the woman is a young architect who may finally have a chance at a career after years of waiting.

A project of hers may appeal to a prominent client of her company, but she must present it before the afternoon is out.

As if that wasn’t enough, in confusion, they mistakenly swap their cell phones and start receiving calls intended for the other.

So they make an appointment to take their phones back when they get the idea to help each other through that long, busy day.

While trying to run through their work issues, they alternate babysitting their children.

Even on such a busy day, there is room for feelings, and they begin flirting between scolding and jokes.

Their children slyly help them get to know each other, thinking they are made for each other.

When the sun finally sets over New York, perhaps a new family will be born out of coincidence and chaos.

Romantic breaks between children and work

One Fine Day is a 1996 romantic movie that you can easily watch today on Amazon Prime.

Leading the story are two successful stars, Michelle Pfeiffer and George Clooney, in all their glory and beauty.

The pace is fast and fun, alternating many different situations and characters among the streets and buildings of New York.

Even the two child actors are not bad, although their role is mainly to back up the main characters’ jokes.

Clooney is the classic charming and likable roving journalist, unanimously loved by all the ladies in his office.

In short, he’s the usual screw-up trying to hold the pieces of his complicated life together while handling his little girl.

On the other hand, Pfeiffer is the wife of an absentee father, a musician constantly on the road for his concerts.

Despite being a clear control freak who messes up everything she touches, her character is adorable and beautiful.

Michael Hoffman does his best with his simple craft while not quite reaching the quality of A Midsummer Night’s Dream.

Of course, in that case, it also had William Shakespeare‘s writing as its basis to understand the difference.

However, he respects the canons of the movies of this type, ensuring an evening of cheerful romance for all.

The characters are charming, and the dialogue is often brilliant for a story that flows almost anonymously in the background of a city bustling 24/7.

The story begins with several alien creatures appearing on the border between Mexico and the United States.

Initially, the army attacks them repeatedly, without succeeding in any way to contain their spread.

Realizing their impotence, the U.S. government erects a wall at the border, declaring the entire area under quarantine.

Years later, after collecting enough material for his newspaper, a professional photographer is preparing to leave San José.

However, his boss contacts him asking for a favor, actually almost an order, to find and bring back his daughter to the United States.

Indeed, as the crisis worsens, the authorities will close any entry at the border within a week.

Therefore, it will be impossible for anyone to enter America due to the total embargo on planes and boats.

The journalist immediately finds the young girl, which should get married in a few days.

But after a drunken evening, he loses her documents, and they have no choice except to travel up the river with some smugglers.

They begin a long journey in the quarantine zone, initially not tolerating each other.

Then, in the growth of feelings and emotions, they discover they are not in such a hurry to reach their destination.

Gareth Edwards has only made three films so far, but his enormous talent is already clear to everyone.

We owe him to make Rogue One, one of the few new Star Wars chapters, worth anything.

Likewise, I thoroughly enjoyed 2014’s Godzilla, which finally represented the tremendous power of the infamous Japanese monster in the right way.

2010’s Monsters didn’t have the same budget as the other two movies, but that might be for the best.

This small independent production focused on the characters with little money, creating an extraordinary and unusual sci-fi drama.

In this sense, it is contributed significantly by the two lead actors being unknown and therefore believable as ordinary people.

Scoot McNairy, as the journalist, is the typical employee who must please the boss, assuming the girl’s responsibility.

The man is charming, intelligent, pleasant, and stupid and spends the night with a woman who robs him of everything.

After Whitney Able rejects and closes the door in his face, this theft is what forces them to make the long trip.

Even this girl is an exciting character, initially seeming only the American blonde stereotype.

However, as the story goes on, her delicacy and sensitivity emerge, fascinating and enchanting the cynical journalist.

To sum up, Monsters is a unique film, with freedom and love we can hardly find in a significant production.

Therefore, I recommend watching it to everyone who loves stories about aliens since you will rarely find others of this kind.

Although they have been together for centuries, a pair of elderly vampires live apart in America and North Africa.

Both know few people, remaining in isolation most of the time except when they need to obtain precious blood.

Until one day, the man, in a state of deep bitterness and melancholy, decides to end it all and commit suicide.

He, therefore, instructs one of his trusted friends to get him a particular and rare wooden bullet, the only thing that can kill him.

But after a long time apart, she finally returns to him because the situation in Africa has become difficult for her.

Together again, he begins to rediscover a bit of optimism while retaining a deep cynicism towards the human race.

The woman also savors life again, finally understanding that living for centuries is useless if you are not truly happy.

Unfortunately, to upset this precarious balance comes to her sister, who sits in the house as an uninvited guest.

Being a very compulsive and selfish person, she soon gets everyone into trouble by forcing them to flee.

Without knowing what else to do and having burned their American contacts, the couple will have to return to Africa again.

However, their bloodlust has become intolerable by then, and one way or another, they will have to satiate it.

Are vampires more human than humans?

Only Lovers Left Alive is probably one of Jim Jarmusch‘s most popular movies, although it wasn’t a huge box office success.

However, it is undeniable the genius of the American director and his will to tell an unconventional love story.

It is a story that, while talking about vampires, we can put as a basis for the entire human race.

It is no coincidence that the two characters are called Adam and Eve, creatures of great culture who traveled worldwide.

After being Marvel’s beloved and hated Loki, Tom Hiddleston plays without a doubt the best role of his career.

He’s a man tired of human ignorance and our bad habit of falling into the same traps, century after century.

After her small role in The Limits Of Control, Tilda Swinton continues to appear in Jarmusch’s movies.

After a long time, the woman returns to her steps, finding her old lover almost at the end of his days.

Finally, to break the quiet comes the young Mia Wasikowska, the restless sister with unpredictable and dangerous manners.

The director creates a magnificent horror world with a punk soul, where the wisdom of these old vampires is almost an unbearable burden.

What results is a universe of elegance and refinement, yet without the haughtiness and arrogance of money and knowledge?

The vampire’s self-destruction seems to reflect the fate of all humanity, which lacks the strength and will to change.

Indeed, he often calls us zombies in the dialogues, living dead that amble without a purpose anymore.

And when the story closes on the ironic and cruel final scene, it’s hard not to agree with them.

Let’s appreciate this incredible romantic movie together, which today we can easily find on Amazon Prime.