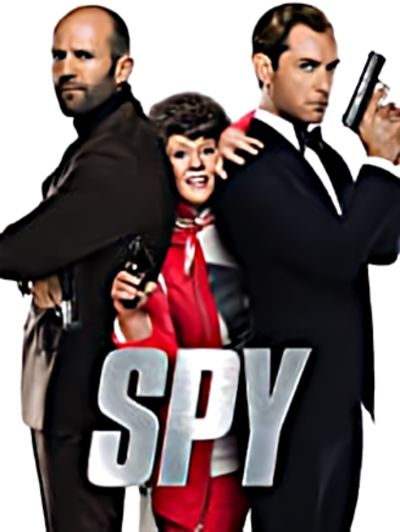 The actress plays a computer consultant who assists one of the best CIA agents in his missions.

Unfortunately, one day a wealthy and dangerous woman kills him while she watches helplessly in front of the monitor.

As if that wasn’t enough, the murder is only the first of many spy killings worldwide.

Indeed someone on the inside has betrayed, revealing the secret identities of the undercover CIA agents.

So the woman decides to take the field and try to foil the sale of a nuclear weapon.

Having always worked in the office, no one knows her face, and she can assume another identity to get revenge on the trafficker.

Excited and frightened by her first mission, she immediately flies to Paris as an ordinary businesswoman.

When she contacts the murderer of her friend, she gets hired as a bodyguard, following up on her dirty business.

Her only help will be a close friend from the office, who is also eager to become a real spy.

But he also finds a stubborn colleague everywhere who wants to do everything independently.

The man thinks he’s a great agent, but he’ll only make incredible messes in the end.

They then move on to Rome from Paris, where she meets an English intelligence agent posing as an unlikely Italian.

As the trafficker gets closer and closer to selling the nuclear weapon, the game gets more extensive and more dangerous.

And as always happens in espionage stories, no one is what they seem, while betrayals and surprises await her around every corner.

A large protagonist for a great worldwide success

Spy was a massive movie hit in theaters, earning nearly $250 million worldwide in 2015.

This is an excellent comedy starring an overweight James Bond lady, without neglecting action scenes and a sizzling spy plot.

The director’s success would later lead him to direct the long-awaited all-female remake of 2016’s Ghostbusters.

A remake that was very drab, in my opinion, although according to the cold numbers, it grossed very well.

Here the action thriller comedy formula definitely works better, such as in 2008’s Get Smart.

It follows all the canonical steps of 007-style espionage, traveling around the world through many locations.

So we have fast pacing and different international scenarios with the usual fun and stereotypical genre clichés.

Perhaps not always a film suitable for the whole family, since sometimes some jokes are a bit vulgar for children.

However, the scurrility never exaggerates becoming sloppy and unnecessary but always remains in context cheerfully sparkling.

The sexual teasing and fat jokes are non-stop, so I will warn you if you are sensitive about it.

Let’s be clear, there’s nothing scandalous or outrageous, but given today’s susceptibility, it’s hard to gauge when you cross the line.

From my experience, I loved all the charming, hysterical grimaces and gestures of the very likable protagonist.

So let’s try to appreciate Spy for what it is, as I often say, a mindless cheerfulness movie that pokes fun at the old Sean Connery movies.

So many actors in so many silly and lovable roles

Melissa McCarthy confirms that she is a devastating comic actress with great charisma and an explosive personality.

Her character accepts jokes with irony and responds to provocations with all her biting energy and intelligence.

Moreover, it is absolutely amusing to watch such an overweight woman kicking bad guys’ asses like a veteran of action movies.

A raunchy secret agent who thinks he’s intelligent and invincible, not giving the poor protagonist a moment’s rest.

The actor has always been undoubtedly good in fights and shootings, becoming a modern cinema hero.

But perhaps he is too severe compared to other action stars like Sylvester Stallone or Arnold Schwarzenegger, much more ironic and sympathetic.

Instead, the beautiful Rose Byrne is the story’s villain, a wealthy criminal looking for customers to sell a nuclear weapon.

As cruel as she is vain and stupid, her character becomes the perfect rival for the protagonist’s jokes.

Small cameo also for the consistently excellent Jude Law as the victim of the conspiracy, whose murder will set the rest of the events in motion.

Perhaps the actor would have deserved a little more space, as his character is just as idiotic as the rest of the group.

How can you not adore a spy who accidentally kills an enemy because of a sneeze?

However, I think I’ve already spoiled too much of this excellent 2015 Spy for you, so I suggest you plan a movie night with friends.

You can easily find it streaming by now, as you see below, so I hope you enjoy it as much as I did.