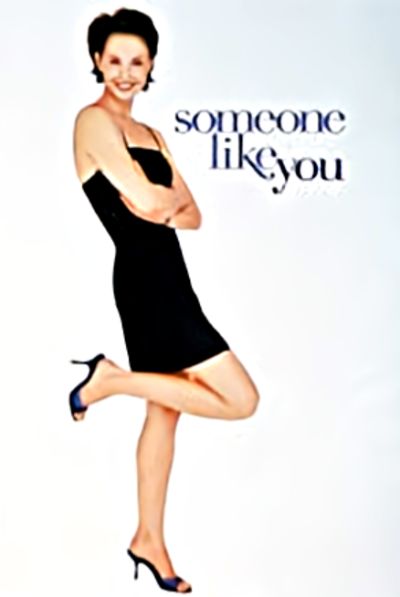 Someone Like You is a romantic comedy among the most appreciated 2001 movies with love, misunderstandings, and bovine psychology applied to human beings.

The protagonist is a young New York girl who works for a well-known TV woman, a talk show host.

But secretly, she is also the lover of her man, carrying on an affair behind her back.

The man attracts her with a promise to break up with the woman and get engaged but suddenly leaves her.

Wishing only to forget the love disappointment, she moves into an apartment with a young colleague.

He is far from her love desire: a sex-addicted alpha womanizer who sleeps with a different girl every night.

While hardly trying to work close to the man she desires, she stumbles across an absurd psychology article one day.

This article compares men to bulls, who, after copulation, never want to deal with the same cow again.

At that point, he has a sudden inspiration, trying to turn his moment of personal despair into a brilliant idea.

Anonymously pretending to be an elderly female psychologist, she sells the old cow theory with immense success among the female audience.

Immediately gaining reputation among her friends and colleagues, she rekindles the hope of reconquering her man.

At the same time, she feels something towards her strange co-tenant, especially when they meet his ex-girlfriend.

Indeed, even he had been abandoned by the loved one years earlier, pretending indifference and retreating into casual sex.

However, when they absolutely want to interview the non-existent psychologist on his talk show, her castle of lies falls apart.

Someone Like You is a movie not trying to be a masterpiece, but it may bring cheer to sad evenings.

The comedy and romance parts alternate well with confused and lost characters in the great streets and buildings of New York.

Flaunting confidence they don’t have, they all keep making bad decisions, further messing up their lives.

What makes the difference from other comedies is the inclusion of so-called scientific research on romantic relationships.

This absurd theory comparing men to bulls and women to cows is incredibly accepted because a psychologist presents it.

At that point, especially those disappointed in love, start seeing what they want to justify their experiences.

It probably could have been better by focusing even more on this topic and making it a Woody Allen parody.

However, director Tony Goldwyn prefers to play on the safe plot of the beautiful and the handsome who fight all the time and then fall in love.

Let’s be clear; the story does exactly what it aims to do, gentle entertainment without much thought.

Still, the question remains how a more proactive director with more ideas could have leveraged an exciting theme like the cow theory.

Maybe a tiny story, but with a great cast

Ashley Judd is funny and exuberant, remaining beautiful even when tears stream down her cheeks.

Despite being a small film, the actress commits to the character dragging the rest of the cast along.

We follow her mood swings as the audience, from sadness to cheerfulness of this hysterical but very likable protagonist.

As her roommate, Hugh Jackman holds his own against a seemingly cynical and detached character.

Sure, he’s the classic villain yet with a good heart, featuring the usual conflicts and reconciliations that will never miss.

Coming off his first of many movies as Wolverine, the actor amiably plays the sexy friend that many women would desire.

But a rom-com also needs the bastard on duty, and this time it’s Greg Kinnear‘s turn to play the thankless role.

A shameless cheater devoted only to his own satisfaction, heedless of using people and throwing them away.

However, I feel like promoting his performance, almost convincing even me with his fake but believable smile.

Finally, we have the two actresses, Marisa Tomei and Ellen Barkin, respectively the best friend and the protagonist’s boss.

Two women trying to counsel and help her, but unsuspecting of how she fooled everyone pretending to be a psychologist.

Tony Goldwyn directs discreetly, leaving a suitable space for all these actors, who have their place in the story.

An ecosystem working together and barely knowing anything about each other, focusing on their microdramas while not seeing the larger story.

Someone Like You was a well-received comedy in 2001 but quickly forgotten like many movies in the genre.

However, I think it can still be delicious today, for those who want a light evening with a rom-com without too much trouble.