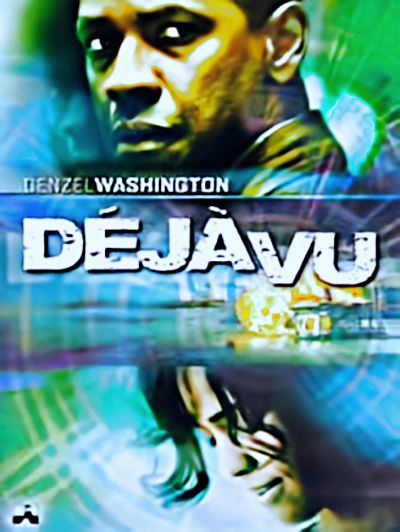 The story begins with what seems like a joyous, sunny day in New Orleans.

But suddenly, an explosion destroys a ferry, killing all the passengers who were celebrating Mardi Gras.

Soon after, an ATF agent arrives on the scene, beginning to investigate the debris of the devastation of the accident.

He soon discovers that it was actually a planned explosion, although no one has yet claimed the terrorist act.

Strangely enough, along the river, he finds the body of a young girl, murdered shortly before the attack.

Convinced that there must be a connection between the victim and the bomber, he questions her friends and family.

That is when the FBI contacts and asks him to participate in an experimental project to help with the investigation.

Indeed, the agency has a new technology allowing them to look into the past, precisely four days earlier, without the possibility of going further forward or backward.

Without any clue about the bomber, they begin to follow the last days of the murdered girl, hoping that sooner or later he will meet her killer.

But the FBI is not completely honest with the detective, telling him that this technology is just a retroactive surveillance tool.

As he will discover at his peril, it is also possible to use the machine actually to travel through time.

At that point, it will be up to him to decide how far he will dare to save the girl’s life and stop the terrorist.

A beloved and hated director, yet certainly not anonymous

Deja Vu is a sci-fi thriller with a good basic idea cleverly carried through and an action movie pace.

Tony Scott‘s direction is fine, while not renouncing to the swift editing we are used to in all his movies.

However, the various action scenes are always exciting, and the feeling of racing against time works until the end.

I definitely preferred the initial part with the detective’s investigation, perfectly balancing crime and science fiction.

Afterward, the story gains a lot of speed and loses some of that charm and length I believe needed.

The love story could have been exciting but occurs too quickly amidst too many situations to be appreciable.

Nevertheless, when I saw it at the cinema many years ago (I saw it twice), we were all delighted.

So recently made up my mind and wanted to watch it again on Amazon Prime and found I still liked it.

I cannot speak ill of Deja Vu, a movie I have enjoyed three times since 2006.

Just as I generally miss Tony Scott, a director of alternating quality but who undoubtedly knew filmmaking fundamentals.

Sometimes he disappointed me with movies like Top Gun or Days of Thunder, but I loved some of his gems like The Hunger or True Romance.

Even with his worst movies, he always entertained me, so I must thank him for better or worse.

Do the characters feel better than the story?

Denzel Washington is always an excellent protagonist, even in this one that is basically just a good action movie.

This great actor takes the scene as master without argument with his ironic and intelligent look.

As for his character, it’s interesting how actions and consequences intermingle, literally shaping his destiny.

Perhaps lost a bit in the forced happy ending, missing an opportunity to reconcile the time loop.

Being Jesus for Mel Gibson two years earlier, Jim Caviezel as a terrorist is sufficiently crazy and charismatic.

Unfortunately, his destructive motivations are not well understood, although his interrogation scene is very intriguing.

As mentioned, the detective forces him to contact the girl, changing the past from the future inextricably.

In her part, Paula Patton is merely the beauty to save half the story passively spied on by FBI monitors.

We give merit to her stunning beauty and delicacy in this sense, even though her character is relatively simple and innocent.

Finally, Val Kilmer has a small role but has a reverence for this actor; I really enjoyed it.

As the federal in charge of the experiment, perhaps it would have worked better if he had been harsher, but you can’t have everything.

Summing up the various elements, 2006’s Deja Vu is a movie with a great cast and directed with experience and dynamism, so it lacks nothing.

It could have been better in some aspects, especially the ending, but it’s still a good example of how you can combine crime, action, and sci-fi genres.