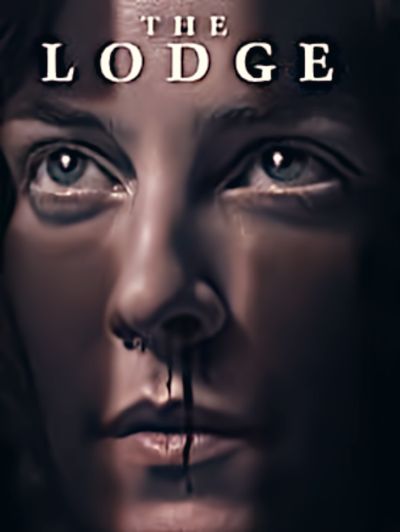 Let’s talk about The Lodge, a movie released relatively unnoticed in 2019 yet stood out among the best psychological thrillers in recent years.

The protagonist is a girl psychologically scarred by her youth as a member of a sect of Christian extremists.

As the sole survivor of their group suicide, a young writer interested in writing a book approaches her to interview her.

Between the two, the relationship becomes romantic, and the man leaves his wife to get together with her.

His children don’t forgive him for the betrayal, eventually coming to hate the girl when their mother commits suicide by gunshot.

Years later, they all have the opportunity to spend the Christmas vacations at a remote lodge isolated in the woods.

During that time, she hopes to win the children’s goodwill before starting a new life together as a formal wife.

So far, they are hostile and do not accept her as their mother’s replacement, still scarred by her tragedy.

The long car ride and the first few days prove very awkward, with the girl uncomfortable in the situation.

In addition, a short time later, her father has to leave the lodge for an unavoidable work commitment.

As if the children’s strong dislike were not enough, they discover that all the food and electricity are gone one morning.

Since it is impossible leaving because of the cold and the distance from the city, they must endure it together.

But in that extreme circumstance, the ghosts of the girl’s past creep into her mind, gradually making her lose her mind.

A cold and inexorable descent into madness

The Lodge is an excellent family thriller with an omnipresent palpable creepiness that makes it one of the best movies of 2019.

It is a drama built on just four characters, which constantly interact in disturbing and unexpected ways.

By making each other uncomfortable, they are unwilling to support each other, and their relationships quickly deteriorate.

The first memory in every moviegoer’s mind is the terrifying family portrait of The Shining.

From Stanley Kubrick‘s masterpiece, this movie inherits the anguish and claustrophobia of a situation with no way out.

In this case, however, there is no need for supernatural elements such as the ghosts of a cursed hotel.

Unfortunately, the human craziness is sometimes more than enough to trigger terrifying nightmares ever seen.

This family relationship, already unstable initially, degenerates definitively with isolation and fear of the unknown.

At some point, the pressure is such that it becomes impossible to separate truth from crazy hallucinations and religious delusions.

Then guilt mixes with a desire for revenge and retribution, bringing buried feelings and words never spoken to light.

I love that the story mainly talks with images, sounds, and unobtrusive music instead of a useless verbose narrative.

The house becomes a nothingness limbo similar to purgatory, where everyone relives their past and pays for their sins.

Progressive detachment from reality works with a slow and sumptuous pace, like a gradual fall into a labyrinth.

The dark interiors contrast beautifully against the blinding white of the snow outside, creating a surreal atmosphere.

Finally, The Lodge‘s cruel ending is an exclamation point on what will become a cult movie, perhaps long after 2019.

In the poker of actors in this thriller, outstanding protagonist Riley Keough stands out above all.

Seemingly delicate and harmless, she hides a personal hell fueled by the reluctance of children to accept her.

Barely able to keep up this precarious balance, she will eventually run out of hope without her medication.

The two child actors, Jaeden Martell and Lia McHugh, are equally good, perfect as both victims and perpetrators.

It is never evident whether they are innocent or ruthless creators of this cruel human theater until the very end.

While I understand their family trauma, I admit that initially, their ruthlessness chilled me.

Richard Armitage is just as effective as the father, although he is almost a secondary character given the small amount of time.

Even shorter but brutal and shocking is Alicia Silverstone‘s small cameo at the beginning as the suicidal mother.

A character that with her lucid madness and ending her life will mark the mind and fate of her children.

After already the excellent Goodnight Mommy in 2014, this pair of directors shows a talent that promises great things in the future.

Dealing with the same theme of emotional alienation, they stir the ingredients into a delicious and unmissable new cinematic dish.

Their narrative style reminds me of Ari Aster in some perfect and disturbing films like the recent Midsommar.

So let’s hope that horror continues to contemplate movies like 2019’s The Lodge, made more about plot and psychology than just blood and violence.

Allied – Love In The Shadow...