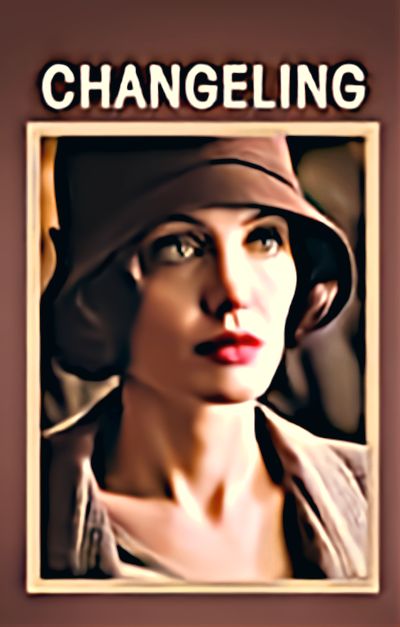 Past the age of 90, Clint Eastwood continues to churn out films so good that we sometimes forget about the ones he’s already made, like 2008’s Changeling.

Incredibly inspired by a true story, we follow a young single mother who unfairly ends up in a psychiatric ward during the 1920s.

The woman lived alone with her small child, while the economic period was not easy due to the financial crisis.

Despite the situation, she keeps her small family living in an acceptable state of well-being.

One day, the unthinkable happens, and coming back from work, she discovers that her son has disappeared into thin air.

Contacting the police, they immediately begin a nationwide search that goes on for months.

Eventually, the investigation seems successful; they find the child and return him to his mother.

But at that point, the woman becomes angry and protests vigorously because that is not her child.

In embarrassment over the incident, the police absolutely denied any mistake and locked her up in an asylum.

While psychiatrists try to force the woman to recant, the reverend of her church begins searching for her when she disappears.

When he discovers her whereabouts, he triggers a media outcry, and an immense public outrage begins to follow the case.

Under public pressure from across the nation, doctors and police must give in and release her to avoid scandal.

However, after release, the real battle against injustice and discovering what happened to her son begins for the woman.

When a mother’s love is stronger than injustice

Changeling is a dramatic film about one of the most shocking episodes in American justice history.

This story shook the nation’s conscience profoundly and challenged their trust in authority like an earthquake.

The police were guilty of first abandoning, then imprisoning and openly opposing a defenseless single mother.

Once exposed, cops could not justify the absurdity of locking her in a psychiatric ward.

Even worse, their futile denial of any wrongdoing later reveals the terrible fate of her son and numerous other children.

Indeed, while they were wasting time to save face, a psychopath was killing her son on an abandoned ranch.

The relentless resolve of the mother seeking justice for her son had significant consequences in the Los Angeles political establishment.

The court thundered a sentence of great outrage at the captain and the inefficiency of law enforcement.

Many officers lost their jobs, and their respectability was held insanely responsible for this incredible and sad story.

Clint Eastwood packs a punch in the stomach to the American establishment, turning a cop show into a tragic joke.

Moreover, the director shows us the physical and psychological brutality inside the asylums in those years without censorship.

Doctors didn’t hesitate to use the most brutal treatments, such as cold showers or electroshock, to make the patients calm.

Finally, like icing on a dramatic cake, we also have the horrific story of Gordon Northcott.

A pedophile serial killer to whom the police arrived by investigating the disappearance of the protagonist’s son, one of the many victims of this madman.

The poor lonely mother will have to fight against all this and find formidable allies that will help spread her story worldwide.

The cinematic art from one of the greatest living American filmmakers

Witch Changeling, Clint Eastwood makes one of his most exciting, ruthless, and sadly grounding in truth films.

The director combines those times’ bare and straightforward staging with a huge scenic reconstruction with the great class.

The photography and editing are elegant, following this tragedy with discretion but without neglecting the horrors that this woman faces.

Angelina Jolie is beautiful, profound, and intense in an extraordinary performance in perhaps the best role of her entire career.

The actress sheds her sex symbol status, humbly becoming an ordinary person with whom every mother can empathize.

Her personal judicial and family odyssey is as disturbing as terrifyingly believable for a frighteningly realistic staging.

The psychiatric ward where the police decide to lock her up becomes a circle of hell with no way out.

Against her, all the time is an adamant Jeffrey Donovan, in a glacial and relentless performance.

The funny protagonist of the TV series Burn Notice leaves aside his sympathy, playing a cowardly and cruel police captain.

This proud and arrogant man never wants to believe the woman, embodying all the stupid dullness of bureaucracy.

Unable to admit his error of judgment, with his choices, he will condemn the young woman’s son to death.

Changeling was a commercial success film with critics and audiences alike, grossing over $100 million worldwide.

Personally, I recommend it along with Eastwood’s legendary filmography, both as an actor and as a director.

His indelible cinema with a wise old face is always in fashion and will never fade.

So, like every year, we always look forward to his next film coming out in theaters.

Copshop – A No Way Challenge Between Lunatic Killers