Bullitt – An Outstanding Cop In A Famous Old Crime Movie 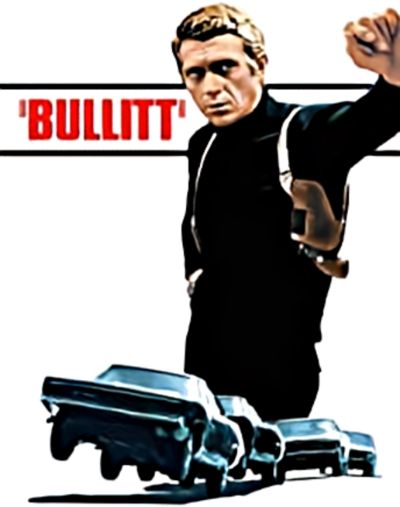 When we talk about Bullitt, we deal with an essential 1986 cult movie in the long career of Steve McQueen.

Frank Bullitt is an esteemed and famous cop throughout the San Francisco Police Department, where he is practically a legend.

Even his name sounds like a bullet, and precisely that, he works straight and honest to the target.

Because of his fame, his superiors assign him to protect the main witness in a trial against a criminal gang.

In order to safely spend the wait anonymously, they transfer and guard him to a hotel under an assumed name.

However, when he leaves the room for a few hours, things immediately go wrong, and some criminals burst into shooting.

When the policeman arrives, it’s too late: the witness and a young colleague are already in a desperate condition.

At that point, a well-known and influential politician, whose career depends on the case, decides to put all the blame on him.

But there’s something suspicious about the attack, which prompts Bullitt to transfer the witness’ body from the hospital, pretending he’s still alive.

Given the speed and ease with which they were discovered despite precautions, he suspects that some cop tipped them off.

The move is hazardous but could allow him to investigate in the right direction without wasting time on politics.

Indeed, the criminals, unable to discover anything else, take Bullitt as their target, chasing him all over San Francisco.

Fleeing from the bullets of his enemies, the policeman will eventually realize that they, too, have been fooled by an unsuspected and ingenious set-up.

Once upon a time in San Francisco

Bullitt is a classic 1968 cop movie, full of tension and challenging, unscrupulous characters.

Steve McQueen is an absolute legend in a detective story beyond the genre, joining the Olympus of cinema.

This cop is just trying to do his job, despite the dirty and manipulative interests of the city’s politicians.

Anxious to conclude the case, they do not hesitate, foolishly, even to obstruct and interfere with the investigation.

Perhaps the plot is sometimes unnecessarily complicated and has some hesitation, but it’s all so cool that we do not care.

The story’s pace goes up and down like a merry-go-round, skillfully alternating between investigation and spectacular action scenes.

Undoubtedly, the iconic Ford Mustang chase is one of the most beloved films in history.

Speeding down and up the streets of San Francisco, it initially flees the criminals and then chases them in turn.

We see one of the most exciting car races in ten minutes, although also with some editing errors.

While not a blockbuster, this film undoubtedly remains one of the high points of American crime filmmaking.

Fully showing the American spirit without feigned goodness or excessive badness, it still honors the stars and stripes flag.

The spirit of independence and personal initiative, in fact, in my opinion, embodies the great American dream better than anyone else.

It is a spectacular and exciting story, where the city’s staging and the characters are almost more important than the plot.

In short, Bullitt is a thrilling three-day cop movie with the scum of crime and the worst politicians of 1986.

Steve Mcqueen adds another outstanding character to his incredible career as a movie star and unquestionable sex symbol.

Intelligent and thoughtful, this man always reacts promptly with a joke or with the chilly silence of his inimitable gaze.

He’s an incorruptible and tireless cop hunting criminals relentlessly, as in the frantic final chase at the airport.

But he also has his doubts and passions, trying to keep his beautiful, inquisitive girlfriend out of his world.

The sexy Jacqueline Bisset plays this role, adding a touch of femininity and delicacy to an otherwise wholly masculine story.

Initially annoyed that he doesn’t talk about his work, she will change her mind when confronted with a strangulation victim.

Although she is an extraordinary actress, she is a secondary character with little time and perhaps even a little bland.

However, her arrival in a yellow Porsche spider is hard to forget, especially for the male audience.

Peter Yates directs probably his most famous film, confirming himself in the following years with the excellent Krull and Suspect.

The tremendous visual research of each frame still pays off in quality, being modern and exciting even today.

Each scene is skillfully constructed with style and elegance while managing to be raw and realistic.

The director covers San Francisco with a fascinating noir atmosphere while using a modern style for those times.

The cinematography splits between the dangerous darkness of the night and the bright sunshine of the San Francisco days.

Many films later imitated this style, such as the famous Inspector Callahan saga with Clint Eastwood.

Bullitt is also this cop-type, atypical for a 1986 movie, far from perfect, and makes mistakes like anyone else.

Personally, it holds a special place in my heart, and I hope to entice anyone who doesn’t know to watch them.