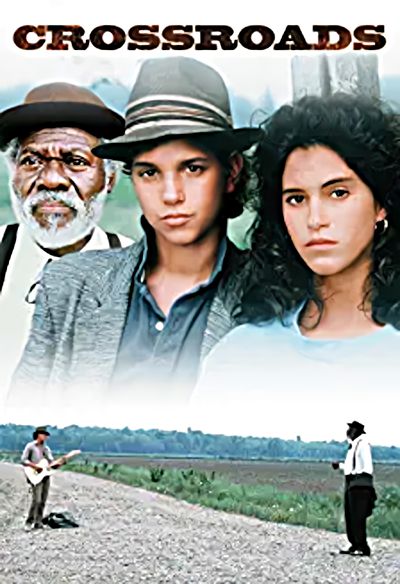 The main character is a young New York guitarist obsessed with an old blues artist from the 1930s.

He had recorded a collection of 30 songs, of which, however, only 29 reached the public.

To find the lost track and maybe re-adapt it to a new cover, the boy finds an old buddy of the bluesman.

He is an old man, long retired from the music scene, he lives in a hospice hospital in his city.

Trying unsuccessfully to talk to him, the boy gets hired as an orderly so he can finally meet him.

The eldest proposes a deal: he gets his song if he escapes from the hospital and gets back to Mississippi.

The escape succeeds, and they hit the road, quickly realizing they must hitchhike the old-fashioned way with no money.

Seeking shelter in a cabin for the night, the two meet another girl on the run from her troubled family.

Getting together, they try to make it to Mississippi while avoiding getting into trouble with the police and local criminals.

But before their final destination, they must make one last stop at a lost crossroads in the middle of nowhere.

At that very spot, the old singer had sold his soul to the Devil in his youth to become a brilliant bluesman.

Now nearing its end, the demonic contract is also about to expire, and he must pay the price.

Racism and magic in the Delta of Mississippi

From way back in 1986 to today, Crossroads is still one of the best music movies ever.

It’s a lovely journey into Mississippi’s blues heartland, the cradle where countless talents of the genre grew up.

The story is an unusual coming-of-age tale for a young musician, accompanied by an old talent on his way down.

Making their way without money but with great passion, both are searching for something within themselves.

The young man desires the opportunity to play the kind of music he loves, instead of just what the school imposes.

In this sense, perhaps his teachers at Juilliard are not very credible, seeming too stupid and obtuse.

On the other hand, the old know his final days are coming and won’t live in a hospice.

This story stylishly combines the old cliché of the deal with the Devil with the treasure hunt of a lost song.

As a curiosity Robert Johnson, who would write this mysterious 30th track, was indeed a blues great.

Also, a legend says he sold the Devil his soul for incomparable talent with the guitar.

Like any legend, we are free to believe it or not, but the singer was a spark that ignited future generations with his music.

Inspiring artists like Jimi Hendrix and The Rolling Stones, Johnson stands among the early fathers of the Delta Blues style.

It was a style struggling against the KKK ignorance and racism rampant in those sad American years.

As we see from the recent years’ chronicle, that’s a struggle that unfortunately continues today.

Cinema and music that no longer exist today

Crossroads was a cult movie for Blues lovers in 1986, although not sure how many still remember it today.

Without a doubt, it is among some of my favorites of Walter Hill‘s fantastic filmography.

Unfortunately, this filmmaker is no longer famous like back then, though he remains formidable as 2016’s The Assignment demonstrates.

In my opinion, he will forever be among the most skilled in combining cinematic art with great entertainment.

Fresh off the success of Karate Kid a few years earlier, Ralph Macchio plays the young blues enthusiast with the nickname Lightning Boy.

Instead of the wise Pat Morita/Miyagi teaching him martial arts, the grumpy Joe Seneca teaches him music and life.

This stubborn old man is not always honest and intelligent; however, his tired eyes know the world and its cruelty.

Therefore, the lost song search becomes a passage ritual between adolescence and adulthood.

This ritual ends not with the final guitar duel, although it is a magnificent cinema and music highlight.

But I think the most crucial moment is his brief love affair with the young rebel Jami Gertz.

Trying to protect her, the sexy drifter makes a man out of him only to abandon him and go on her way.

The moral of a movie like 1986’s Crossroads is to become a true artist; you have to find the right people to love and fight with.

Surrounding yourself only with those who agree with you does no good, but we must find our voice and make it heard loud and clear to the whole world.