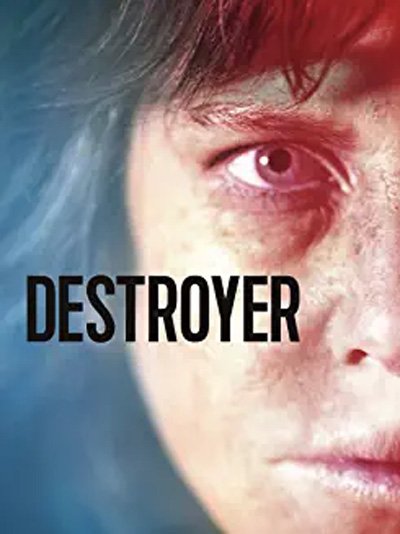 Destroyer is one of the lesser-known movies starring Nicole Kidman, released in 2018 by the talented director Karyn Kusama.

The story follows the last days of a Los Angeles detective who lives in loneliness and alcohol.

Indeed, the woman was a young recruit working undercover with another cop many years earlier.

Besides being colleagues, they were also lovers, and together they tried to infiltrate a dangerous gang responsible for numerous robberies.

Unfortunately, the operation ended in tragedy, and the man died while she survived pregnant with a baby girl.

Years later, she has an awful relationship with her daughter, who hardly speaks to her anymore.

In addition, her constant drinking is ruining her career, and all the other cops avoid working with her.

However, one day, she discovers that the old gang leader is back in town for a robbery, talking to one of her informants.

Acting covertly from the police, she tries to find out where and when they plan to attack.

She has no intention of arresting and bringing them to justice but wants revenge for the long-ago incidents.

The gang leader is anything but easy prey, being very smart and charismatic.

But his accomplices are not as clever, and she succeeds in catching some and making them talk.

At that point, she’ll finally decide whether to want to go to the end, engaging in a crazy fight alone against the entire gang.

An inconstant but skilful filmmaker

Karyn Kusama has always been a peculiar filmmaker, her work here constantly traveling between highs and lows.

However, I acknowledge her talent behind the camera and her ability to choose intriguing stories.

So I’m very sorry she worked mainly on TV series and not for cinema in the last few years.

The director indeed debuted with some films, maybe not entirely perfect, but always very interesting.

After the entertaining Girlfight, Æon Flux, and Jennifer’s Body, she had arrived at the magnificent and little-known The Invitation.

This last film shocked me, being a tense thriller about cruelty and human madness inside a small dinner with friends.

I can’t say that 2018’s Destroyer reaches that level of perfection, but it’s an excellent middle ground compared to the other movies I mentioned.

The story unfolds with good pacing and narrative in flashbacks between the present and the past.

Los Angeles is photographed in a raw and realistic way, far from the glossy beauty of many Hollywood productions.

Also terrific are the few action sequences, such as the final robbery shot with great simplicity and elegance.

The circular construction closes the story perfectly in the way it begins, reminding a lot of Carlito’s Way by the great Brian De Palma.

Summing up, this movie is a very particular mix that can be liked or not, but surely it doesn’t leave indifferent.

In addition, let’s talk about it a little better, we have a gigantic performance by an exceptional star like Nicole Kidman.

The extraordinary Australian-born actress is practically present in every scene, carrying the film entirely on her shoulders.

Although this is not the best story she has ever acted in, I think her performance is one of the best of her career.

If I may offer criticism, I feel that perhaps she didn’t need such heavy makeup to ugly her so much.

Her talent was more than enough to embody the pain and remorse of this woman, a victim of a tragedy she never got over.

In addition, the actress also does very well in the various action scenes, with a believable muscular presence for such a petite woman.

Another criticism I want to make is that perhaps the other characters lose something by centering so much around her.

Among all, including the leader of the criminals, no one, unfortunately, has the same charisma as the protagonist.

I’m not saying they are not attractive, but surely the challenge would have been more intense with other, deeper characters.

The only one who holds her own, in my opinion, is the young Jade Pettyjohn, who plays the daughter.

Unfortunately, she doesn’t appear much, but the few scenes against her mother are the best and most meaningful.

In short, 2018’s Destroyer is a movie about revenge and redemption, with a moral I can’t say I fully understood comes to an end.

I can say that the direction is excellent, the protagonist is phenomenal, and the story is exciting.

All this is already enough to merit a viewing since such qualities we do not find every day.

Famous And Fascinating – Movies With The Awesome Johnny Depp