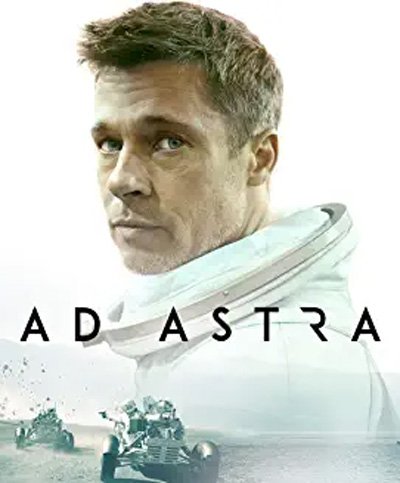 Unfortunately, I had missed Ad Astra in theaters in 2019, yet I finally found this movie on Prime Video streaming.

I read mixed opinions about it, dividing the audience between those who love it and those who hate it.

The story is about the long journey on an important mission of an Army astronaut.

His commanders, admiring his heroism, send him to a scientific station at the edge of our solar system.

Several energy pulses have come from that area for some time now, paralyzing electrical systems and causing numerous accidents.

It’s personal to him because the leader of this science station is his father, a hero of the space program.

To make matters worse, this man is going through a painful time in his life after separating from his wife.

Eager to have a second chance with his father, he immediately travels to the moon.

A shuttle awaits to take him to Mars, where it is the last human outpost before his final destination.

Unfortunately, the military has not told him everything; indeed, he soon discovers a horrible tragedy behind this story.

His scientists longed to return home, and during a mutiny, his father made a massacre among his men.

Once he arrives on Mars, the astronaut sends a series of messages to bring him back to reason.

After numerous attempts, they eventually get an answer, but his superiors exclude him from the mission.

Finally, he will be the one to mutiny, disobey orders, trying to reach his father before it’s too late.

The emptiness of space and the human soul

As mentioned, there are very different opinions about Ad Astra, each of them quite extreme with no reasonable middle ground.

I lean more towards the positive extremes, appreciating the great work of direction and screenplay by James Gray.

Brad Pitt‘s journey to the stars is equivalent to a trip into the soul of a lonely and unhappy man.

The abandonment of his wife takes him back to his youth when it was his father who abandoned him for his mission.

A figure he thought he had forgotten but instead suddenly reappears in his life, endangering all humanity with his mistakes.

Like his father, he is wholly devoted to his work, space exploration, which consumes his mind and all his time.

In this sense, the silent emptiness of the space reflects the affectionlessness of his life, now devoid of people he truly cares about.

His first appearance on the screen is very explicit: like every day, he starts to work smiling at his colleagues.

At the same time, we hear his sad thoughts, entirely at odds with his jovial appearance.

His voiceover will accompany us throughout the journey, as the man finally detaches himself even from the army, his last true family.

As we cross the new colonization frontier between sheriffs and space pirates, it will be easy to feel as lost as the protagonist.

Ad Astra is not a movie everyone will enjoy, yet I recommend giving it a chance, at least on streaming.

I think you will understand very soon if this genre is for you or not, but if you can make it to the end, it will be worth it.

Classy Sci-Fi with aesthetics and substance

From the beginning, it is clear that James Gray aims to make a work of reflection rather than an action movie full of special effects at a high pace.

The plot is basically straightforward, almost minimal, but opens the door to many facets and interpretations.

In addition, I hazard to say that Brad Pitt gives his career the best performance.

Abandoning the years of his youth as a sex symbol, the actor matures into a complex and introverted protagonist.

His voice acts as a link between the various scenes, representing the regret of an unhappy life but without being too invasive or tear-jerking.

Tommy Lee Jones is at the end of this journey for a beautiful and rare encounter between father and son.

The exact moment we get to know him, then we better understand the meaning of his son’s journey.

His work obsession and disregard for family or any affection in general; all of this is actually the inheritance from his father.

“I never cared about your little lives,” this man says, speaking of the wife he abandoned on Earth without a second thought.

That’s why the scientist runs away to Pluto, where his son will chase him for a final catharsis that I don’t want to spoil for anyone.

Ad Astra was a movie deserving of theatrical experience, and its message still comes through even watching it on streaming.

Every frame has its meaning, every silence has something to say, and every character has a moment of importance.

As for me, once I got to the end, my only regret is that I wished I had more of this story.

So I’m hoping to intrigue someone to watch it because I think stories like this don’t come along every day.