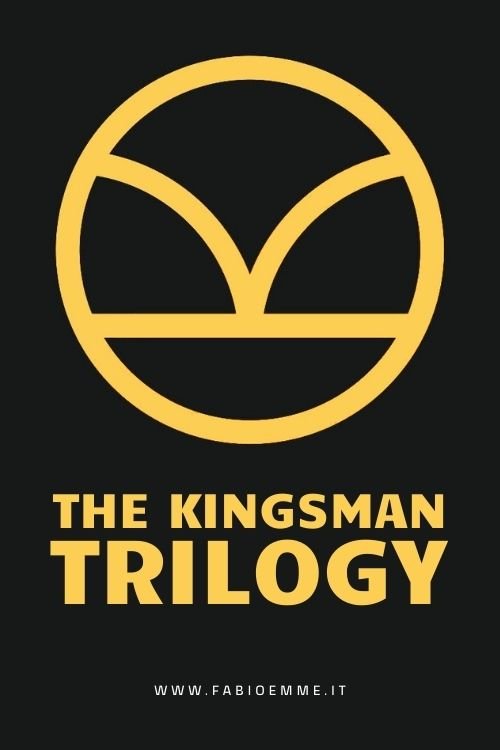 The Kingsman saga is a trilogy of action spy movies along the lines of James Bond but in a younger, funnier way.

Instead of the immortal and charming Sean Connery, in this case, there is the young and friendly Taron Egerton.

Starting as a simple boy from the London streets, the protagonist passes a brilliant training becoming the best spy in England.

At the helm, we have the excellent Matthew Vaughn, an expert in blockbusters with a fast and elegant cinematic style.

After a long apprenticeship as a laborer and screenwriter in Hollywood, this English boy made his directorial debut.

His first films, Layer Cake and Stardust, are intriguing and original, immediately demonstrating his skill and creativity.

However, with the following Kick-Ass and X-Men: First Class, he succeeds at the box office, conquering audiences worldwide.

At that point, the director is finally free to pursue his projects, making the Kingsman trilogy we’re going to watch today.

The first chapter of the trilogy begins with a Kingsman agent on a mission in the Middle East who sees a young soldier die in his place.

Intending to repay his sacrifice somehow, when the opportunity to recruit arises, he decides to give his son a chance.

The boy strongly desires another life, away from poverty with his mother and a rough and violent stepfather.

Initially, he seems to be at a disadvantage compared to the other candidates, who come from wealthy families and have a better culture and attitude.

But when it comes to the decisive moment and the most difficult challenge, he emerges from the group and is promoted as a secret agent.

Meanwhile, the tycoon of a computer company is launching a new cell phone with a free internet connection.

All the people obviously react enthusiastically, rushing to buy the new thing on the market.

The businessman’s offer is not out of generosity but hides a secret plan to reshape the world to his liking.

His technology allows him to unleash insane aggression on his users, except those he has provided protection.

At that point, the only ones who can try to stop him are the agents of the Kingsman, including the new young recruits who have just joined the agency.

Running against time, these skillful spies will have to hurry to stop this madman’s countdown to an apocalypse of uncontrollable global violence.

The Kingsman trilogy continues a year after the first chapter, with a former cadet who wants revenge on the protagonist.

Initially failing to kill him, his betrayal becomes even more cruel and deep when he successfully infiltrates the agency’s computer.

Discovering the secret locations of all the agents, the mysterious organization he works for kills them all at once.

The only ones to survive the attack are the young hero of the first movie and Merlin, Kingsman’s loyal handyman.

Out of resources and clueless, they only know the group’s name that organized the carnage: The Golden Circle.

So they decide to follow their bosses’ strange contingency plan: a simple bottle of whiskey whose label reads Statesman.

Therefore, the two survivors discover that in the United States, there is a parallel agency to theirs.

Once they come into contact, these spies are logically mistrustful, but all of them must immediately face a new threat.

Indeed, the psychopathic queen of the biggest drug cartel has decided to blackmail the American President.

The woman is tired of living in the shadows, so she demands that the government legalize her businesses.

Her criminal group has poisoned every narcotic in the world with a lethal toxin.

The poison acts slowly but surely, leading from insanity to paralysis and finally the death of every infected person.

If the President signs the laws she requires, she will grant the antidote; otherwise, she will let everyone die.

Once again, the tireless spies battle against time to find and destroy the secret lair of this evil Golden Circle.

We go back to the early 1900s watching the Kingsman origins with the last movie in this trilogy.

After witnessing his wife’s tragic death, an English duke founds a private espionage company away from political bureaucrats’ interests.

His first maid and his faithful servant are Joining him, skilled in combat and cunning strategists.

Both help him build a network of maids working for the cause, capable of infiltrating everywhere and obtaining information.

In addition, the man must raise his child, who shows an irrepressible desire to fight after the murder of his mother.

From one side, the man watches helplessly an escalation of hostilities between the kingdoms of England, Germany, and Russia.

On the other, he must keep his adolescent son under control, who wants to join the army at all costs.

At the beginning of a conflict never seen before as the First World War, the Duke does not tolerate seeing him march to certain death.

However, the boy deceptively enlists, ending up in the other soldiers’ trenches.

At that point, the emerging Kinsgman Agency must track down the culprit driving nations to war.

Indeed, a mysterious Scotsman called The Shepherd commands a group of conspirators from a distant mountain.

His men work closely with the various rulers, pushing them inexorably toward the madness of conflict.

If they cannot stop him, the madman intends to bend even the President of the United States to his will, preventing him from helping England.

While young soldiers all over Europe die by the millions, Kinsgman becomes the only possibility of salvation for the whole of humanity.

Final thoughts about the Kinsgman trilogy

Matthew Vaughn‘s direction is spectacular and entertaining, creating a unique mixture that will work in any scenario.

The British director takes the best of what he learned in his experience with Kick-Ass and X-Men.

The action scenes are highly violent and splattering, yet the humor mitigates the gore by constantly making you laugh.

I recommend the first two movies without hesitation or even wanting to find any fault.

I consider it perfect entertainment, especially for the two phenomenal villains like Samuel L. Jackson and Julianne Moore.

As for the last prequel to the trilogy, I admit that it is only for true fans of Kingsman.

The story it wants to tell has too much drama than the previous ones, ending up, in my opinion, being unbalanced.

It’s not a bad movie, mind you; it’s an original carousel of various historical figures such as Lenin, Rasputin, or President Woodrow Wilson.

Unfortunately, it lacks the comic momentum of the first two chapters, becoming an adventure too serious and less genuinely light and childish.

Also, another aspect to consider, even the action scenes are much less than the long conspiracy thriller sections.

They’re still enjoyable in the usual fast-paced, elegant style but too few in the more than two-hour running time.

One thing’s for sure; we have a great protagonist as Ralph Fiennes, an infallible actor in any role.

In conclusion, we have two excellent movies out of three with the Kingsman trilogy, considering the last one, however, is still decent.

So we will see how it will end since the filming of the fourth chapter will begin next year.

I will certainly see it at the cinema, like the other fans who have paid almost a billion dollars worldwide to watch them.