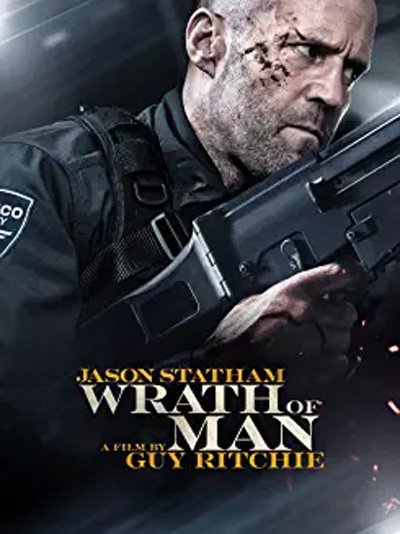 While it was challenging to go to the theatre, some exciting movies arrived in 2021, such as Wrath of Man.

After a brief prologue with an armored car robbery, the story begins with a job interview.

A taciturn and reserved man is the protagonist trying to get hired by a security company.

The company is the same as the heist a few months earlier, losing two guards who the thieves brutally killed.

After a series of exams passed not exactly brilliantly, the man still gets the job.

The boss places him in a team that doesn’t welcome him very well, given his swaggering and defiant attitude.

However, in the first emergency, the man does great, killing some criminals by himself without any problem.

Soon he earns the respect of his colleagues and superiors, although this doesn’t seem to interest him much.

Indeed, his real goal is to find out who among the guards is the informer of the robbers.

During the assault a few months earlier, they had killed someone close to him, who was accidentally there just then.

While these criminals plan one last big heist to retire for good, the man is right at the center of the plot.

Revenge must be cold… cold as a bullet

I usually admit that I’m not a big fan of Jason Statham, an action star that didn’t entirely convince me.

Let’s say that he lacks a lot of self-irony compared to his colleagues like Sylvester Stallone or Arnold Schwarzenegger.

Despite this, I liked a lot of movies that he took part in, such as Death Race, Ghosts of Mars, or The Italian Job.

In this role, his stone expression instead is advantageous, sculpting a tough guy of few words and many actions.

His constant silence fuels the mystery of a brooding character about whom we know virtually nothing half the time.

The action scenes are straightforward but without being over the top, as in movies like The Transporter saga.

To be honest, the action scenes are not even very many, except for the frantic final act.

Such a system of separate flashbacks keeps the interest high in a plot otherwise liable to be the usual banal revenge.

Instead, the relationships between these guards and thieves are fascinating, building an intriguing criminal ecosystem.

There are no good guys in this world, and no one can or should ever truly trust anyone else.

Summing up, Wrath of Man is a classic 2021 action movie, hiding a bit of noir spirit above the average.

A director with talent, but not always fully exploited

About Guy Ritchie, it’s a little bit like what I said about Jason Statham.

His movies always entertain me in the end but often leave me feeling that he wastes his talent.

Don’t get me wrong, I don’t want to be arrogant, and I’m not too fond of those being too critical of simple entertainment.

But I see a big difference between some very well-made movies, like this 2021 Wrath Of Man.

Or, even better, I adored the wonderful The Man from U.N.C.L.E., hilarious and refined mix of retro and modern style.

It’s a spy story that I always gladly revisit and whose sequel I haven’t yet given up hoping to see.

In this case, the story is simpler and with less humor, but its narrative flows perfectly smoothly.

Jason Statham‘s impassive Terminator face works well with this character, hermetically shut off from all emotions.

Moreover, we witness the excellent director’s hand in every frame, from the use of camera angles for dialogue to the violent action scenes.

We also mention the good supporting actors such as Jeffrey Donovan, Josh Hartnett, and the excellent Andy Garcia, who unfortunately has few minutes.

In short, Wrath Of Man has everything for action lovers and is one of the best 2021 movies.