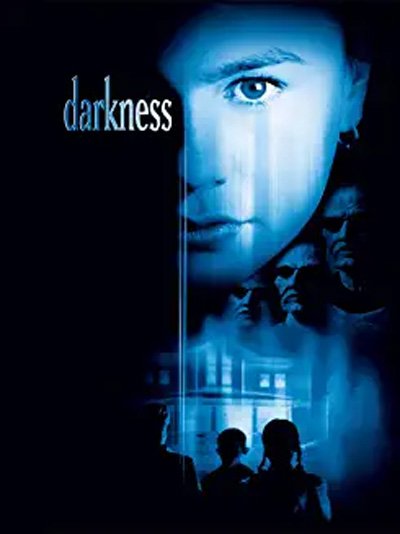 In 2002 a movie by the imaginative and original Spanish director Jaume Balagueró, Darkness, was released in theaters.

The story begins 40 years earlier, in a luxurious house in the Spanish countryside.

Suddenly the door swings open, and a child comes out screaming, fleeing from a cult performing a magical ritual.

Presently, a new family arrives to live in the same house, abandoned since then.

However, the initial wonder of living in that beautiful place ends very soon.

One by one, all the family members begin to see and hear strange figures and noises in the dark.

The situation becomes progressively more oppressive, causing constant arguments between the children and the parents.

To understand what is happening, the oldest daughter begins to investigate the origins of that house.

With the help of her new boyfriend, she soon discovers what happened 40 years earlier.

Indeed, the runaway child was the only survivor of a massacre, coinciding with the passage of a comet.

It was a cosmic event about to repeat in those very days when the sect survivors might try again.

Fearing for his little brother’s life, he decides to defend him at all costs from his father’s growing violent paranoia.

However, she eventually discovers how she has totally misunderstood the magical ritual intended to awaken the forces of evil from total darkness.

In the words of the wise Giancarlo Giannini, here playing the grandfather, the darkness is the greatest fear of all children.

An irrational terror that crosses all cultures and eras frightening our little ones with unknown monsters hiding in the shadows.

Jaume Balagueró exploits this theme to the highest level, crafting a fantasy thriller with a magnificent horror atmosphere.

In addition to the magical rituals plot, the director inserts the classic struggling family stereotype into the story.

Initially loving and united, it falls apart, starting with the father like other famous movies such as The Shining or Amityville.

Given the subject matter, obviously, much of the tension and fear in the scenes comes from the thin line between light and dark.

The staging of this huge haunted house is both elegant and decadent, putting the protagonists in awe.

But what works best of all is the narrative’s pacing, which rests on a perfect script.

The twists and turns follow each other without interruption from beginning to end, turning roles and characters upside down in a cruel slaughter game.

In short, Darkness 2002 is a movie that can appeal to everyone and not necessarily only horror lovers.

It was a tremendous little Spanish production that of the imaginative power its strong point, thrilling like few other similar stories.

An American Family in the Spanish Darkness

Obviously to realize a movie so centered on the characters’ psychology was necessary a cast of excellent level.

Iain Glen leads this American family, who changes from loving to terrifying slowly and believably.

This father comes with a sad past with a strange illness, which mysteriously returns after so many years.

On the other hand, Lena Olin is the mother, worried about her husband but perhaps a little too dismissive of her daughter.

The beautiful Swedish actress plays a vain and somewhat naive woman, although she is kind-hearted and gentle deep down.

Unfortunately, she ignores every warning from her daughter, the equally enchanting Anna Paquin, famous star of the True Blood series.

The girl is the first to notice the evil influence of the house and will later be the last to close the story.

Finally, let’s mention again the great Italian actor Giancarlo Giannini, who, even though he only has a few minutes on the scene, immediately conquers the audience.

His dialogues/monologues are the best of the movie, explaining a complex plot with great effectiveness and simplicity.

Summing up, Jaume Balagueró confirms his talent after the terrifying psychological horror Nameless in 1999.

But it will be only in 2002 with Darkness that he will impose his movies to the general public, becoming one of the most exciting directors of the Spanish scene.

So far, a career that is without mistakes, coming to the entertaining heist movie Way Down in 2021.

Men And Beasts Movies – The...