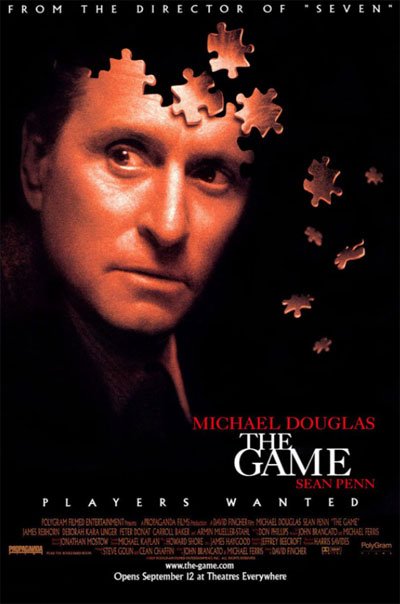 In 1997, two years after the great success of Seven, David Fincher arrived in theaters with his next movie, The Game.

Audiences loved and hated this story, appreciating it in part but mostly criticizing and quickly forgetting it.

In short, the main character is a wealthy and equally lonely businessman.

No one visits him in his vast mansion on his birthday, except for his younger brother.

With him, he has always had a complicated and conflicting relationship, especially after the dramatic suicide of their father.

However, his brother takes him to dinner at a restaurant and gives him an exceptional gift to celebrate the occasion.

A strange entertainment company runs this game, which promises to change his life forever.

The man is initially skeptical but then goes to the venue anyway to learn more about this gift.

The people in charge of the company don’t explain much about the rules to him, making many medical and psychological examinations.

He leaves pretty disappointedly, returning to his former life and managing a delicate time for his business.

Afterward, he begins to find strange messages and clues to this game in the most unexpected times and places.

Slowly these puzzles become obsessively disturbing and dangerous, involving a mysterious blonde he met in a club.

Together with her, the man must escape from this complex labyrinth of mirrors and deceptions, trying to figure out what is really behind it.

Luxury direction of a movie to experience and not to understand

Ever since I saw The Game back in 1997, I honestly can’t decide if I really like this movie or not.

What I can say for sure is that it is an experience worth trying.

Without spoiling it, the ending leaves a sense of confusing satisfaction, but even makes a mockery.

Yet participating in this game is worth it, in my personal opinion.

The plot is quite far-fetched for much of the film, becoming forgettable when entirely unfolding.

You might then ask me: sorry, but why do you recommend seeing it at this point?

Because as I have said on many other occasions, the direction in some cases is everything.

David Fincher confirms this idea to one hundred percent, reanimating an otherwise already cold corpse with his style.

Starting with an unlikely intrigue, he works by moving an otherwise flat and empty story forward with his talent.

He builds palpable anxiety and tension through the somber staging of each scene and sublime editing.

Even when we don’t understand what this story is about, it enraptures us with its mysterious and fascinating atmosphere.

Unfortunately, when the curtain finally rises, and we see the magician’s tricks, this magic somewhat fades.

However, as long as this great director’s sleight of hand keeps us on our toes, it’s an experience definitely worth trying.

Ultimately, 1997’s The Game suits those who generally appreciate cinematographic art rather than someone who only likes movies.

Even without rules you can play the game

Besides the direction, we also have characters that work much better than their story.

Above them, of course, is the superb Michael Douglas, one of my favorite actors from my childhood and adolescence.

Here he plays a billionaire who keeps people at arm’s length, behind an impenetrable armor of composed and polite superiority.

He is rich in the wallet as much is poor in human relations, limiting interacting only with those working for him.

It all changes when his younger brother, a neurotic Sean Penn, steps in, being the only one to stand up to him.

Although weaker and more insecure, he is a happier man, living freely instead of staying within the confines of his home and work.

The game he gives his brother turns all the rules of what Douglas believes in upside down, waking him up from his emotional slumber.

It’s not only the risk of dying that shakes him but also his growing feelings for the beautiful Deborah Kara Unger.

She surely deserved more minutes in the movie, as the classic sexy blonde in perfect Alfred Hitchcock style.

Meeting her as a simple waitress, he initially treats her contemptuously, even getting her fired.

But despite the hostility, she then becomes his fellow adventurer, until the many twists and turns of the finale.

The roles change and overturn several times in these twists and turns, perhaps too many.

Yet even though it lacks credibility, paradoxically, this confusion enhances the cast’s skill more.

I can only conclude by repeating giving The Game of 1997 a chance, an exceptional movie.

Probably not everyone will like it, but you can hardly say that watching it was a waste of time.