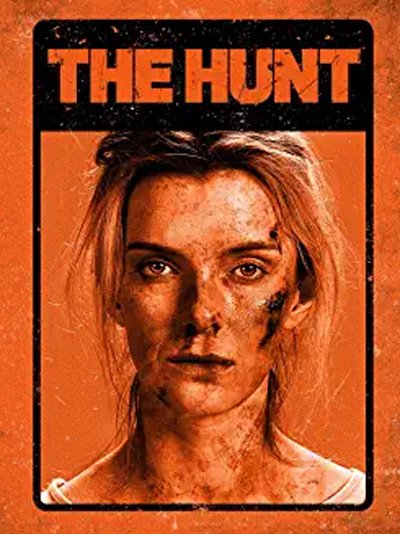 The Hunt is a fun action survival from 2020, written by the excellent Damon Lindelof, famous author of many episodes of Lost.

The story begins with a group of men and women who wake up in a forest with no memory of their arrival.

It seems they don’t know each other and have no idea why they are there or how they got there.

Later, they become even more confused when they find a chest containing a lot of weapons inside.

It all becomes immediately apparent when some strangers start shooting at them from a distance in the middle of the trees.

As these strangers begin to slaughter them one by one, they become human prey for these mysterious hunters.

In a short time, these folks exterminate almost the entire group until only a very few survivors remain.

A taciturn and lonely woman is the only one with the will and the proper training to fight.

Meeting other characters who have escaped the initial attack, they try to figure out where they are and who wants to kill them.

They slowly realize that these hunters have been watching them for a long time and that it is personal.

For years these gentlemen waited for the right opportunity to take revenge on a mistake that ruined their lives forever.

At that point, there is nothing left to do but fight to the end against this mysterious force with unknown motivations.

However, they will not know who to trust since not everyone is what they say they are.

When Little Red Riding Hood has a machine gun

If The Hunt were a fairytale-like Little Red Riding Hood, this time it would be the wolf to worry about.

Actually, if we must make a comparison, it is more appropriate to do so with the old book Animal Farm.

If the book was a childish but cruel and intelligent metaphor of the power of gossip, this movie is no less.

All the violence and revenge come from a silly discussion on social networks, which eventually escalates into a tragedy.

However, the story’s mood is cheerful and ironic, outlining a funny context even if full of stupidity and wickedness.

The action scenes alternate with proper rhythm to portray the characters, flowing smoothly from one to the other.

Describing them briefly but effectively creates a small group of heroes and anti-heroes, each with their reason to exist.

In addition, the story moves continuously through various locations, succeeding each time to displace with something unexpected.

Just as it changes where the action takes place, the relationships between the various protagonists also vary on each occasion.

Until the end, there is uncertainty about who they are, maybe hunters pretending to be victims or people who want to help.

In summary, Damon Lindelof writes a simple story in a cleverly complicated way, clearly enjoying the heck out of it.

Also, by wisely stretching the tension to the end, he wisely doesn’t waste a minute on unnecessary and boring scenes.

Craig Zobel directs a bloody and fun action survival where, at first, it’s almost hard to figure out who the protagonist is.

Indeed, the director begins by switching between different characters, following a series of victims punctually shot down one by one.

Then when we finally arrive at Betty Gilpin, the atmosphere shifts from ironic anarchy to total explosive madness.

Initially a victim like the others, the woman quickly reverses her role, becoming an implacable hunter.

Ironic and intelligent, she never lets her enemies manipulate or trap her in the deceptions they have prepared.

Although she is masculine and aggressive in attitude, we also see her beauty for a brief moment in the finale.

Those few minutes, though, remain imprinted, and we can admire her as a gorgeous blonde in a fancy dress.

As her nemesis, there is the perfect Hilary Swank, the cunning and ruthless hunters leader, who is otherwise all stupid and arrogant.

She’s not coincidentally the only one standing up to the protagonist, even if she doesn’t meet her before the end.

It is a climax where we compare these women’s cunning and strength in a final hysterical fight with no rules.

Through her unique training and tenacity equal to that of the protagonist, she too stands out from the rest.

Moreover, she will explain the reason for this elaborate and bloody revenge, making sense of everything we’ve seen.

The Hunt is one of the best screenplays of Damon Lindelof, already the author of Prometheus and Star Trek Into Darkness.

An ancient fable that deals with ancient feelings and grudges, yet in a modern way exploiting the popular action genre.