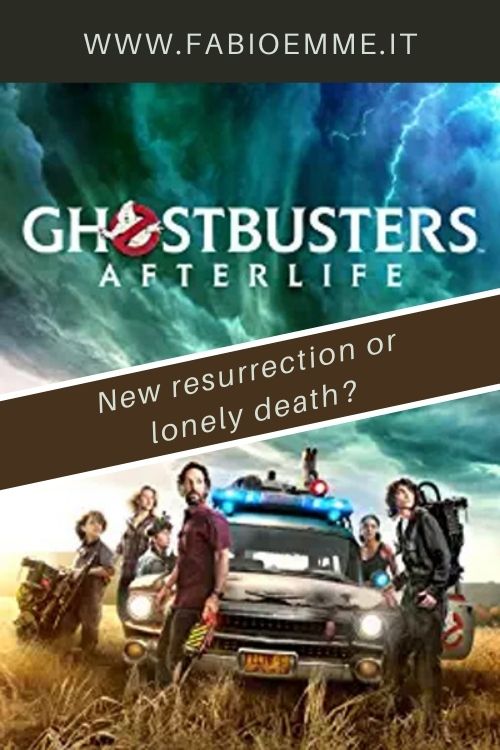 Ghostbusters Afterlife is another attempt to restart the saga, relying on the nostalgia of the former extradimensional monsters Zuul and Gozer.

After the failure of 2016’s all-female reboot, Jason Reitman is in charge of the project this time around.

The public has been waiting for a legacy since he is the son of Ivan Reitman, creator of the two unforgettable 80’s movies.

This director had already shown his talent with Tully, Juno, Young Adult, much appreciated by critics.

However, the apprehension remained, as his ironic and dramatic style is not the same as his father’s wild science-fiction comedy.

Also, these revivals of the ’80s and ’90s successes ( as The Matrix Resurrections) may be getting to tire people.

The public inevitably starts with the idea they have few ideas besides recycling only things that worked in the past.

So what should we expect from Ghostbusters Afterlife in 2021 and its new version of Zuul and Gozer?

Let’s take a closer look at what works and what doesn’t of this sequel, trying to understand if it deserves the name it carries.

Obviously, we notice the change of location, abandoning the charming, noisy and overcrowded New York.

We then move to Carolina, to the small rural town of Summerville, where one of the old busters recently died.

In debt and evicted from their home, his daughter and grandchildren decide to move into the property he left them.

The first half of the film works perfectly, pushing the right buttons on the nostalgia of the old Ghostbusters.

So we have the little nerd, Mckenna Grace, who takes the place of the late actor and director Harold Ramis.

This girl is a bit apathetic and withdrawn but extremely intelligent and ironic, eventually needing a true friend.

Similarly, her mother, Carrie Coon needs a companion, although she doesn’t want to admit it.

Paul Rudd could perhaps be the right type, immediately winning the child’s sympathy.

Bonding immediately thanks to their passion for science, they begin to investigate the strange series of earthquakes that shake the city every day.

Along with older brother Finn Wolfhard and his new girlfriend Celeste O’Connor, the group discovers a terrible threat in an old abandoned mine.

Indeed, the new Ghostbusters discover a temple that could be the portal through which the old Zuul and Gozer would like to return to Earth.

Unfortunately, no one seems to believe them, so they will be forced to face the impending apocalypse alone.

Intriguing but not funny

While I’m already familiar with Zuul and Gozer from the ’84 movie, I admit Ghostbusters Afterlife renews the plot excitingly.

The references are many and intelligently placed, triggering the inevitable nostalgia in fans of the saga.

From the beginning, even small things are enough, such as the psychokinetic detector that warns of supernatural presences.

So back is the old Ecto-1 car, for example, improved with an expandable seat to hunt ghosts on the run.

Similarly, the traps for these spirits work in a fun way on a radio-controlled car.

In short, the sci-fi vibe still works after all this time, updated to the present day but still with the same retro charm.

Unfortunately, what is totally missing is the explosive comedy of the old movies and their unique characters.

Paradoxically, the brief final cameo of Bill Murray, Dan Aykroyd, and Ernie Hudson only makes things worse in this sense.

Indeed, these actors had irresistible comedic timing, as they all came from the famous Saturday Night Live television show.

The actresses of the 2016 Ghostbusters came from the same show, succeeding to entertain more despite being a worse movie.

We must highlight the difference between Jason and Ivan Reitman; the son is a solid director but not for comedy.

So when the old 80’s actors appear in the final, we all can not help but regret them.

Is it ultimately worth watching Ghostbusters Afterlife?

As far as I’m concerned, the answer is yes.

As mentioned, indeed, Jason Reitman can’t hold a candle to his father directing a film like this.

However, losing the comparison doesn’t mean that Ghostbusters Afterlife is a waste of time.

With more irony rather than actual comedy, we can say that it is closer to a series like Stranger Things.

The public loved this series, at least at first, and here we have the young Finn Wolfhard again.

In short, we are far from the fun of the 80s, but it remains a good fantasy adventure for kids.

The plot develops at the right time, with proper direction and staging and not just relying on special effects.

The actors don’t have the comic verve of the past, but they play their roles quite well, making us passionate about their characters.

We can make a more honest comparison to 2016’s Ghostbusters, which lacked interesting villains like Zuul and Gozer.

On the other hand, it had funnier actresses like Melissa McCarthy and Kristen Wiig, of which I recommend the phenomenal Bridesmaids.

It’s no coincidence that the director of that movie was Paul Feig, much more at ease with the rhythms and jokes of frenzy comedy.

In conclusion, looking at the last two attempts to restart this saga, I can say that both work in part but not wholly.

We can only hope for a future third reboot that the production will be better able to combine comedy with science fiction horror.

But unfortunately, we all know that directors like the legendary Ivan Reitman are not born every day.