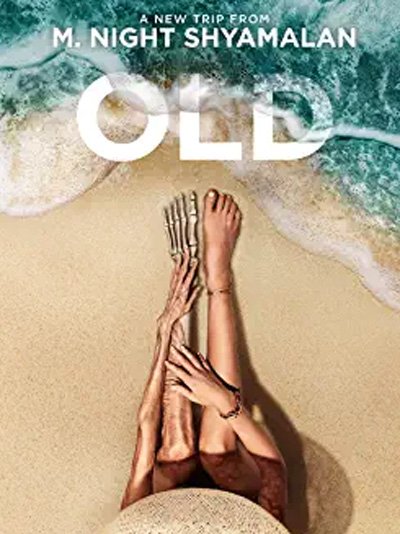 It all begins when a family arrives on a beautiful island to stay in a resort they found on the Internet.

It is not an easy time for them, as their mother has recently been diagnosed with a malignant tumor.

Moreover, the marriage is nearing the end when the husband discovers her affair with another man.

However, for the sake of their children, they try to maintain a friendly atmosphere and have a pleasant last summer.

Everything forever changes when the resort manager offers them to spend a day on a magnificent private beach.

The next day a driver takes them to that beautiful stretch of sand along with other guests, promising to pick them up again in the evening.

But shortly after the whole group is there, they find a dead body floating in the water nearby.

Also among them is an elderly lady who begins to feel ill, dying almost immediately in the arms of her son.

Trying to go back the way they came, they find that a mysterious force prevents them from passing.

Having to stay without a way out, they realize that time works differently on that beach.

With every hour spent there, their children become teens and then adults, while their parents grow older and older as they approach death.

One locution means time flees, which parents learn as they watch their children grow up.

It takes a short time for them to grow from infants barely in the palm of our hands to walking alone, getting further away from each passing year.

Starting with a science fiction plot, Shyamalan examines this parent/child relationship in a fast-moving and dramatic way.

In two interminable days, this family and the other unfortunate guests of this beach will indeed experience a whole life.

These few hours will be enough to give birth to new loves and grow old grudges in this small group.

Beginning by behaving like polite, friendly strangers on vacation, desperation will drive some of them to madness and even murder.

Each of these families has a very delicate medical case, which will get irreparably worse the longer they stay on the beach.

Even the villains of this story, which we only discover in the finale, will hide their behavior behind the excuse of scientific research.

Behind the lies they tell themselves, they seek more to increase a dirty corporation’s profits than humanity’s welfare.

A simple metaphor for human greed ruins everything in its path, like that magical and beautiful place that becomes a hellish nightmare.

Slow is better than fast

M. Night Shyamalan has long been an unstable director, yet in 2021 he finally reached maturity, as he proves with this beautiful Old.

He is not missing a beat in recent years, making excellent movies like Glass, Split, and The Visit.

He’s probably freer from the need to prove himself, making the stories he wants without compromise.

Indeed, the fiercest criticism that his detractors make of him is the extreme slowness with which his plots unfold.

I have never understood a complaint, but perhaps it comes from the exaggerated pace of many films after 2000.

Because I grew up cinematically in the 70s and 80s, I’m used to stories that really develop their characters.

Gael García Bernal and Vicky Krieps play two human and believable parents, both in their relationship and their children.

Two ordinary people have their flaws, saying and sometimes doing nonsense without necessarily being brave and perfect.

I liked the doctor who progressively goes crazy with Alzheimer’s, becoming dangerous and unpredictable among the other characters.

Equally monstrous becomes his wife, the beautiful actress Abbey Lee of which we had already recommended the intriguing Elizabeth Harvest.

In short, Old 2021 is a movie where M. Night Shyamalan works wonderfully on the psychology of the roles and the mystery of the plot.

I can only conclude by recommending it to all horror and sci-fi lovers, who will find something new and unusual to watch.