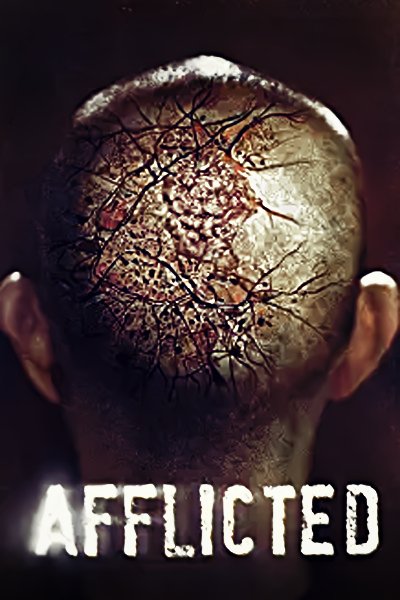 Afflicted is a 2013 movie in the form of a fake documentary shot by two friends on vacation, which will unexpectedly take a horror turn.

The main character is a young boy entering the last phase of an incurable blood disease.

He decides to take one last trip with his best friend to enjoy his remaining time.

The latter accompanies him by filming a video diary each day, then sending everything to their parents.

Once they arrive in Europe, they wander through a few cities in Spain to France, eventually arriving in Paris to meet friends.

During a night of partying, the sick man meets a beautiful girl with whom he begins to flirt and takes her back to his hotel room.

His friends decide to interrupt him to play a prank, but they are the ones who are surprised.

Indeed, they find the girl seeing them running out the window and their friend bleeding on the bed.

However, from that moment, he inexplicably starts better, although he becomes susceptible to sunlight.

Also, as the days go by, he discovers that he has rapidly developed supernatural strength and physical endurance.

His friend documents everything, such as filming him running as fast as a car or smashing bricks with his bare hands.

Unfortunately, he soon discovers that he has a hunger that no food or drink can satisfy.

When he accidentally runs into some local boys, licking the blood of one of them, he begins to understand his situation.

Indeed, he slowly turns into a vampire before his horrified friend that doesn’t know how to help him.

A cool and original point of view movie

When you make supernatural stories with monsters like vampires, it’s easy to overplay and make everything look trashy.

Afflicted of 2013 is a movie that manages to combine its elements perfectly, without impractical and ridiculous excesses.

The small story of this ordinary boy and his drama works much better than other movies where you have to save the world.

As mentioned, everything takes place through the camera’s eye, from which we spy the small epic of this vampire.

However, unlike many other POVs crowding theaters for years, this one carefully mixes horror, action, and character description.

When the protagonist notices the change, it almost feels like a superhero opening, but the vibe soon changes.

Indeed, initially exalted by strength and agility, the boy suffocates in horror when he discovers the price to pay.

This horror becomes pure despair soon after. When he discovers there isn’t a solution by drinking animal blood, he must deal with the human kind.

At that point. the descent into hell is complete. He must find a way of living with this situation, which doesn’t even have suicide as an exit.

Within its hour and a half of duration, Afflicted succeeds in telling everything it has to, becoming one of the best 2013 movies.

It’s a small example that this small independent movie makes to many other big productions, which should learn from it.

Majors today seem unable to make stories lasting less than two or even three hours as if it were mandatory. But do we really need such long stories?

The story of this new vampire is ethically ambiguous and questionable.

Initially, he faces his transformation with horror and fear, trying to get out any way he can.

But when he realizes he’s trapped and must escape the police, he sows death and destruction along the way.

Derek Lee is terrific as this terminally ill man who then becomes an immortal by a cruel twist of fate.

The actor is fragile and insecure at first while becoming a killing machine in the story’s second half.

Clif Prowse seems like the helpless sidekick to his ailing friend, almost just the one holding the camera so we can watch.

However, his role is crucial because he will finally open the protagonist’s eyes to his real predicament.

The lovely and talented Baya Rehaz is an unusual benevolent vampire, choosing the suffering protagonist to inherit her power.

We only discovered this intriguing figure in the final part of the movie and that I would have liked to see given more space.

She will explain to the new vampire the rules of condemnation to eternal life before the violent madness becomes too much.

This life has its advantages; despite the horror, however, it will destroy every previous relationship she had forever.

Having to drink blood forever, he will not be able to avoid being a murderer but choosing who his victims will remain alone.

The only sure thing is that he cannot avoid it; otherwise, he would turn into an even worse beast that would indiscriminately kill anyone.

Movies About Magicians – An Exciting...