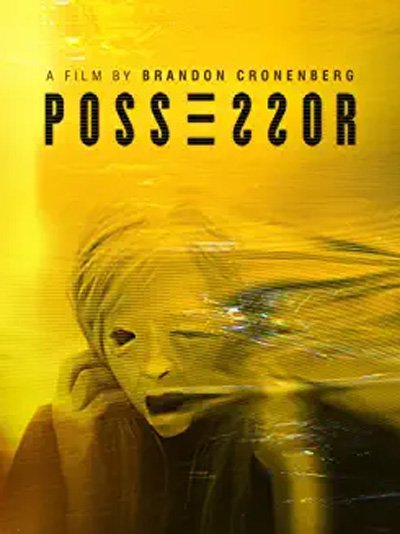 Even though 2020 was a tough year to go to the theater, interesting movies like Brandon Cronenberg‘s Possessor still came out.

It’s a combination of horror and thriller mixed with fantastic body and soul sci-fi, just the way I like it.

The main character we follow seems like an ordinary, seemingly harmless woman living with her husband and little boy.

She leads a not particularly bright life together with them, in a family relationship that has become bored and apathetic.

From the first scene, though, we quickly realize that she is hiding her real job, which is to be a hitman, from everyone.

We also understand that she performs this profession uniquely and uniquely, literally becoming someone else.

Thanks to special equipment and a team of technicians who help her, she can remotely control other people’s bodies.

Indeed, her associates always kidnap someone close to her next target by grafting a small receiver circuit in their skull.

She is free to command these human dummies at will; she executes the crime and makes them commit suicide shortly after that, before the final disconnect.

But this new technology comes at a price, and flashes of the bloody murders begin to make their way into her daily life.

However, an important new job is on the horizon, an excellent career change.

It consists of replacing the boyfriend of the daughter of an influential businessman, approaching privately, and killing him.

Lying to her co-worker, who monitors her psychological state, she then accepts the new assignment.

While the hallucinations gradually worsen, she manages to get closer and closer to her final target.

However, at the decisive moment, suddenly, the body she controls reacts by triggering a series of unpredictable events.

Talent that comes from blood

Brandon Cronenberg had already made his debut as a movie director long before this 2020 Possessor.

In 2012, he was already in theaters with Antiviral, an intriguing psychological horror about celebrity fear and fame desire.

Since then, this young director, son of the famous David Cronenberg, had only worked in short films and music videos.

Here he finally returns to his best, in a horror film that combines flesh and blood with technology like his father’s long-ago Videodrome.

Even then, Daddy Cronenberg talked about how scientific progress could devour our souls and bodies.

However, while tracing some of those sci-fi themes, Brandon Cronenberg tells his story with a personal and recognizable style.

The storyline is up to date with modern times in social media and online web searches.

Going to the core of prominent corporations, they spy on their customers’ every move and search choice from webcams.

Also, the thriller pace doesn’t squash the characters’ human side, which is more than just a backdrop to the plot.

Instead, the protagonists’ personal vicissitudes end up obliterating the course of events, always delightfully unpredictable.

Indeed, I told you before; you have to be a little accustomed to horror movies to watch this Possessor of 2020.

Without needing to get to scenes too cruel or violent, there are some scenes of significant impact and psychological disturbance.

But if your stomach can handle a few splatter scenes, then you’ll discover an offbeat sci-fi gem.

Who knows, maybe this might be a new beginning for a director who already seemed promising for some time.

While this is not Brandon Cronenberg‘s central theme in Possessor, it remains a question we can no longer ignore in 2020.

It is a question that in the first half of the story, we see on the face of Andrea Riseborough, the protagonist of the story.

After her outstanding performance as a victim in Mandy, she plays a strange, silent woman with a double life this time around.

She is a usurper of other bodies, whom we watch spent an unhappy life in the privacy of her family.

Later the exchange takes place, and we continue to follow her through actor Christopher Abbott, her human weapon for the next crime.

Although he is far from the woman as a lifestyle, we discover that he is also at odds with her professional and sentimental situation.

Oppressed by a wealthy, uncaring father-in-law treating him like a wench, he is nevertheless attached to his daughter.

However, the situation seems complicated even with her, alternating between happiness and conflict.

It’s not by chance that he cheats on her with a friend for whom he would gladly abandon that life.

The murderer’s arrival in his mind disrupts his plans, but not before he, in turn, devastates this murderer’s family.

In conclusion, we could say Possessor of 2020 is a movie by Brandon Cronenberg where violence always generates violence.

Whether you are rich or poor seems not to matter, you can always be the object of someone’s revenge or resentment.

In a world where being a killer is like any other profession, it’s hard to say who the good and bad guy is in this story.

Perhaps quite simply, like the rest of us, we are either good or bad according to how badly we desire something.