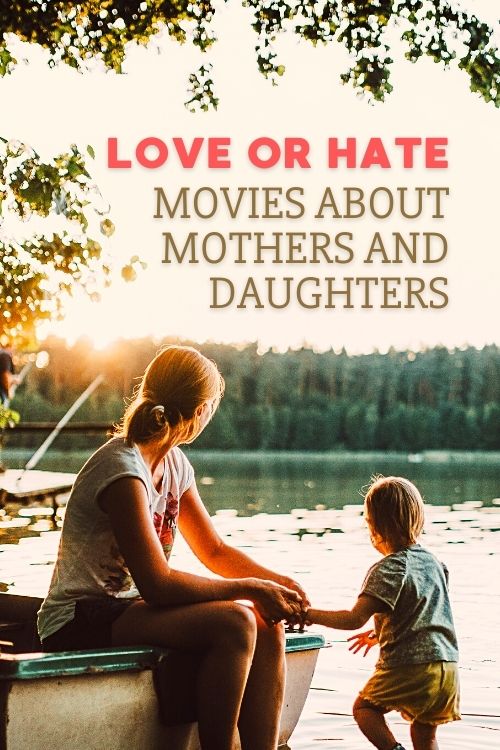 The relationship between mothers and daughters is among the most complicated blood ties, a mixture of love and hate perfect for any movie.

It’s not always enough to love each other because envy and resentment can come to ruin everything over the years.

Indeed, the daughter is initially just a tender child to cuddle and take care of.

However, the problem comes when she grows up and becomes a woman herself.

At that point, the comparison with the mother becomes more and more pronounced.

Inevitably, as she ages and withers, the daughter instead matures and becomes more and more beautiful.

I have often heard people deny the evidence of this sexual rivalry, which in my opinion, is part of the normal process of growth.

So many women are offended when I say this, almost as if some latent machismo was behind the reasoning.

The same rule applies to boys, except the confrontation with the father focuses on authority and strength rather than sexuality.

That said, my take on the matter will surely anger some. So let’s get back to talking about movies, which is really why you’re here, I guess.

Today we’re going to look at some movies that examine the love and hate between mother and daughter in a slightly different way.

These stories are brilliant, brave, and original in their way… always hoping you’ll enjoy them as much as I do.

Each of them has a murder acting as the story’s fulcrum and narrative propellant for the relationship development between the characters.

So even if I know you women always love each other, just put down your knives and listen to me for a few minutes.

This film begins when a mother and her daughter find themselves again after many years apart.

Separated after an accident in which their father lost his life, they had almost no contact during this long period.

Now a successful journalist, her daughter goes back to the tiny island where she spent many years later.

She returns not out of love or hate but because the police believe her mother is guilty of murder.

Locked in her cell, the stubborn older woman refuses to talk, believing the police are already sure of her guilt.

According to them, she has killed her employer, a wealthy and invalid matron for whom she has worked all her life.

Moreover, the old detective in charge of the case is the same one who had investigated her husband’s bizarre accident many years before.

Officially the man had fallen into a well completely drunk, but he still suspects that his mother had arranged his death.

Then the daughter moves back into her old house, resuming the old love-hate relationship with her mother as before.

While the police continue to investigate, they begin to think back to those days of a distant summer twenty years earlier.

Going back to that life of hard work and poverty, they also remember the oppressive presence of their abusive, ignorant and vulgar father and husband.

The man’s death was a relief, though they never admitted it aloud to each other.

However, besides the old detective, even the daughter wants to know the truth about that summer’s closing.

Can a mother do evil for good?

Dolores Claiborne is a movie from a Stephen King book, treating this mother-daughter epic as an excellent family thriller.

While I love his horror stories, I’ve always preferred the great American writer when he treats more realistic levels.

In this case, he builds a just terrific protagonist, narrating the story as a direct confession in the book.

Here, instead, the amazing Kathy Bates plays it, managing to reach and maybe even surpass the famous psychopath from Misery.

This mother is truly the driving force behind the movie, alongside the excellent Jennifer Jason Leigh as her daughter.

The two actresses continually confront each other in a painful personal duel of accusations and forgotten and buried truths.

But when it comes to an end, it is impossible not to feel compassion for this woman who has suffered so much, despite being a murderer.

Finally, Christopher Plummer is always exceptional, an unstoppable detective pursuing the woman twenty years from one murder to the next.

His obsession is more personal than professional, offended that so long before she managed to get away with it before his eyes.

In this case, however, I have no objection to his work, as every directorial choice he makes is perfect.

Moreover, detaching from the book’s narrative style, the director can spin the story his way without constraints.

In short, Dolores Claiborne has everything to please everyone.

Above all, it’s perfect for a pleasant movie night on the couch between mothers and daughters.

Let’s see another movie, about another relationship between a mother and daughter who love and hate each other.

The story begins in handcuffs, with police dragging the woman away and accusing her of poisoning her lover.

Social services then provide for her child, sending her to a shelter for abandoned youth.

After that, she begins an endless pattern to fit into society while her mother spends her sentence in prison.

Initially, she seems to adapt to the change, although with difficulty, almost succeeding in ordinary life.

Unfortunately, her experiences end in tragedy in one way or another, making her come back to the shelter every time.

The child becomes a beautiful girl during these years, visiting her mother and listening to her advice and criticism.

This presence will always have a constant effect on her decisions and lifestyle, even though she is behind bars.

She is a fiercely self-centered artist, defending her freedom and independence with her claws.

Indeed, while she starts as a fragile and lost child with no more reference points, she learns to know and exploit the other’s weaknesses over time.

Now a teenager, the daughter finally seems to find peace in a girls’ commune run by a peddler’s store owner.

Just then, her mother comes back through a lawyer, asking to lie in court to get her out of jail.

For them then comes the decisive moment of the final confrontation, with a face-to-face that will change their lives forever.

Love humiliates you, hate cradles you

White Oleander is an almost entirely female movie, where mother and daughter figures are the cornerstones of a romantic and cruel story.

Michelle Pfeiffer‘s character is simply outstanding, terrifying, and fascinating at the same time.

This mother shapes her daughter as a piece of art, using her beauty and intelligence as a weapon against everybody.

This woman is beautiful and dangerous as a tiger, cruel to her cub when she doesn’t share her ruthless perspective about the world.

Such a character needed a worthy rival, and the very young Alison Lohman proves up to the task.

Even better, while the mother stays the same over time, we can appreciate the physical and psychological change of her equally beautiful and deadly daughter.

This path of cruelty winds from the institution he moves into through the various group homes.

Her innocence is then lost along the way, becoming more bitter and cynical after each experience.

Therefore, excellent actresses like Robin Wright and Renée Zellweger are the other protagonists of this story.

These women raise the child, ultimately turning her into a girl, through thick and thin with their strengths and weaknesses.

Peter Kosminsky does an outstanding job directing. Unfortunately, despite his lengthy TV filmography, it remains his only theatrical release.

A real shame since the director shows an exquisite style and overview of this modern fairy tale of love and hate between mothers and daughters.

In addition, the editing also flows away extremely smoothly, although the story develops over many years with many characters involved.

In summary, a little pink gem tells us how magnificent and horrible women can be, sometimes as deadly as the poison of white oleander.

The last story is about a different kind of family relationship that stems from a different premise than the other two.

The mother’s love, in this case, comes from a deep hatred of the strangers who raped and killed her daughter.

After waiting for almost a year, the woman is exasperated that no one has found any clues leading to the arrest of the culprits.

She decides to print three giant posters mocking and insulting the police, hoping to stir things up a bit.

She put up posters along the big road leading to her house, triggering an immediate reaction from the local citizens.

Someone immediately takes his side, sharing his desperation and sense of helplessness.

Others, however, react violently, beginning to harass the woman and her friends at home and work.

Incredibly, even her husband initially insults her, believing her idea to be a useless joke.

However, she realizes that he is angry because he would like to forget what happened to his little girl.

The town sheriff, personally named in one of these posters, tries to be impartial, but the situation soon gets out of his control.

One of her young men has a deep hatred for this mother and is furious at this extreme act of love for his daughter.

Eventually, this tense situation will no longer be sustainable, and one of the two sides will have to back down before something irreparable happens.

The funny rage of a grieving mother

Despite what it may seem from what I’ve told so far, the film is by and large extremely entertaining.

Frances McDormand plays a woman as tough as steel but just as wry and intelligent.

The undisputed leading star makes her many Oscar awards count with an outstanding performance.

In her few flashbacks, we see this strange mother’s love and hate, and her daughter lived.

After her death, the only one who stays close to her is her son, the naive but tenacious Lucas Hedges.

Even with him, she has a problematic relationship, switching from insulting to embracing each other within a glance.

Much less friendly towards her is instead the character of Sam Rockwell, another classy actor who improves with the years like wine.

He plays a country police officer here, aggressive and ignorant and extraordinarily dangerous.

Yet he is a naive and honest victim in his way, as we find out later in the story.

Finally, the great Woody Harrelson is always at ease in any role, as the sheriff who is the first target of this mother’s wrath.

Unable to track down his daughter’s killers, the man doesn’t have much time left to investigate as he has terminal cancer.

His bickering with the protagonist is the best part of the movie, being extremely clever, funny, and sad at the same time.

In short, Three Billboards Outside Ebbing, Missouri is the best way to end this roundup of my recommendations.

This auteur gem succeeds in being great entertainment for everyone while also getting us thinking about human cruelty.

So I hope that if you get the chance to watch it, you will give it a chance, as movies like this don’t come along every day.