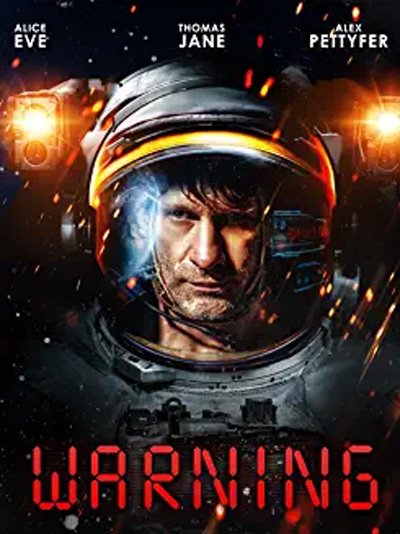 It’s not so easy talking about a movie like Warning, which I watched by chance last night on Prime Video in these late 2021 days.

Indeed, the story is divided into numerous subplots and characters, although not explicitly separating them into episodes.

We start with the owner of a robot store, who can not sell an old model in any way.

This robot is friendly and inoffensive but always makes any potential buyer uncomfortable by speaking strangely and creepily.

We then move on to a girl who experiences religion through a device similar to Amazon’s Alexa or Google’s Nest.

The car is her only companion, so everything starts to go wrong when it breaks down for an upgrade.

Then we have a guy who can’t get over his ex-girlfriend, reliving their moments together via a virtual reality helmet.

Yet it works unexpectedly, bringing him back in time as a ghost, causing the breakup he suffers so much.

My favorite moment is then of an engaged couple visiting his wealthy family.

Unfortunately, all of them are immortal thanks to expensive technology, and they can’t accept her because she can’t afford it.

Finally, we have a girl who wants to leave her poor home where she lives with her insufferable mother.

To earn enough money, she rents out her body for 48 hours to a stranger, who will take over while she is unconscious.

Above all these lonely lives, hovers an astronaut wandering in the space void after an accident.

And he will be the final witness to an epilogue that none of these characters expected at all.

Wanting to compare, I could say a movie like Warning from 2021 reminded me of the Black Mirror series.

Of course, that series had a much crueler disposition toward the characters.

There was also a lot more dystopian nastiness about the worlds it depicted, while here, there’ much more believable.

However, there is always the same mood about humanity in general, pessimistic and nostalgic in both cases.

Scientific advancement is going faster than we humans can evolve and adapt.

So these technologies that seem to have to simplify our lives often isolate us and make us dependent.

I am not saying that progress should not exist, and we all still live in caves painting murals like Neanderthals.

However, the ever-increasing effect of progress on people over the past 20 years, in particular, is undeniable.

The internet and social networks exacerbate an already existing problem, bringing a lot of ignorance and loneliness to the world.

This movie talks about these issues, inserting them intelligently in a sci-fi context of a future not so far away.

For example, I was very amused that there was more alarmist news on television about a new pandemic called COVID 48.

Considering how we have been living for the past two years, unfortunately, this premise seems to be realistic.

The political exploitation of this disease has allowed every government in the world to be more oppressive than ever before.

And as we saw so well in the two decades of fascist and Nazi rule, the sleep of reason inevitably breeds the most horrific monsters.

From videoclips to movies with great originality and intelligence

Warning offers the kind of sci-fi I enjoy so much, and sadly we do not often see it now in 2021.

The stories manage to intrigue and move without being overly dramatic and boring.

On the contrary, the underlying irony succeeds in making us emotionally detached, though never overtly comic.

Agata Alexander convincingly makes her directorial debut, choosing a genre that is not very common these days.

The ingenious idea is to be, in the end, an episodic film, even if not being in the canonical chapters separated one from the other.

As a result, the various stories work much better, passing fluidly from one situation to another without starting from scratch each time.

We see well that the production is low budget and the special effects are almost non-existent.

However, at the base, there is excellent writing of the storyline and characters and a director wisely handling the plot threads.

Therefore, we can applaud this intelligent girl’s work, passing from videoclips to the cinema much better than some of her colleagues.

Looking forward to her next movie, I suggest you spend one of the last evenings of 2021 watching Warning.

I can assure you that you will hardly regret it, and at least one of these various stories and characters will surely please you.

In Time – When money and power make us slaves