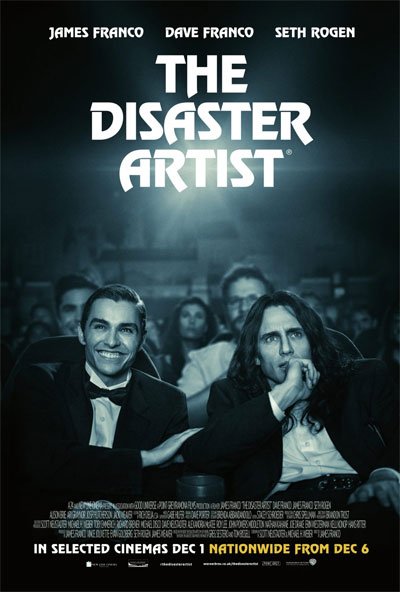 The Disaster Artist, now available in audiobook and streaming, is the strange making of The Room‘s independent movie.

We’re talking about one of the worst movies ever made, so bad it’s irresistibly hilarious.

Indeed, over the years, it has become a cult following with many admirers around the world who know every scene and line by heart.

The story begins with the friendship between Greg Sestero and Tommy Wiseau, two aspiring actors with no experience whatsoever.

After meeting at an acting class, they leave for California to find a career and fortune.

When Hollywood slams the door in their faces without even giving them a chance, they decide to make a movie together.

Wiseau is a strange and somewhat fascinating personality, someone out of touch with reality that lives in his own world.

Even though he was ignorant about cinema or video making, he invested several million dollars realizing this movie.

Sestero endures his foolishness, even though his friend was often very annoying and cumbersome, thus respecting his unyielding desire to tell his story.

Giving up other roles for his acting career, he stays loyal to this product even when the rest of the crew has had enough.

He alone understands that something else lies behind his friend’s arrogant and unnecessarily exhilarating delusions of grandeur.

For being different from the others, Wiseau suffers, having a childish attitude when experiencing difficulties.

However, despite many misunderstandings, the two friends finally complete their project and release The Room.

Along with his friend Sestero, they invite the audience’s applause and welcome the success, although it wasn’t exactly coming in the way they hoped.

The best message of this movie is that if something brings joy into your life, it doesn’t matter if you’re good at it.

Is this a warning to all lifelong haters across the world, spending their whole days criticizing whatever others like?

After the birth of social media, the world has become increasingly harsh and ruthless towards everyone and everything.

I don’t know why and I actually don’t care, but this movie is demented and romantic in a unique way.

Let’s say that Tommy Wiseau is a terrible actor, writer, and director; there’s no doubt about that.

His desire to make movies goes beyond his actual abilities, transcending the typical taste of good or bad.

So this makes him an artist, now proposed in other movies or audiobooks, despite the cinematic disaster of this project.

With his friend Sestero, he finds a real family that he directs on the set like a crazy and despotic father.

A traumatic experience full of stupid improvisations, improbable ideas, and scenes repeated endlessly, each time worse than the last.

However, in the end, everyone involved was happy to be part of Wiseau’s crazy vision.

Indeed, paradoxically, this little trash masterpiece gave them more fame than other films made better but soon forgotten.

To conclude, I think that these two friends’ films have much more soul than all those who criticize them.

In the same way, I encourage all of you to stick with your passions, no matter if others hinder or mock you.

If nobody will give you a chance, just create it yourself

James Franco does an outstanding job of directing, also becoming indistinguishable from the real Tommy Wiseau.

Moreover, the real Greg Sestero helped to write the screenplay of this film, remembering episodes that really happened.

This little actor just wanted to show his talent, but no one before Wiseau had ever tried to give him a chance.

Yet, it will be this bizarre project that no one believed in that will change their lives forever.

As a low-budget movie (costing less than The Room), The Disaster Artist has made good money at the box office worldwide.

That’s a tremendous minor victory that I would extend to all the unknown artists who never found success.

Who knows how many talented writers, actors, and directors there are out there that productions ignore every day.

So I repeat, allow the experience of these friends to apply to us all, no matter the art we adore.

Never let anyone tell you that you’re not good enough. More often than not, it doesn’t matter anyway.

The important thing is to do what you love and stay true to your spirit because that’s the only thing that can light up a world that is very sad and dark today.

I hope that after all these words you will also give a chance to The Disaster Artist, in movie or audiobook, it will surely make you happy.

Bullitt – An Outstanding Cop In...