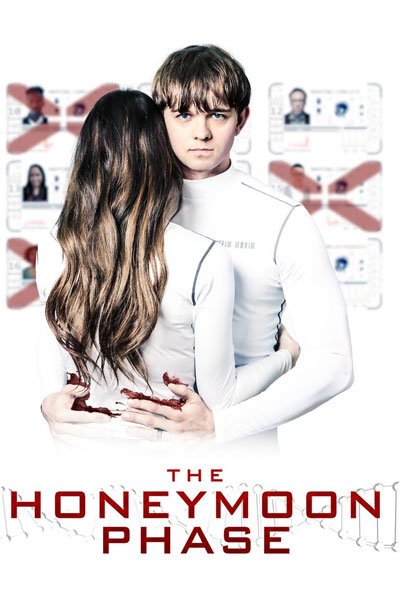 This movie tries to answer an age-old question in a thriller way: exactly how long lasts the magic between two lovers once they wind up the honeymoon phase?

In this case, it is not even an actual phase, as the two main characters in this story are not married.

However, they pretend to be to participate in an experiment with a final prize of a whopping $50,000.

Significantly in need of this money, this couple agrees to be guests for a month under the constant supervision of some researchers.

We already know that the story can not end well, as the movie begins with the boy talking about his beloved’s suicide.

The beginning, however, looks happy for both of them, staying in a luxurious apartment with every comfort and convenience.

It’s a small peace of mind in which they can relax, for once without thinking about their financial problems outside those walls.

However, this paradise changes dramatically when, suddenly, a woman knocks on their door, looking for help.

They recognize she is another of the wives of this experiment, yet they refuse to help her.

From that moment on, the situation in the house also deteriorates, with the boy’s behavior suddenly more rude and authoritarian.

The girl is increasingly concerned about the situation, quickly realizing that she is trapped.

When she becomes pregnant, she realizes that it’s time to fight any way she can to escape the experiment.

Loves Me Loves Me Not

The Honeymoon Phase is one of those movies that I always particularly appreciate, despite being far from perfect.

Indeed, especially in the final part, the story lost momentum, proposing too many improbable things altogether.

However, this didn’t spoil my overall experience and opinion, judging it anyway an intriguing story with an excellent idea behind it.

Of course, I admit that the concept of the science experiment that then goes awry is hardly new.

We’ve all certainly seen it before in all genres of horror, sci-fi, and drama movies.

However, I liked the idea of studying how the passion between two lovers changes over time.

Can two people with habits come to intolerance or even hatred of each other?

Unfortunately, there’s not as much attention to the sci-fi side of the story as I would have liked.

The true motivations of this experiment, indeed, are only just hinted at but never really fully explained.

The relationship between the two protagonists evolves persuasively, and the chief scientist character is worth it too.

After all, you can see that this is a low-budget production, telling a story entirely within indoor environments.

So we also try to be tolerant by shutting an eye over some flaws and enjoying the movie’s many merits.

The thriller manages to be disturbing in many places, creating that good suspense also thanks to a non-trivial direction.

The need for control in a relationship

In a word, the main topic of this directorial debut by Phillip G. Carroll Jr is control.

Gradually in this story, the man takes control over any aspect of his woman’s life.

Both of them then are controlled by scientists, minute by minute, through the many surveillance cameras.

Finally, the chief scientist wants to control the nature of something as indefinable as love, going as far as cloning.

I think I can’t sum up this movie any better, which is why I believe The honeymoon phase works in the end.

Here the director places us from a female point of view through the eyes of the beautiful and talented Chloe Carroll.

The actress does well to express her initial happiness first as well as her growing discomfort later.

In my opinion, she is this cast’s most convincing one, besides being surely the filmmaker’s main focus.

Also perfect is her partner, Jim Schubin, as a seemingly innocent-faced and trustworthy husband.

But as the days go by and his power toward the woman grows, he too brings out the worst side of the male personality.

He was the protagonist in the footage of the mysterious DHARMA PROJECT, and here he returns for an equally incomprehensible project as a scientist.

In conclusion, I repeat, we are talking about a film that is not a masterpiece.

However, I think it convincingly speaks to the topics the director wanted in an appealing if not always believable way.

All things considered, it remains an original story that I recommend to aspiring newlyweds.

The honeymoon phase will be perfect for a couple’s movie night, just to get an extreme idea of married life.