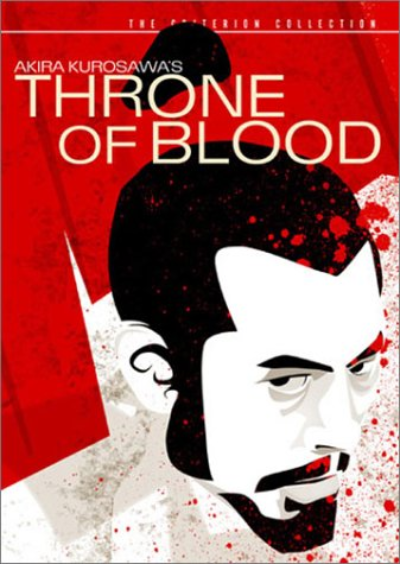 Throne of Blood is one of Akira Kurosawa‘s best movies, strangely less and less talked about today.

A prominent warrior clan has been at war for a long time and fears the enemy will attack and conquer their castles.

So they call for reinforcements from a distant outpost, where two samurai enter the intricate forest in the center of the region.

They plan to investigate that maze of trees to find the ideal place to trap their rivals.

However, while they advance in the core of the mist, they encounter a mysterious supernatural spirit-like being.

He barely seems to notice their presence until he starts talking, foretelling their future.

According to his prophecy, both warriors will quickly advance in rank, and one will end up becoming the clan lord.

The other’s destiny is to become the outpost commander, while the son will become king after deposing his friend.

Both of them leave the forest convinced that it’s all nonsense, only to laugh about it while preparing to do battle.

Upon arriving at the castle, one after another, all events begin to occur just according to the demon’s words.

After a bloody betrayal, the first samurai succeeds in becoming the lord of the castle.

At that moment, together with his wife, who obsesses over him about power, their greatest fear will be the prophecy accomplished entirely.

The friend’s son thus becomes their greatest enemy, in a kingdom of terror that will turn their castle into a dead-end trap.

Another face of Akira Kurosawa’s Samurai

Akira Kurosawa was one of the best influential and prolific directors in the history of cinema, making incredible movies like Throne of Blood.

Let’s go back to his love for ancient feudal Japan, as in the famous Yojimbo, which later inspired Sergio Leone for A Fistful of Dollars.

Initially, this story tastes just like his other masterpieces of the genre, but it takes a whole different direction very soon.

The movie turns from a medieval war film to an incredible ghost fantasy with horror overtones from the forest.

The disturbing prophecy of the demon is a curse, leading to death and madness for both of the men.

First, their obsession with gaining power and then losing it consumes them with unbelievable violence and quickness.

Their loyalty to the clan ceases in the blink of an eye, leaving them to commit vile crimes and betrayals to achieve their purposes.

However, as destiny changes through the forest, the forest will always end their delirium of omnipotence.

And just like them, all the castle warriors are involved in the same vortex of blood that surrounds the throne.

Defeating their enemy is useless as suspicion creeps in and destroys the army from within.

We can consider it, then, despite the numerous murders, pacifist and optimistic justice eventually come for all.

The Japanese wind strongly blows upon the East

Narrative and directorial ideas abound in this movie, whose power resonates as strongly today as it did fifty years ago.

The brilliant director achieves a mixture of genres, balancing the characters’ realism with the fantasy of the dramatic plot.

We have the fantastic Toshiro Mifune in the leading role, who will later return as an invincible samurai in the famous Yojimbo.

His transformation is incredible, from honorable warrior loyal to his clan to dictator thirsty for blood and revenge.

Even more terrifying is Isuzu Yamada‘s performance. As his wife, she’s glacial in planning her husband’s fate once she knows of the prophecy.

Her impassive, emotionless gaze is as frightening as, even more so, than the forest spirit.

Even she can show her humanity before the end when the pain of losing her newborn consumes her.

Finally, we have Minoru Chiaki and Akira Kubo. As father and son, they would be the only ones standing against the madman’s rise to power.

However, despite everything, they will do nothing but fulfill the events precisely as the demon foretold from the beginning.

Summing up, Throne of Blood is one of the best Akira Kurosawa movies I’ve ever seen.

Like any other work of this extraordinary director, it will influence countless Eastern directors in future horror and costume films.

So don’t be fooled by the fact that it’s from 1957 because some masterpieces age better than wine.