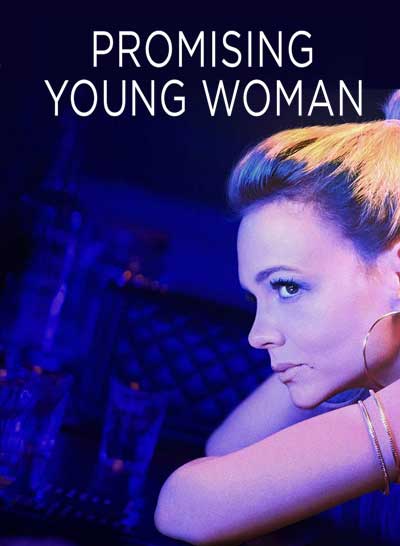 Her character is a seemingly anonymous and grumpy clerk in an ordinary coffee shop.

She has neither a boyfriend nor friends, behaving rudely to anyone except her boss, who understands her.

In her 40s, she is still living with her parents, even though she was a bright and promising girl in her school days.

However, no one knows that she has a very unusual hobby, a habit she only indulges in when the day ends.

She frequents clubs every night, posing as drunk and letting the men who want to take advantage of her accompany her home.

But once they are alone, the act ceases, and she goes for revenge, even violent at times.

Her vicious hatred of men knows no bounds, making her unlike the standard conventions of ordinary people.

During her young age, indeed, she went through, even if not personally, a traumatic experience that eventually ended up in tragedy.

However, there is hope when a client begins to flirt, getting close and falling in love with her.

She then begins to believe that maybe she can build a new life after so many years of isolation.

Unfortunately, her past is too horrible to forget, as is the mission to avenge a friend that she intends to accomplish at any cost.

Promising Young Woman is a multi-faceted story with an intriguing narrative and psychological twists.

Initially, Carey Mulligan‘s character seems nothing new compared to other serial killers in other movies.

Yet as time ticks by, we discover that her determination hides a great fragility and internal instability.

Then the plot unfolds, bringing in a series of characters, one after the other, through which we understand her past.

The woman then becomes an ambivalent figure, becoming evil over the years after a cruel act back in her school days.

Everyone has forgotten something except her, unable to leave it behind and continue living as if nothing ever happened.

That tragedy consumes her life, the same way it led the victim to commit suicide once before.

She tracks down one by one the schoolboys and girls involved, putting them face to face a truth they had buried.

The fates don’t follow her plans, however, twisting the entire strategy she had carefully planned.

Even in the end, maybe she’ll get to exact her revenge, but not as she’d initially imagined.

Not only beautiful but also intelligent

With each of her new movies, Carey Mulligan proves more and more that she has excellent talent and purpose.

I mistook her just for one of the many sweet and pretty girls of the cinematographic landscape.

Honestly, I must admit to having changed my mind.

This movie is the ultimate proof that she has grown up very well, both as a woman and an actress.

Over the years, her beauty may have lost something in delicacy, but she has certainly gained confidence and determination.

The final result is this role as a woman who struggles with her past and starts harassing others.

Her rage lies with the entire American social system, from the school children to the sleek men in office suits.

Therefore, the revenge ends where it starts, from the useless vulgarity and banality of social media, which too often lead to terrible personal tragedies.

This filmmaker is in her cinematic debut, and we can say that certainly her future promises very well.

The rhythm changes from fast coming to sudden pauses, wherein a moment of introspection comes out of the protagonist’s true face.

Summing up, Promising Young Woman is a peculiar revenge tale, differing from typical action movies full of shootings and violence.

In the next few years, I am only waiting to know where this movie will lead both actress and director.