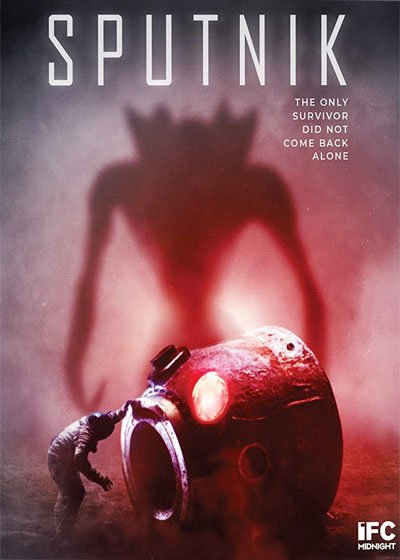 Sputnik is an inventive Sci-Fi movie from Russia about one peculiar extraterrestrials invasion.

A young girl works as a psychiatrist, getting into trouble for her unconventional methods with patients.

While a committee is considering her case, an army officer suddenly contacts her.

The man informs her that they need her help to help some astronauts after a spaceship crashes.

Seeing an opportunity to solve her problems, the girl accepts and travels to a remote location.

Upon arrival, she discovers that there is only one survivor, and the army keeps him in absolute isolation.

The first night in the military base, she immediately understands the reason.

Indeed, every night from the man’s mouth comes out an extremely dangerous and aggressive alien creature.

The bond between him and the alien seems unbreakable, and any attempt to remove the intruder could be lethal.

And it is precisely for this reason that the army has contacted her, to be able to break the chains of which he is a prisoner.

There is also a psychological connection between them, which she will have to understand and destroy during her therapy sessions.

But when she discovers the true intentions of the officer and how they are managing to feed the alien creature, everything changes.

At that point, she and the unfortunate astronaut have no choice but to try to escape as far away as possible.

The invasion begins from within

Russian movie productions are getting more appealing by the day, and this fascinating Sputnik confirms that.

Some time ago, I recommended the equally exciting The Blackout, another movie with an extraterrestrials theme.

That was a worldwide alien invasion, with great use of means and special effects.

In this case, however, it’s a smaller story, which borders a secretive military base.

Tension grows with the proper waiting time for character revelations and different twists in the plot.

There are only a few special effects, but they have a good visual impact, focusing more on relationships and psychological reactions.

The invader is not some evil world conqueror but just a living being trying to survive.

In this regard, the advantage is in both senses, as even the human host could not survive without the alien.

Therefore, the relationship might develop in a non-violent way if not for the horrific necessity to feed on humans.

The military is happy to accommodate a necessity, hoping for a military gain from research on the creature.

So, just as in Ridley Scott‘s famous Alien, man’s greed is far more dangerous than a killer creature.

New filmmakers at the starting line

Egor Abramenko is a fresh young director making his cinematographic debut with this movie.

He brings together these few characters with his talent, relying upon them with a solid Sci-Fi background.

Above all, Oksana Akinshina shows great emotion and involvement in her character.

The actress coming from Leningrad plays a tough and resolute doctor, yet sensitive and thoughtful.

Despite the military considering her just an asset to exploit, she will become the needle of the balance throughout this story.

The infected astronaut, with Pyotr Fyodorov‘s face, develops a profound relationship and confidence with her.

Trust that he doesn’t have at all in the soldiers, who hide from him the truth about his condition the whole time.

The blindness of the military bureaucracy is Fedor Bondarchuk, a ruthless colonel who is ready for anything to obtain answers.

Those three actors are the whole movie, a three-way puzzle in which each point slowly gains position until the unavoidable ending clash.

Another little gem of the Sci-Fi Horror genre that Russia gives us in its little cinematic renaissance.