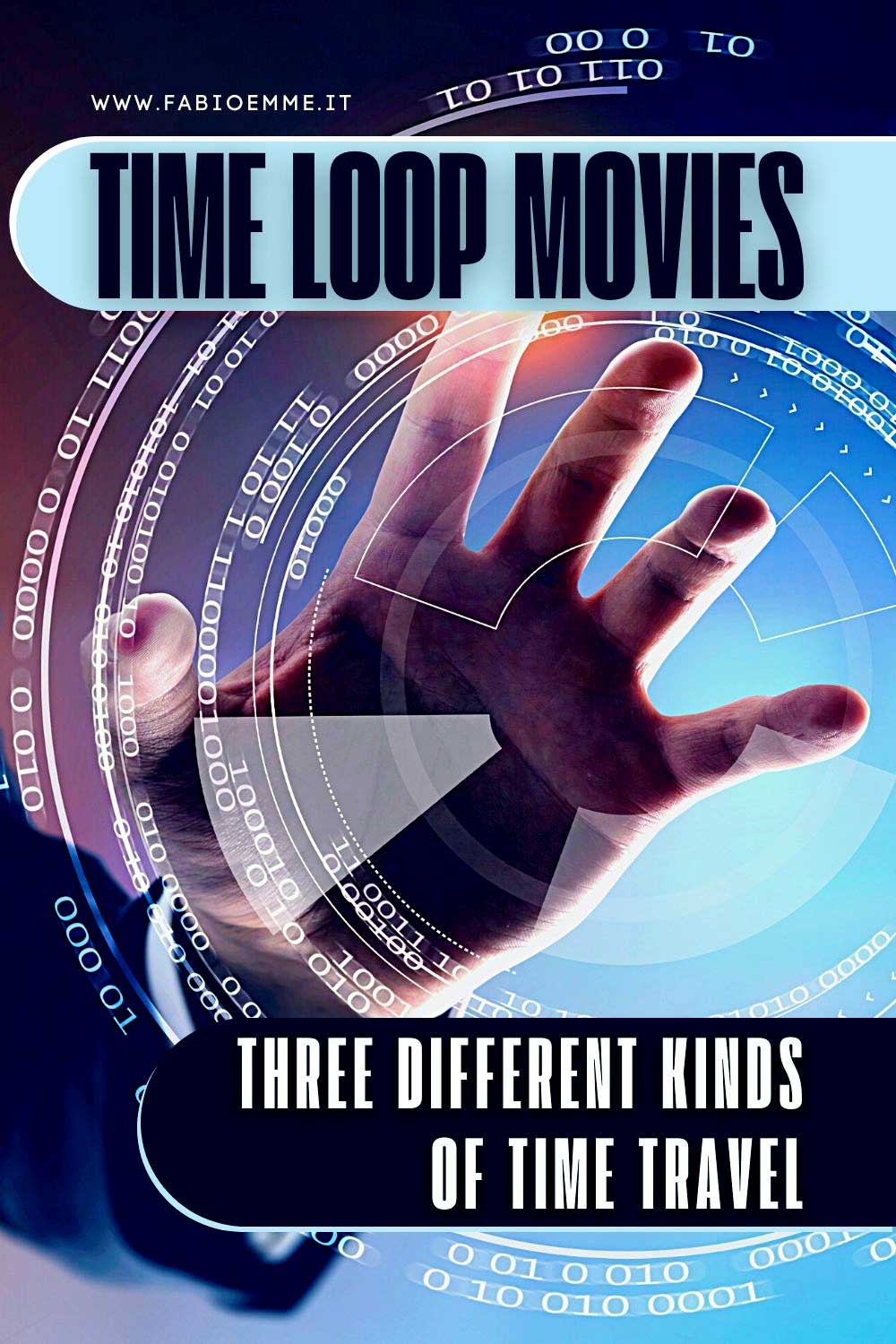 In itself, each movie travels through time, an endless loop of movies within the same stereotypes.

For this reason, today more than ever, when we feel the sensation of seeing the same stories repeatedly.

There are dozens of superheroes in costume, deflated love stories, cheap eroticism, and comedies based almost exclusively on burps and farts.

So who more than a movie lover would like a nice trip back in time to a different era?

We’ve had several cinematic eras since Italian neorealism, the French nouvelle vague, and the wave of New Hollywood directors.

Today, instead, the crisis seems to be of the producers, by now only sad accountants without soul or ideas.

Productions are now only committed to creating remakes, spinoffs, and sequels of successful films from the good old days.

But now, let’s not generalize too much, as the movies we will recommend today are all relatively recent.

Three movies that deal with time loops within a genre package that effectively exploit the theme.

So let’s get down to business and let the hands of the clock jump back and forth, the show begins.

A married couple moves to the Spanish countryside, away from the hustle and bustle of the city.

The wife puts up with his irritable nature, convinced that the peace of that quiet place will help him relax.

When they complete the move, the man wanders off into the woods, intrigued by something in the distance.

A beautiful girl completely naked attracts his attention, but then he notices a strange individual with a masked face.

The latter attacks him, intending to kill him, so he must flee in a hurry, finding shelter in a small building nearby.

The building turns out to be the laboratory of a young scientist researching the field of time travel.

At that point, an endless day begins for him, inside a loop of tragic events that seem impossible to avoid.

A day of choices with tragic and unpredictable consequences that the man did not even know he had made.

He will have to work to correct the damage he has unintentionally caused before the inevitable sunset.

But this deadly game of cause and effect will eventually have an unexpected solution, which will lead him to deceive even himself.

Your worst enemy is you

Timecrimes is a small all-Spanish production, as limited in the budget as it is brilliant in its execution.

A spiral that sucks the protagonist into a vortex with no way out, with only one possible final choice.

Karra Elejalde is not a handsome or buff actor, but he does what a film needs most, acting divinely.

Her character is obnoxious and obnoxious, always acting arrogant and dismissive of others.

That said, the only enemy he could find in his way, capable of changing him, is only himself.

And it is only in this way that he will discover that he loves his sweet wife Candela Fernández, having to do everything to save her.

It is crucial in the movie, of course, the spicy temptation of the sexy stranger Bárbara Goenaga, involuntarily involved inside his time loop.

The movie is rightly cumbersome in the first part, where we don’t yet have all the clues to understand it.

But in the end, the various parts of the mechanism fit together with great satisfaction and without excessive smearing.

A victory for the screenplay and direction, convincing with a story poor in means but rich in ideas and atmosphere.

The story begins with a professor venturing into a Texas forest searching for his family, disappeared many years before.

Ironically, the professor disappears in turn, and some students begin searching for him in the caves he had mentioned existed.

Convinced that they are doing speleology without danger, they take a few kids for a sunny and quiet weekend.

But once they descend into the caves, the ropes suddenly give way, causing them to fall and seriously injuring some.

Unable to return to the surface, the group must look around for another exit.

They observe astonishingly that their ropes have snapped as if worn out after years of wear and tear.

They soon begin to realize that time works very differently in that cave than it does outside.

The closer they get to the center, the more it slows down to a near standstill, while everything goes much faster outside.

As a result, few hours in the caves are years in the outside world, immensely changed in the meantime.

At that point, they have no choice but to go on, find the professor, and solve the mystery of that cursed place.

Tempus fugit, even more than you think

I admit to misleading you a little bit by including this movie, which doesn’t have any loops or time travel in it.

But I’ve seen that audiences, in general, have decided to belittle and snub it, so I thought it was worth defending.

Indeed, the movie doesn’t have great direction, with a more TV than cinema style at its base.

However, the pair of Mark Dennis and Ben Foster realize a decent job, handling wisely the adventure’s twists and turns.

The protagonists, while in the caves, literally pass centuries that seem like minutes to them.

They then find stuck inside a loop populated by unaware victims in that place, as frightened as they are dangerous.

Over the centuries, the caves have been full of barbarians, conquistadors, cowboys, and even a giant warrior from the future.

They all converge in the strange and distorted time slowly, fighting among themselves to survive.

Time Trap is a fun variation on the theme of time travel, ideal for spending some of our time with lightness and irony.

And even if the realization is not among the most perfect, we still give credit to the idea that it is good and entirely original.

And now we come to my absolute favorite of the time travel movies of recent years.

The story begins with a man who miraculously foils a terrorist attack yet remains disfigured by the blast.

After painful reconstructive surgery, he finally gets a new face, just in time for the last mission of his career.

We discover that the man is a temporal agent and works for a secret agency that prevents crimes before they happen.

His mission is to return to the 1970s and approach a suspect, leading him to the mad bomber who almost killed him.

Posing as a bartender, the agent meets this strange guy, who, for a bet, starts telling him the incredible story of his life.

Indeed, this strange guy was a woman until not long ago, then changing sex for complications after giving birth to a baby girl.

As if that wasn’t bad enough, her daughter was then kidnapped from the hospital, vanishing into thin air forever.

Her resentment grew towards the man who had impregnated her and then abandoned her, ruining her life.

At that point, the agent offers him an opportunity for revenge, but with an entirely different plan in his mind.

Living inside the loop

The first half is slower and more relaxed, giving the right amount of space to the two key characters in the story.

The story at the boy’s bar is a small masterpiece of editing, managing with simplicity to tell his long and dramatic epic.

Reviewing the highlights of his life through the years, we discover his loneliness of being different and abandoned by everyone.

On the other hand, her interlocutor Ethan Hawke is great at playing any role, still proving to be a thoroughbred actor.

The characters’ confrontation is the very heart of the movie, both inside the same time loop of inevitable travel events.

And they will evolve in a progressively engaging and irreversible way for both of them.

Michael and Peter Spierig manage with style the interweaving of events with impeccable staging and direction.

The two directors firmly hold the helm of this journey back and forth in time, without ever stumbling into narrative confusion.

In short, a movie that can please everyone, science fiction lovers or not, for a magnificent production all of Australian origin.