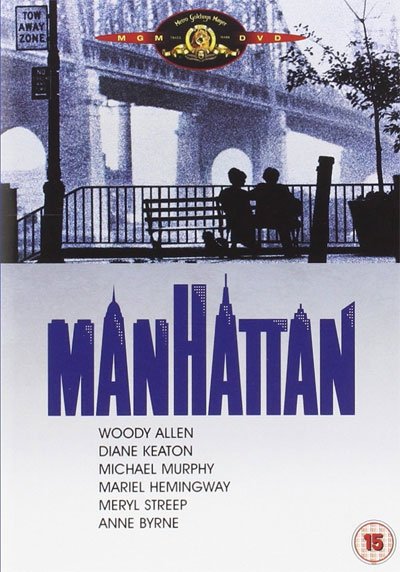 In 1979 the ninth movie by Woody Allen, Manhattan, was released in the cinemas, in which the same director was the protagonist of a romance and comedy plot.

The small and unstoppable comedian-actor, writer, and director embed his soul and love for his native city.

He describes a city as full of charm and contradictions, where men and women repeatedly seek love without peace.

He is a writer who is tired of working for silly and useless television programs, desiring to write a book.

When he gets exasperated, he finally quits and looks for a way to change his life forever.

His romantic situation is just as complicated, dating a girl much younger than him who would like a more serious relationship.

In addition, he has a son who shares with an ex-wife who left him to start a lesbian relationship.

The ex-wife is also a writer and will publish an autobiographical book that contains intimate details very humiliating for him.

Meanwhile, his best friend goes through a difficult period, undecided if he wants to divorce his wife.

Indeed, he is in love with another woman, also divorced, with whom he meets secretly every day.

When he meets his friend’s lover, a neurotic journalist, he initially hates her at first sight, finding her unbearable.

One day, for a twist of fate, he spent an entire afternoon with her, and they fell in love with each other.

Then he will have to decide how to make order in his messy life and which woman he wants to live with for good.

The immortal elegance of a black and white masterpiece

I consider Manhattan the best movie of Woody Allen, which condenses all the topics he cares about in a timeless metropolitan fairy tale.

In the many lives that intertwine in this story, he tells of love and betrayals, enlightening wisely with his irony.

The minutes flow as quiet as the days of the various characters with their work and free time.

They cross and leave continuously, converging at the end into an immense river of life.

In their splendid dialogues, Allen speaks of the whole world, ironically on the daily absurdity of all humanity’.

Nothing escapes his humorous fury: from religion to capitalism and his love and hatred towards psychoanalysis.

For photography, the director chooses the great Gordon Willis, known to all for his immense talent in The Godfather saga.

He makes a magnificent black and white for this movie, making it a classic for which time will never pass.

A modern enchanted forest where impossible coincidences shape the fate of a series of captivating characters.

Finally, the notes of the fabulous soundtrack of jazz songs fly above Manhattan, starting from the memorable beginning with Rhapsody in Blue by George Gershwin.

The gorgeous women of a marvellous writer

Her clumsy protagonist, the lovable nerd full of women and irony, immediately becomes an iconic figure.

His speech burst like a machine gun, and he never tires of surprising shooting tirelessly funny words one after the other.

Telling his little epic, the brilliant director reveals at the same time all his cynicism and dreamy spirit.

The result is a river of irresistible words that drags us away until the magnificent open final.

Together with him, there is still the terrific and young Diane Keaton, already present in his other movies as the great Love and Death.

His character is contradictory and intriguing, appearing initially arrogant and dull and then become more delicate and feminine afterward.

The actress shows off her beauty with naturalness and vitality, illuminating as the sun the universal pessimism of the protagonist.

Equally remarkable is Meryl Streep, wicked and glacial yet elegant and cute as a modern metropolitan fairy.

In the role of the former wife, she smashes without compassion the husband with whom has a child in common.

If I had to find a flaw in this movie, I would have liked a little more of her character.

But in those few minutes, the actress gives an extraordinary performance, remaining impressed in our memory anyway.

What I’m trying to say, in essence, is that lovers of comedy and romance can not miss this pearl of American cinema.

Personally, I watch Manhattan every time I feel sad, and every time it leaves me with a smile of satisfaction after reaching the credits.