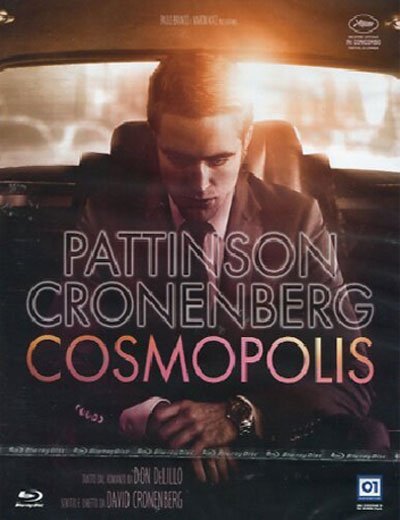 Cosmopolis is a movie with Robert Pattinson as one of the most successful cyber-finance guys of capitalism in the American country.

On a day like any other, he leaves the house in the early morning, intending to fix his haircut.

He doesn’t want just any barbershop, but his trusty old friend, who is on the other side of New York.

His bodyguards try to warn him that it might take all day because the USA president is in town, but he’s inflexible.

Indeed this trip is not only about the haircut, but it is a ritual that he performs cyclically to recharge and lighten his ideas.

Not to mention being in a limo doesn’t make it any harder for him to run his business.

Along the way, many of his collaborators exit and enter his car, updating him on his investments.

All of them are highly concerned about his recent investments, warning him that they could bring him to ruin.

Contrary to their advice, the boy has heavily invested hundreds of millions of dollars in Asian currencies.

Its objective is to speculate on a possible market reversal, which does not seem to happen soon.

In addition, his security service informs him that a crazy stranger has repeatedly threatened to kill him.

Kilometer after kilometer, his fate slides along the streets of a city devastated by demonstrations and social unrest.

And in the end, even for one of the giant lions of modern capitalism like him, there will be a price to pay.

Antique and modern together in a limousine

Cosmopolis is a terrific movie that criticizes today’s capitalism in the modern American country with an ancient and effective cinematographic style with an excellent Robert Pattinson.

Every character that gets on the protagonist’s limousine is a way to analyze our civilized system’s flaws and evil.

The ordinary laws that govern the lives of poor workers do not apply to these monsters of finance.

Thanks to their enormous availability of money, they buy time and lives of all the rest of humanity.

Indeed, most of us live and breathe in the shadow of these kings’ decisions they made in their private realm.

One of the examples is when the lover of the protagonist gets on board the car.

After quick sexual intercourse, he asks her to help him buy a church with famous paintings by exploiting her connections.

She responds with amazement that those paintings are good that all humanity should be able to enjoy.

But he cynically replies that no one else can tell him what he must decide to do with them if he buys all the damn thing.

It’s just a quick exchange in a movie full of dialogue, but I think that’s what best sums up the general thinking of the whole story.

In a word, by living in the United States country, capitalism will dominate every aspect of your life.

The career of Robert Pattinson takes off to success long before Cosmopolis, after his role in the romantic teen horror Twilight.

Although the general public recognition, it was still challenging to take him seriously as an actor.

The same goes for the other protagonist Kristen Stewart, who as well has finally reached the status of dramatic actress that she deserves.

Indeed, the famous vampires’ naivety and insignificance in the love saga had partially hidden their talent.

Despite this, the visionary director David Cronenberg focuses on the actor for the most complicated movie of his filmography.

A movie wich story almost entirely happens inside a car, with only a few scenes inside various buildings.

Looking at the final result, we can only agree with him.

Pattinson interprets with elegance and madness an ambiguous character, lovable and evil at the same time.

And he can do it with a very minimal variety of expressions and an almost fixed and off mask on his face.

We must grasp his emotions in the slightest blink and the almost imperceptible tics of his lips.

In the same way, it is impossible to follow the story without deeply loving each of the many characters’ plots.

Their lives converge comically and dramatically, all in the same spot, the protagonist’s limousine.

The luxurious cabin running through the streets of New York becomes a caricatural miniature of the whole world.

And being the whole world, it’s impossible you can’t find something close to your life and work, whatever it is.

All things considered, Cosmopolis is a movie that is more current than ever and absolutely to watch for everyone, everywhere.