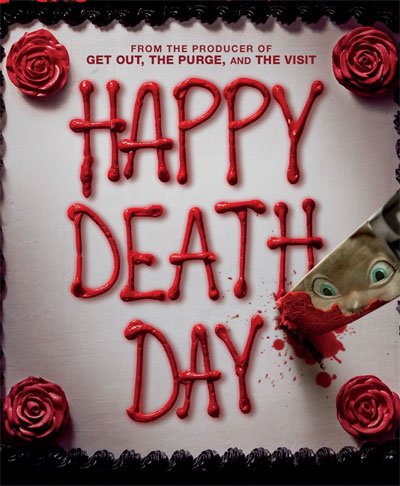 Happy Death Day is a funny horror made by a young director and cast about a bloody killer with a mask and a time loop set in an ordinary American college.

The story begins with a young student who wakes up completely drunk after a wild party night.

Finding himself in the room of a boy he does not know, he runs away to return to his sorority.

The day seems to pass like the others, with the usual stupid arguments and misunderstandings with her schoolmates.

If not that late at night, a madman ambushes and kills her in an isolated dark alley while she’s going to another party.

Incredibly, right after her death, the girl returns to the drunk starting point in the bed where she was a few hours before.

Then everything happens and repeats without changes, including the masked maniac who kills her again.

She quickly realizes that she will have to find out who her assassin is to get out of that time loop of death.

But this twist of fate will also be an opportunity that she did not expect to review many things in her life.

Indeed, finally seeing more clearly the significant things, the girl discovers the wickedness and stupidity of his behavior.

His mission, therefore, is not only to survive until the next day but also to become a better person.

Does it take death to appreciate life?

Happy Death Day doesn’t want to be anything more than an entertaining movie and succeeds in putting the cast with a mask of irony and harmony.

The small school ecosystem then becomes a mirror and caricature of the society of adults.

In this seemingly innocent little world, we see when begins the wickedness that marks our adolescence.

Envy and resentment hide under the facade of the relationships between students.

Little men and women who seem friends but sometimes are often jealous and bad for each other about stupid reasons.

Adults often fail to perceive this reality, forgetting their own adolescence and the problems in having that age.

For this reason, we soon know the evil stupidity of bullying and the value that some people give to the appearance of substance.

It is no coincidence that the protagonist at the beginning is the usual dumb stereotypical blonde.

She thinks only of herself, indifferent to the problems of those who stand and suffers right beside her.

But dealing day after day always with the same behavior patterns finally develops the sensibility that was missing.

To summarize, this movie deals with the usual teenager topics, but not in a trivial way.

Indeed it is a horror-comedy smarter than it looks that makes us think without being useless and easily forgettable.

Christopher Landon is a relatively new director but has already made several small original and funny horror films.

For example, a few days ago, I talked about Freaky, where a teenager and a serial killer magically mistaken their bodies.

Once again, he makes his own idea that we have already seen before in movies of different genres and times.

For example, we can talk about the time-loop in Groundhog Day and, recently, in Boss Level or Edge of Tomorrow.

The characters mention the famous cult with Bill Murray several times, in a tribute that openly quotes inspiration.

Amusing, they are surprised that the time-loop girl does not know this classic comedy movie.

Jessica Rothe is a beautiful, cheerful, and funny protagonist.

She gracefully plays the role both of the bitch and then the heroine, speaking directly to us as a narrator.

Her character hides a sad past with the death of a mother who marked and defines her teen grumpy attitude.

As already said, initially, she only wants to party and have fun, waking up with the shy nerd Israel Broussard.

But the wickedness towards him, with the passing of the daily loops, soon becomes a different feeling.

Something that she did not think she could feel for a guy that she wouldn’t even look at before.

Happy Death Day is a movie I recommend to all lovers of mask killers. It is a horror full of irony as the famous Scream or Nightmare of the genius Wes Craven.

In 2019 it had a following, Happy Death Day 2U, this time more sci-fi than horror but still with the same demented irony.

In conclusion, I recommend this movie for adults and teenagers that can be seen in the family without problems having more comical violence than bloody.

Woman at War – A noble fight for Iceland environment