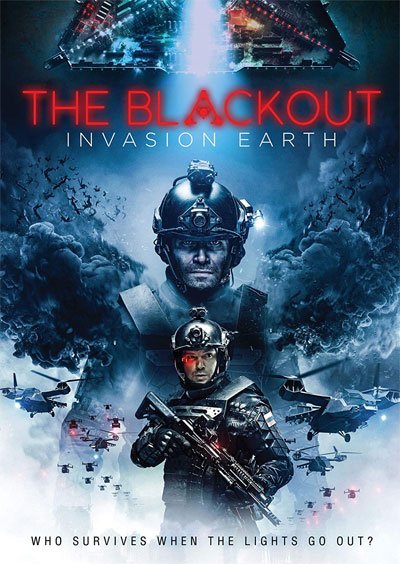 The Blackout: Invasion Earth narrates a group of survivors in Russia fighting a devious alien invasion.

Within one night, a mysterious attack cut off Moscow from the rest of the world.

Every other city in the world falls into the darkness without more electricity or communication.

Citizens and authorities are confused and do not immediately understand what is happening.

Indeed, as they will discover with some expeditions, no human being has survived outside the city limits.

Even worse, many victims come back to life and attack the soldiers at the safe zone border.

In addition, some of those who are not dead have horrible visions and hallucinations about what happens outside.

Thanks to these psychics, the army discovers that the disaster of humanity is part of a global invasion plan.

The aliens were preparing to conquer not only Russia but the whole world.

As they travel to our planet, they want to wipe out the enemy by controlling human beings outside the area as if they were a weapon.

But luckily, the survivors find a precious ally among the enemies of humanity.

One of the extraterrestrial beings contacts a psychic, revealing the plan of conquest of his species.

At that point, the only hope of surviving is to kill the alien leader who commands the slaves to destroy the last free outpost of the earth.

From Russia with… aliens movies

The Blackout: Invasion Earth is a sci-fi action with an excellent technical realization and a fascinating plot on the old theme of the alien invasion.

It’s a welcome surprise on the world cinema scene that follows the equally interesting 2017 Attraction.

In this case, however, the movie is more straightforward and more effective, resulting in better from all points of view.

It starts slowly with mystery and atmosphere, and the rhythm constantly grows until the devastating and apocalyptic final act.

Even the characters are more credible, human, and pleasant in their relationships.

Indeed, all of them start from family and sentimental situations that blend better with the rest of the story.

In addition, the various action sequences with fights and shootings are very spectacular and staged with skill and experience.

The action always follows a good preamble of waiting and tension that perfectly joins with a plot that reveals itself slowly, piece by piece.

To summarize, a movie that finally has a story from a different culture and country about extraterrestrials war, usually relegated to American territory.

The humanity worst enemy is ourselves

Russian productions seem back to a reasonable level, at least in commercial genres such as sci-fi action.

In addition to the Attraction mentioned above, I could suggest the superheroes of Guardians, another good entertainment movie.

Or still, I liked, even more, the impressive Coma, similar in atmospheres to the most famous Inception by Christopher Nolan.

In this case, the director Egor Baranov wisely balances the show for the audience with the intelligence of an intriguing plot.

The strength of this movie is in the cunning of aliens invading Russia, using its population and its weapons to fight the war.

Our enemy is us, all those who unfortunately remained outside the so-called circle of life of the borders of Moscow.

What remains of the human resistance will face a tireless and unstoppable army of kamikaze warriors.

As they will soon discover, these men and women no longer have a conscience and consequently have no fear of death.

In conclusion, The Blackout: Invasion Earth is a movie for science fiction lovers and available today on Amazon Prime.

We are waiting with confidence for the next Russian production, hoping that they will keep this quality and maybe try it with other genres such as horror and comedy.