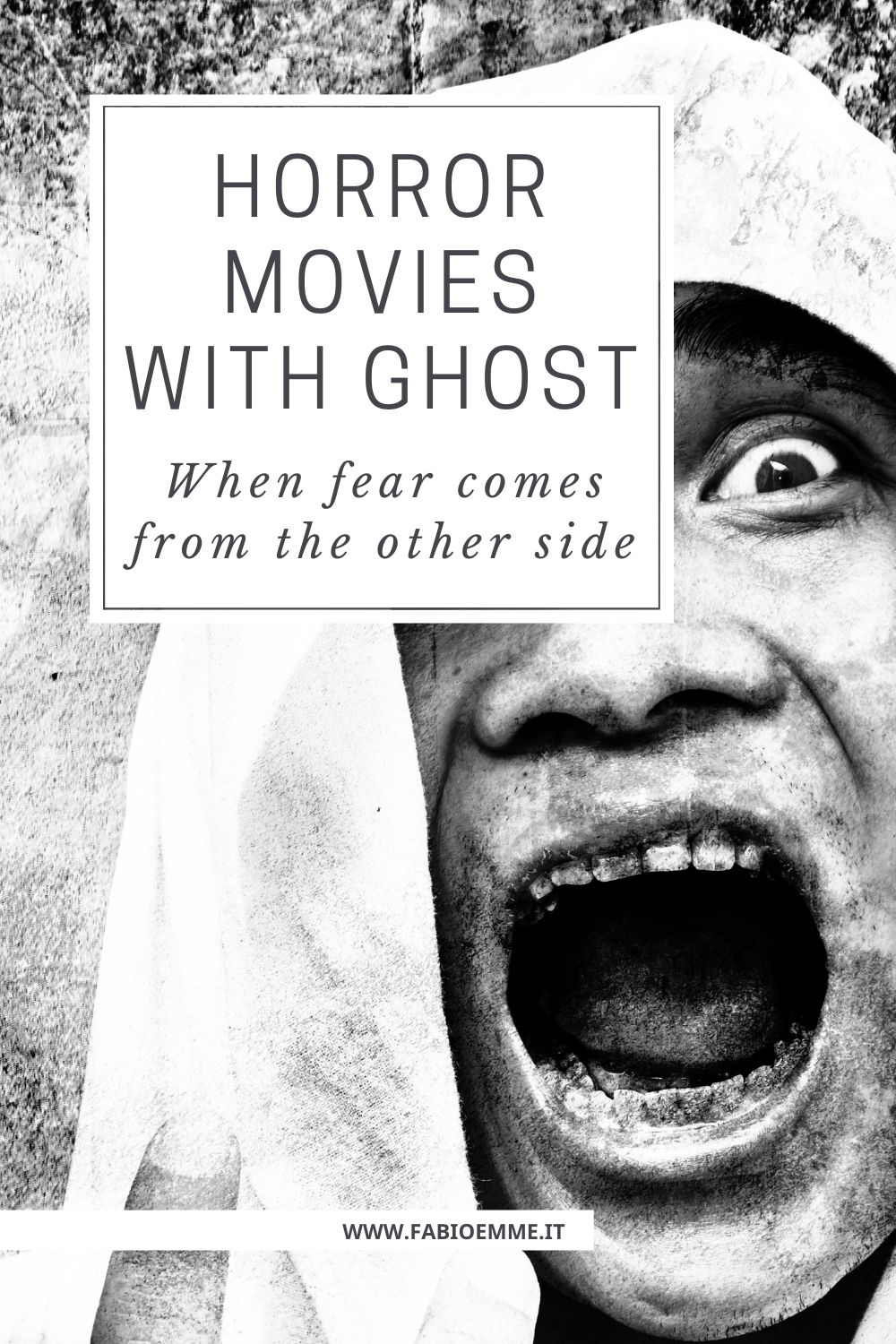 The cinema has always been infested by ghost movies, as the lovers of horror movies know well.

What awaits us on the other side will always fascinate us and is a universal question for all cultures.

Haunted houses, restless spirits, and wandering souls wander from history to history with virtually no peace.

We have seen them in all shapes and inserted them in any context.

We can go from the terrifying Shining to the fun generational cult Ghostbusters.

Or they arrived on our screens as romantic as in Ghost with Patrick Swayze or Always of Steven Spielberg.

It might seem that the audience has to say enough at some point.

But let’s face it, after all, we never get tired of horror and ghost movies.

And then prepare your ouija boards and barricade the doors of the house well because three horror movies are coming from the afterlife with ghosts very pissed off.

He was just an ordinary family man who worked honestly for a living.

When suddenly, an ordinary evening mocking in company changes everything forever.

The man agrees to be hypnotized, making fun of a phantom medium on his alleged paranormal abilities.

The experiment succeeds, and the fortune teller humiliates him in front of his friends without him having the slightest memory.

But once back home, he discovers that hypnosis has opened an invisible window on the world of spirits.

Day after day, some visions of a girl who disappeared many years before continue to torment him.

Initially, he struggles to understand, but soon it becomes clear that the ghost wants him to do justice.

At that point, he has to investigate, trying to find the body to prove to everyone that it is a murder.

But digging into the past will bring back secrets that someone wanted to bury forever.

At the snap of the fingers you will wake

Stir of Echoes is a small big horror movie born from the pen of the superb Richard Matheson, the legendary I am legend author.

David Koepp adapts history to the present day in a much more urban and proletarian context.

As the protagonist, we have a simple city worker with the friendly face of the generational star Kevin Bacon.

The film moves perfectly on the line between the fear of ghosts and the metropolitan thriller, remaining hovering without overflowing in one or the other.

The plot keeps the interest high and is revealed intelligently during the three acts of the story.

From the beginning and the discovery of his ability, we pass with a class to a story of the supernatural investigation.

Until in the end, the various characters converge in the ending that, cleverly, leaves open the door to a sequel.

Unfortunately, a sequel that arrived in 2007 in the form of a mediocre television product, not even distributed in the rest of the world.

But this first chapter succeeds an excellent high voltage horror between friends and family, telling a little story in a significant way.

A little family goes home after a long day at their grandmother’s funeral.

The occasion is not precisely the saddest, as the old lady was profoundly evil and unbearable.

But his spirit still seems to hover, threatening on all of them with strange signals and unexplained apparitions.

The mother is more and more locked in her passion for modeling, while the teenage son suffers from strange seizures of epilepsy.

To give the final blow to a situation already on the verge then comes the tragedy of the youngest child’s death.

From that moment on, for the family is a slow and inexorable descent into hell.

Madness pervades their every waking moment while terrifying nightmares assail the nights.

But maybe all this does not happen by chance but is part of a larger design that the old grandmother had planned and planned.

Therefore, all of them have to wait to discover their destiny and their role in a dark satanic rite between the world of the living and that of the spirits.

The disturbing fear of the inexplicable

Hereditary is a disturbing horror movie where ghosts are not as loud and noisy as in other movies.

Fear never comes from sudden jolts on the chair or exaggerated splatter scenes of violence and blood.

The tension comes from the family’s psychological fragility that disintegrates, inexorably, one piece after another.

Toni Collette and Gabriel Byrne interpret a couple of spouses as convincing and credible, never entirely pleasing to spectators.

The woman tries desperately to stem the madness while the man lives in his arrogant conviction rejecting the evidence.

Ari Aster debuts exceptionally, with a horror anthology that will even manage to overcome with his next film, Midsommar – The village of the damned.

In short, a director to be monitored with care will surely give even more satisfaction to all lovers of horror.

A young girl works in an art gallery in Los Angeles, sadly dissatisfied with her private and professional life.

Until one day, he stumbles upon the corpse of his neighbor, an old gentleman who lived far from everything and everyone.

The man’s apartment is full of paintings as fascinating as disturbing, in which she sees an opportunity.

After stealing all these artworks, the girl agrees with the art gallery owner to sell them.

The works of the deceased and unknown painter have immediate and exceptional success, selling numerous pieces at crazy prices.

But each canvas is possessed by the ghost of its creator that strikes in a terrible way who bought it.

One by one, the owners of the paintings begin to die in the most horrible and inexplicable ways.

Then, it becomes a matter of life or death for the survivors to get rid of their precious paintings.

When art imitates life… and death

Velvet Buzzsaw is one of the few Netflix productions that really convinced me.

Especially the horror movies of the online platform have never seemed particularly practical to me.

But in this case, the film is intriguing, and violence in crimes goes hand in hand with the implacable wickedness of ghosts in paintings.

The union of art and death is certainly not new to horror fans.

For example, Dario Argento tried years ago with The Stendhal syndrome, directing his daughter Asia as the protagonist.

In this case, however, the result is much better, turning to a purer horror where the protagonists suffer for their greed and selfishness.

The justifiably unbearable tension lasts until the last scene and even in the finale that, once again, could prelude to another sequel in the future.

In conclusion, if you have Netflix, do not miss this little pearl. It would be a tremendous waste of your subscription.