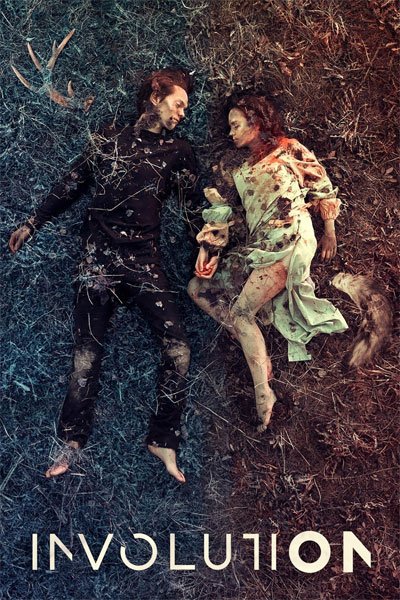 Involution is a 2018 movie that hypothesizes a future in which human biology passes from evolution to involution.

This changeover means that our society slowly but inexorably regresses to a primordial stage.

Forgetting normal civilized behavior, therefore, men and women begin to follow their instincts without any control.

The protagonist of this story is a psychiatric consultant who sees the world around him crumble to pieces.

While he following his patients through video calls, day after day, he sees them go crazy in an increasingly wild way.

One of these psychotic, in particular, develops an obsessive hatred towards him, repeatedly threatening to kill him.

Seeing him in his madness as the cause of all his misfortunes, the madman begins to hunt him relentlessly.

In addition, for days, he has no news of his girlfriend with whom he had quarreled.

The girl wanted to take a break from their relationship and left to stay with her family.

But in the general chaos that suddenly phagocytes the world, he is now able to contact her.

The young psychiatrist decides to risk everything and leaves for a long journey in search of his love.

What if Darwin just got it wrong?

Involution is a small sci-fi movie with an intriguing futuristic dystopia about the possible fate of our species.

Indeed, we are sure of our biological superiority in thousands of years of evolution of the human race biology.

But what we often forget is that it’s not just our technology that has brought us forward to this day.

What would happen if we stripped ourselves of everything that makes us human-like empathy and love for others?

This movie tries to hazard a guess, showing us the consequences of a world without consciousness.

The more the characters in the story regress on an animal level, the more they behave egocentrically and selfishly.

Very quickly, they forget everything it means to be a civil society.

At that point, their every step and every day become a miserable struggle to survive, to find food and shelter.

But perhaps we can see a shred of hope in the young protagonist and his girlfriend.

A spark of feeling survives inside them, which, although small, is perhaps a slight possibility for all of humanity.

A director and deejay with an interesting future

Pavel Khvaleev directs this dystopian sci-fi with great inspiration, using as much as possible the few means at his disposal.

His choice of actors is highly effective, although he can not afford famous international stars.

Alyona Konstantinova and Ryan Masson are a young and credible couple in their depression and their stupid fights.

But of course, their differences very soon no longer matter in the great tragedy that affects the world.

And their minor problems are even less critical when crazy Adam Giannone starts chasing them mercilessly.

Holding these small stories together with great skill, the director turns them into an on-the-road story.

Personal dramas take place without exaggerating but focusing on the evolution of the growing madness of all human race biology.

Although their lives slip into a nightmare without return, the landscapes around them are magnificent as in a dream.

This contrast of beauty and cruelty generates a short circuit that returns a unique and indescribable atmosphere.

In addition to being a director, Khvaleev is also a deejay who, along with his brother, is known for their techno music as Moonbeam.

Therefore, I suggest listening to his music and waiting for his future movies that I personally will follow with great interest, as this interesting 2018 Involution.