The Big Chill – A portrait of Generation 80s 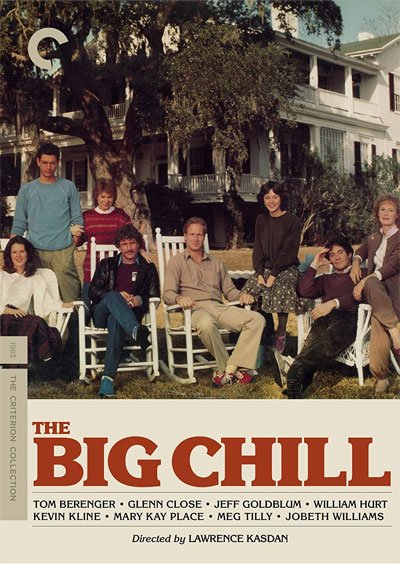 The Big Chill narrates the story of an 80s generation group of men and women, very united in youth, who gather after many years of distance.

The occasion is sadly not the best. Indeed, they return to their old town’ for the funeral of a mutual friend.

Together they greet for the last time this poor boy, who tragically committed suicide a few days before.

After the ceremony, the group is about to part, when they decide to spend some time together.

All of them move into the house of a couple. They have never left the city, and their friends occupying each of their rooms for a few days.

Then come out the little hypocrisies and the big problems hidden behind the faces of sympathy and their apparent happiness.

Some men have a successful but unsatisfactory career, which moves them further away from the life they want.

Others cannot overcome the trauma of war, always inside them despite the past years.

Marriages that from the outside seem to work perfectly, in reality, are revealed about to end.

The sexual tensions that had been dormant over the years come back with arrogance because of the sudden closeness.

A woman’s maternal desire can not be satisfied since she does not find anyone willing to make her pregnant.

Finally, however, those that seemed like irresolvable tragedies are perhaps not so serious and disappear at dawn the next day.

A forgotten generation of the 80s

The Big Chill is one of the most beloved movies of the old generation, a drama/comedy from the 80s culture.

A world that, technology aside, humanly has not changed much, proposing the same issues and problems of young people today.

Insecurity about the future and nostalgia is a common thread that unites all men and women in the world.

Sooner or later, we all doubt having made bad choices. Even worst, sometimes we believe having reached a point of no return in our lives.

And perhaps, these characters’ sympathy, naive wisdom, and stupidity can help us not to dramatize more ‘than necessary.

Especially for the youngest, it can open a cultural window.

Indeed, this movie is an inexhaustible mine of songs that reproduce the voice of the young people of the time.

It is an angry and passionate voice, from The Beach Boys to The Rolling Stones, including Creedence and Joe Cocker.

Each track marks a precise moment of history, changing between delicacy and aggressiveness’ as well as hope and resignation.

In conclusion, like the characters in this movie, we too are only human, and we must grant forgiveness even when no one else wants to give it to us.

The great director Lawrence Kasdan chooses with great wisdom the men and women who will sculpt this movie in the rock of cinema forever.

Going back in time to the 80s, we can see the young faces of these actors’ generation that today are some of the most famous movie stars.

We are talking about actors like Jeff Goldblum, here a pleasant but slightly slimy journalist who desperately tries to have sex with all women.

Even better, we have William Hurt and Kevin Kline and their relationship.

They are two friends marked by the experience in Vietnam who left a piece of them in that war.

Or the always great Glenn Close, wife a bit sad but amused by his friend Tom Berenger become a famous actor.

And finally, although we can never see it, the ghost of Kevin Costner hovers over everyone, which we see briefly in the coffin at the beginning of the movie.

All the parts with the great actor were, in fact, later cut, deciding to tell his character only indirectly.

The Big Chill was an immense success at the box office, even unexpected for what was to be an ordinary movie with a modest budget.

Perhaps not many new generations know it today, but fortunately, it is always possible to fix it.

My advice is to watch it as soon as possible to find out where many actors you still love come from.

Willy Wonka – An original drink for the original movie