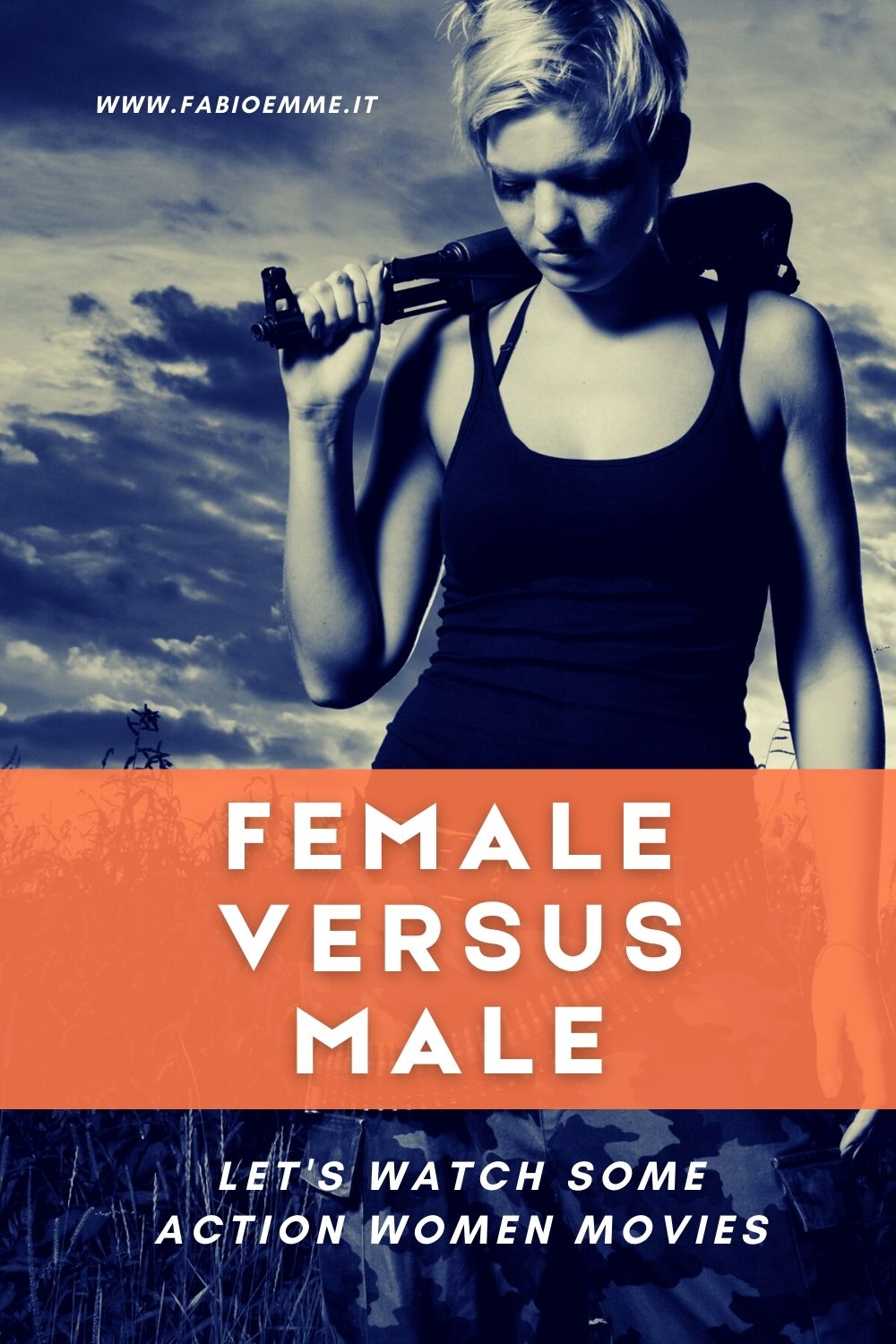 Women versus male is a combination that works and in recent years has brought the prototype of angry females in many protagonists in action movies in our cinemas.

These beautiful creatures may seem as delicate as porcelain dolls, but be very careful not to upset them.

At that point, their sweetness darkens in two eyes of fury that the Devil himself would never dare to stare.

But you can remain feminine and sexy even in an action film?

Let’s discover it together with three titles that make violent feminism their essential mantra.

On the top floor of a hotel run by the underworld, a prostitute longs to give up that life.

Unfortunately, she is not at all a woman any but the boss’s favorite in person.

All the gang’s henchmen and murderers then converge in her room to prevent her from escaping.

They are a varied and lethal sample of psychopaths and sociopaths assorted, fanatically devoted to their leader.

The woman must then make sure that she can free her child, long hostage of the boss.

Trapped without exits and in enormous numerical inferiority, the only choice that remains is to fight to the limit.

Horde after horde of enemies, the unshakable mother warrior manages incredibly to stand up to the Yakuza army.

But despite his efforts, the mob of the boss is getting closer every minute.

The inevitable face-to-face with the king of criminals will then be the unavoidable last act.

It will be the last bloody chance for the female’s revenge against this cruel, all-male micro-universe.

One room and an angry action woman

Everly is a show of adrenaline whispers with the angelic face of Salma Hayek.

The actress throws herself headlong in her role, finding her space among the thousand women protagonists of action films.

Director Joe Lynch believes in his star by sewing on him a story tailored, but not only.

The Yakuza fauna with which he must fight is, in fact, the second substantial value of the film.

We wait with bated breath to see which other crowds will cross the threshold of the room.

These characters are not only evil but also described and staged with incredible irony.

The result is a pink action/pulp sauce with a retro flavor of the superb B-movies of the past.

Although entirely in a room, a film describes a universe of characters over the top but humanly credible and exciting.

A small group of criminals tries the big score by robbing a bank in broad daylight.

At first, the theft seems to succeed without problems, but unfortunately, the dead man escapes in confusion.

A skilled and beautiful thief, their leader, must shoot a guard to prevent his accomplice from being killed.

Once they split the money, the band separates, but one goes back to visit the woman.

She does not like the improvisation of her friend, especially when she discovers some killers at his heels.

In fact, during the theft, he stole some files that could ruin the career of a powerful senator.

The bloodthirsty killers who chase him are corrupt agents ready to do anything for the revenge of their boss.

The police are also tracking her, convinced by false evidence that she is a dangerous terrorist.

Finally, the female has no choice but to fight versus the feds and the city police male to get out alive.

When a woman says no it means no

Momentum is a funny movie about beatings, shootings, and chases with a long hunt without respite between cops and thieves.

The gorgeous Olga Kurylenko is the first time as a star of an action film, not disfiguring compared to other female protagonists in the genre.

The Ukrainian actress had already been a Bond Girl in Quantum of Solace or other forgettable films such as Max Payne, but always in a secondary and athletically little challenging.

Here the spotlight is all for her, and she rolls in it, beating hard from the beginning to the end.

This female anti-heroine is friendly and intelligent, seeking her revenge against the FBI and the policemen.

At the head of the pursuers, we have the elegant and refined James Purefoy, Ruthless executor of the corrupt politician Morgan Freeman.

Their irony and wickedness are carefully calibrated so as not to fall into ridicule, giving the right pace to the whole story.

The comings and goings of the good and the bad are seamlessly confused in a fun and enjoyable cascade of action scenes.

In conclusion, decent directing by Stephen S. Campanelli for a film that does not try to be more than what it is: great entertainment.

In the most infamous neighborhood of Seoul, a woman breaks into the drug factory of one of the most significant gangs in the city.

Unstoppable, the deadly female carries out her revenge and massacres alone the entire criminal gang.

After her arrest, a secret government agency enlists her to become one of its shadow assassins.

Initially, she seems not interested in cooperating, trying to escape repeatedly.

But when she discovers she is pregnant, she decides to follow the training and become an agent for the love of her child.

His task will be to find and eliminate an elusive consortium of mysterious pain killers.

Under the false identity of a theatrical actress comes a new love, but the showdown with her past does not forgive.

The head of his targets is an old acquaintance, a man he cared for and believed dead for a long time.

Living a lie is increasingly unbearable, so this female goes into a war against both criminals and the government male.

Lots of applause for this Korean Nikita

The assassin is a sentimental drama where revenge is female-like, never before.

In action films, it is easy to exceed in characterizing the strength of these women protagonists, turning them almost into men.

The beautiful and talented Kim Ok-bin beats like a blacksmith but is also highly feminine.

Her female Nikita made in Korea throws herself versus the male world for her husband’s love before and daughter later.

Since she’s an orphan at a very young age, her character soon learns the violence and cruelty of men.

Exemplified in this sense is the scene of the gun at the table in style The hunter di Michael Cimino, where the small proves to be a murderer born.

But despite her terrible experience in her lies a delicacy and hope to find love.

When that hope dies, the whole ending lies in the terrible grin that the woman turns to the cops who would like to arrest her again.

Even the director Byung-gil Jung, still at his first experiences, shows a remarkable talent for managing and mixing the various genres of action and melodrama.

To sum up, it is a great action movie where the woman reigns supreme and that the audience appreciated and applauded enthusiastically at the Cannes Film Festival in 2017.

The Big Chill – A portrait of Generation 80s