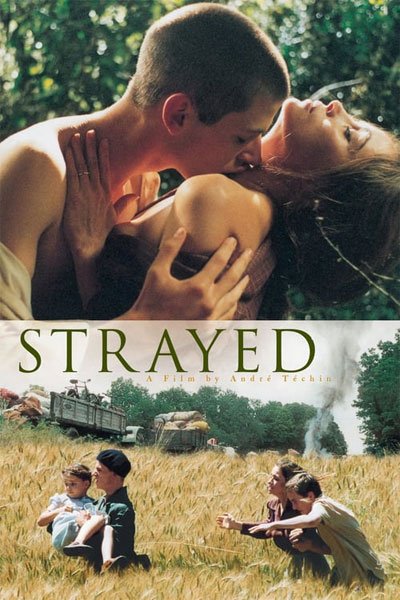 This romance drama movie begins with a mother who strayed from her home with her children in World War II France Nazi-occupation time.

Leaving Paris in their car, they are slowly going south along the country roads in France, searching for a safe shelter.

But the German planes arrive and bombing the fugitive, and they must flee on foot to avoid death.

In the chaos, she meets a boy who enters the forest, away from the most populated areas.

Wandering through the woods, they finally find a big uninhabited home to rest.

The improvised new family does not have much choice.

Traveling is too dangerous, so they decide to live a little time in that place.

Initially, she thinks she doesn’t like the boy, thinking he is too young, impulsive, and arrogant.

For this reason, she does not like him being too close to his children all the time.

But they adore him, and every day he makes himself useful finding something to eat for all of them.

Slowly, an ever more profound feeling arises between them, and the woman will try to reject at any cost.

Romance and drama at the time of the France war

Strayed is an honest and straightforward movie with a love that grows in its protagonists’ natural sensuality and innocence.

These people are drifting without shelter when the ordinary rules of society suddenly collapse.

Trying to escape from the soldiers, the French soon get used to the new emergency condition.

Initially in shock, unfortunately, it becomes common to see corpses on the streets and run into shelter feeling the roar of an airplane.

The everyday routine of home and work vanish in oblivion, and the most basic and immediate priorities take over.

Eating, drinking, sleeping, and having a safe place are things that occupy all the time of the day.

They isolate themselves into the woods, and the world disappears, leaving them to their fate.

Then it’s just them and the two children, alone in the middle of war-torn France.

Their social, cultural, and age differences also disappear along with their inhibitions.

But such a love obviously cannot last long.

And so, together with the soldiers marching everywhere, the sad reality manages to reach them in their little paradise.

A poem of the soul and youth love

The original title of this movie in France is Les Egarés, which means The Strays.

Director André Téchiné creates a small universe suspended in time and space, far from the horrors of war.

A world that begins by distancing the young mother Emmanuelle Béart from everything she knows.

The woman initially only cares about the survival of her children, unable to understand what happens.

But once she’s safe, all those emotions that she thought were dormant come crashing down on her again.

The young Gaspard Ulliel then becomes something more than a security and a simple company.

By teaching him how to write, her innermost urges emerge as they approach each other.

Then when other men arrive in the house, she finally understands what she wants and lets herself go to her feelings.

Strayed is a sweet and bitter poem at the same time, full of nostalgia and desire to live despite the war.

A portrait of ordinary people without uniforms just trying to survive and then discovering that it’s not enough.

In addition to surviving, we all need to live and dream romance and drama like movies.

But all dreams always have an awakening, and even this film has its ending.

An ending that perhaps is not what we all want is why it is as true as life itself.

Sleepover – The movies to choose for a good evening with friends