Capone – The end of the most dangerous gangster ever 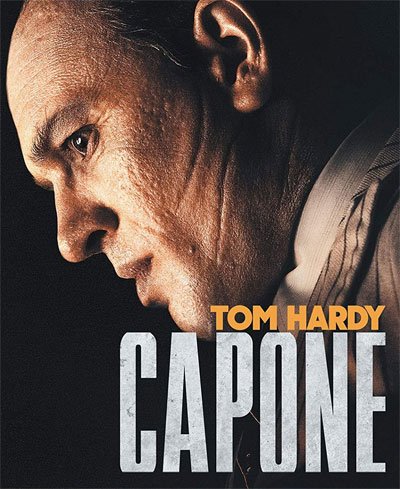 A little surprisingly, in 2020, come out a remarkable biopic about the last year of life of Al Capone, the most notoriously dangerous gangster ever.

The criminal had left the prison still very young but severely afflicted by an incurable degenerative disease.

A disease that he had since childhood and that had worsened enormously during his ten years of imprisonment in Alcatraz.

Altogether abandoning the world of crime, he retreats to his gigantic palace with his wife and son.

Around him, many of his old accomplices continued to come and go from the house.

Their constant presence confuses the former gangster, surrounding him continuously without a moment of peace.

Also, a young FBI agent insists on investigating, believing there are still secrets to be uncovered about his dark past.

Indeed, they want to know where the former boss has hidden the over 10 million dollars he has accumulated over the years.

Destroyed in mind and body, he wanders among the ghosts of his memories about all his old friends and enemies.

So the feds and criminals watch him night and day, waiting for answers from him that he can never give.

While he slips into the last stages of the disease that will lead him to the grave, all his past will come back to him with violence.

A life of greedy violence ended in pain and remorse

2020 Capone is a movie about the fall of a gangster, passing from a dangerous and ruthless killer to a weak and useless human being.

The man barely stands on his own feet, chewing carrots as the iconic cigar that once warped his grin scars.

The terror he instilled in others then becomes a tragic parody, continued only for the greed to find his money.

But even in his confused and unhappy life, he’s extremely cruel to those around him.

In his mind, the past and the present merge in a continuous flow that he can no longer distinguish.

Day after day, he relives the murders that led him for a short period to have enormous power.

Murders such as the famous Saint Valentine’s Day Massacre, narrated in comedy by Billy Wilder‘s 1959 movie, Some Like It Hot.

The day his men massacred almost entirely his criminal rivals in Chicago.

Or even worse, the torture and death of one of his trusted collaborators and childhood friends.

His ghost haunts him since he killed him, thinking he was a traitor who sold the gang to the feds.

Finally, the gangster is obsessed with a son he never wanted to know, born from an appealing dancer relationship.

I thought Josh Trank was out of the movie system after the failure of the 2015 Fantastic Four.

I liked him in the past, appreciating his debut with Chronicle advising it in the following post.

Instead, the director amazes me by completely changing the genre and creating this biopic with almost supernatural fantasy shapes.

His winning choice is to put Tom Hardy as the absolute protagonist, unforgettable, and who has a complete catharsis with his character.

Free from the stupid mask he acts in The Dark Knight Rises, the actor shows all his talent and charisma.

His Al Capone is a powerful and sad man, arrogant and pathetic, and one of the best characters in the movies of 2020.

At his side, equally good is Linda Cardellini, a young actress who here finds the best role of her career.

She plays the wife, a tired woman after decades of living with the most dangerous gangster of Chicago.

Assisting him in his last days of life, he endures his madness and slow slides toward the inevitable end.

Finally, there is a small but fundamental role also for the consistently high-grade Matt Dillon.

The actor is the ghost of Capone’s most trusted men, as I said before, killed without mercy because he believed him to be a traitor.

To summarize, a film not to be missed for those who love crime movies such as Brian De Palma‘s masterpiece, The Untouchables.

For you, it will be an opportunity to know the life of this gangster from another angle, more human and less mythical but equally exciting.

Ideas for Home and Movies – Step 1