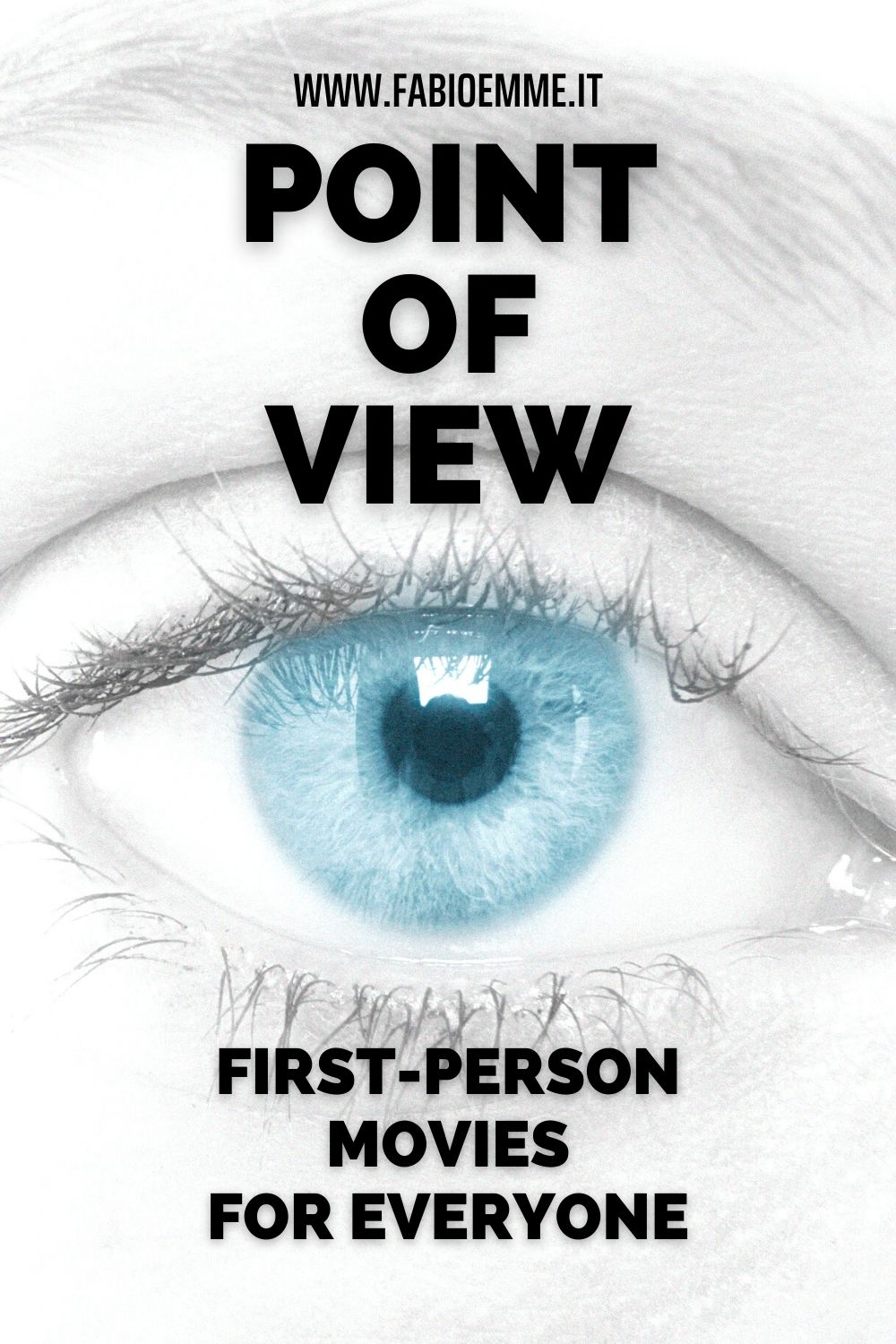 Entering the protagonists’ eyes has always been the best point of view as first-person involvement examples for the viewer.

For this reason, movies told through the subjective are now effectively a genre in their own right.

Of course, broadening the concept on cameras eyes, mobile phones, and the increasingly wide range of audiovisual recording media today.

The genre is obviously not new in cinema, even going back to the ancient splendor of red light films.

Later this style was handled with great art, even in the auteur cinema.

Directors such as Alfred Hitchcock or Brian de Palma, use the technique in many of their suspense scenes.

Or even, for example, Dario Argento, with the killer’s first-person point of view in many movies, such as Deep Red.

Today we talk about these kinds of movies, for a completely subjective selection of some movies in subjective.

A teenager decides to buy a camera to document every moment of his day from his point of view.

He’s going through a difficult time with bullies harassing him at school and an alcoholic father abusing him at home.

In addition, his mother is seriously ill, and she does not have much time left to live.

One night his cousin invites him to a party to help him distract himself from his problems.

During the evening, he goes into the woods with another boy, finding a strange hole in the ground.

Together they find a hidden underground cave, where some fluorescent rocks begin to vibrate, causing everything to collapse.

Miraculously the three manage to escape, and then they discover to have developed telekinetic abilities thanks to the accident.

Initially, they just are able to move small objects to have fun. But shortly, they master it better becoming more and more powerful.

The unhappy teenager finally sees the opportunity to rebel against who, in his opinion, has ruined his life.

So much power will corrupt him, and his friends must try to stop his growing and uncontrollable madness.

I have the power!

Chronicle is a low-budget action movie with good ideas and a great adventurous cadence.

A story of formation that chooses to involve us by telling the story directly from the protagonists’ first-person point of view.

The eyes of the camera become the only witness of the epic of these guys.

Director Josh Trank skillfully uses the subject of telekinesis also by choosing his style of directing.

If the first part is a hand style classic video amateurs, but the second half has technical virtuosity remarkably fascinating.

Indeed, as the power grows, the boys move the camera with their minds, giving another style to the whole movie.

Finally, equally remarkable is the performance of actor Dane Dehaan.

Starting as an unhappy and tormented young man, he will then become along the way a bitter and vindictive supervillain consumed by his own power to finally enter a self-destructive descent.

Then he improves in Valerian and the City of a Thousand Planets or Life, playing a charming James Dean.

The director, unfortunately, slender in the reboot of The Fantastic Four in 2015 and then disappearing into thin air.

Two young kids wish to spend a week together with their grandparents, who have never had a chance to meet.

Their mother had run away from home very young and since then cut her parents out of their life.

However, given her children’s desire, she agrees to let them go while she does a vacation with her new boyfriend.

The two children then travel to Pennsylvania, armed with cameras to record the experience from their point of view.

Upon their arrival, as expected, the grandparents lovingly first-person welcome them and let them into their home.

Initially, everything goes for the best, and the occasion also allows them to hear stories about their mother when she was a child.

But very soon, they begin to notice a disturbing madness in the speeches, eyes, and behavior of the two elderly.

The grandmother wanders around the house at night in a state of dementia and sleepwalking dangerously aggressively.

The grandfather is just as fierce in hiding his incontinence and the fact that he uses diapers.

In the end, anxiety becomes pure terror when they inevitably discover the terrible reality.

The better to eat you with, my dear

The Visit is a psychological horror with a high rate of whispering, repeating the classic fairy tale of children, prisoners, and victims of monsters.

The family environment of the grandparents’ house becomes first a strange, scary world and then literally a nightmare without exit.

M. Night Shyamalan returns to his genre debut with the horror-thriller pulling the cylinder a film tense and original.

A real breath of fresh air after the silly sci-fi After Earth starring the vacant Will Smith and son.

The director knows well how to get into his characters’ heads, building a small but effective stage with only four actors on the scene.

The use of the point of view, for example, allows him to leave free rein to his visual fantasy, telling the story mainly by first-person perspective.

The style is very static with fixed shots, building tension hidden or partially off-stage away from our eyes.

In short, summing up a comeback in style for Shyamalan after many years of films with a fluctuating quality.

I have always appreciated a director confirmed with the subsequent Split and Glass, splendid final chapters of his superhero saga started 20 years ago with Unbreakable.

An aspiring director and his girlfriend and his classmates are in the woods in the middle of the night, trying to make a horror film.

While they are intent on shooting their little story of zombies, listening to the radio that are erupting violent riots around the world.

The group interrupts everything and gets in the car to run back to the city and first-person find out what’s really going on.

Along the way, they meet some victims who try to attack them and realize that the dead are really coming back to life.

Completely alone and without any help, the boys begin to wander, searching for a haven to hide.

But society has already begun to fall apart, and there is no authority of any kind to handle the chaos and the struggle for survival.

Their journey then continues aimlessly along with the bloody shreds of human civilization, recording everything with their cameras.

And eventually, they’ll be able to upload their little documentary online, hoping to help other people stay alive in that hell on earth.

Diary of the Dead is a small independent horror full of original plot ideas and technical realization.

As usual, the brilliant George A. Romero uses his beloved zombie theme to come into conflict with intelligence and sarcasm about modern society.

A society that disintegrates into a thousand pieces overnight and citizens find themselves isolated in survival like so many Robinson Crusoe.

Although it predates the era of large-scale smartphone phones, the film already points the finger at our obsession with first-person digital omnipresence on the net.

But for once, this dependency on society is aimed at the good of others and not to satisfy our egocentrism.

For example, they upload videos on Youtube not to get views but to endure their point of view and experience.

Sadly, this is one of the latest works by the father of modern zombies, a genre he created with the founder of Night of the Living Dead in 1968.

A genre that has carried on in six films, each as a horror different and innovative from the previous, is the penultimate chapter.