We are Invictus – The drink for unshakable men 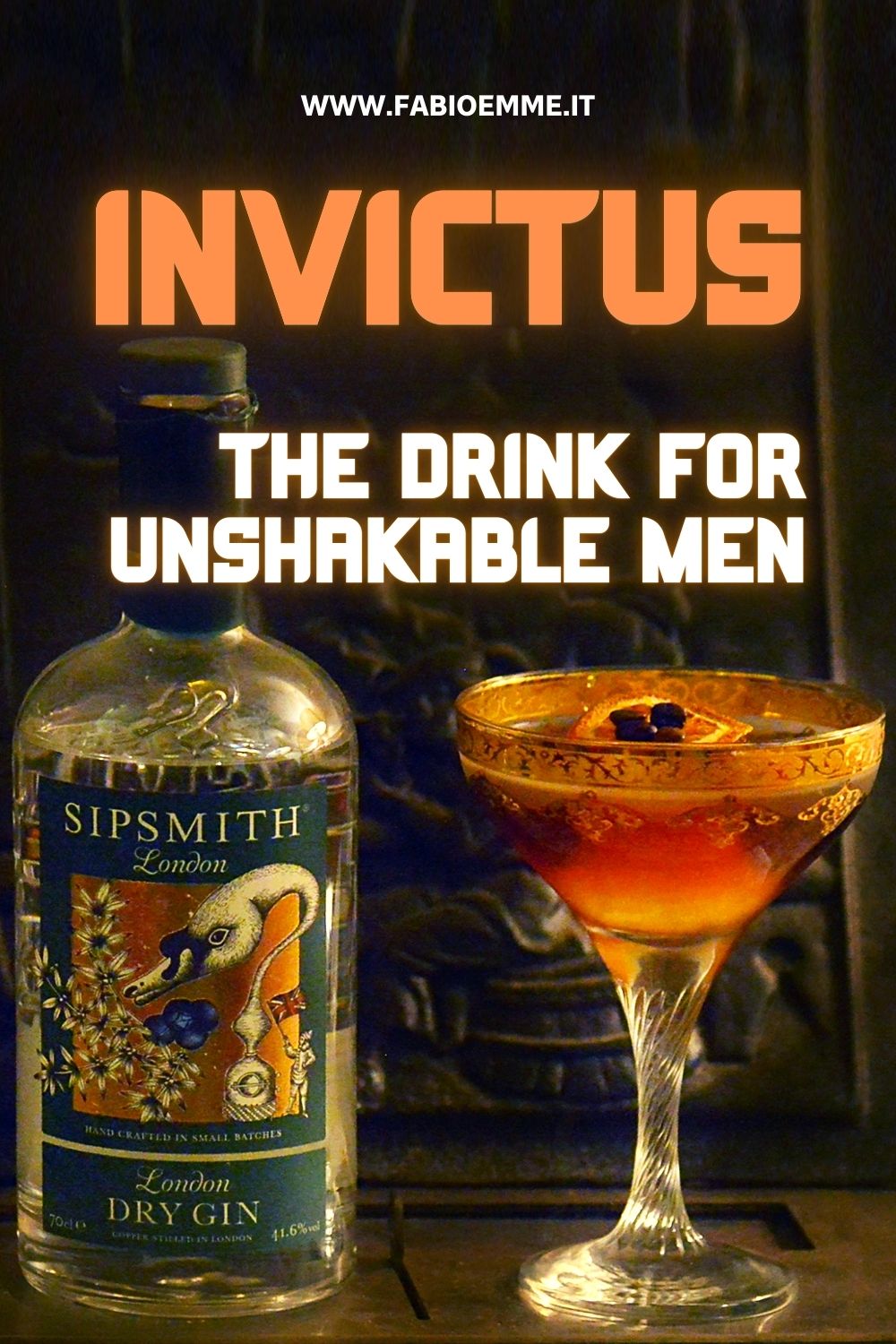 Invictus is a Latin word that means never defeated, and we are always looking for life-inspiring characters like the South Africa president Nelson Mandela.

Likewise, Nelson Mandela sought courage in his long years of political imprisonment because of apartheid in South Africa.

While dreaming of returning to freedom, he grew strong every day, remembering the homonymous poem Invictus by William Ernest Henley.

Nelson Mandela’s first years as president of South Africa, in turn, inspired Clint Eastwood to direct this magnificent movie of sport and courage.

Indeed, the great American director focuses on the victory of the World Cup by the national rugby team in 1995.

Sadly, the black people of South Africa hated the rugby team as it represented the old Afrikaner racist white regime.

Conversely, Nelson Mandela understood the importance of reuniting his people after the dictatorship.

For this reason, he supports and encourages, day after day, these rugby players and their captain Matt Damon.

But even he could imagine they could reach the final and defeat the legendary All Blacks New Zealand team.

Beating the world’s strongest team immensely helped the new president in his political career, defeating the old skin color differences for his people one day.

(inspired by the movie Invictus by Clint Eastwood, 2009)

PREPARATION:
The drink is prepared with the sty&strain technique.

Pour the red Vermouth and the Barolo Chinato into a mixing glass and leave them to infuse with some roasted coffee beans.

Then pour the Sipsmith Gin, a few drops of chocolate bitter, and ‘close’ with thyme liqueur.

Mix gently and serve in a retro cup with an ice ball decorated with a slice of dehydrated orange and coffee beans.

After watching the movie, he paid homage to Clint Eastwood and dedicated it to Nelson Mandela as president and example for everyone.

“Everyone can improve in spite of the circumstances and achieve success, if they dedicate themselves passionately to what they do”.

From these words of the Nobel Peace Prize winner, he develops the powerful inspiration for the drink.

The bitter notes of Barolo Chinato are combined with those of red Vermouth infused with roasted coffee beans and a few drops of chocolate bitter.

All with the flavor of Sipsmith London Dry Gin, distributed in Italy by Stock Spirits and supporters of the so-called Gin-Renaissance.

Lemon and orange peel, combined with the root of iris and licorice, coriander, angelica, and cinnamon, the Sipsmith Gin is floral and fresh to the nose.

While the palate immediately recalls the juniper’s strong notes, it reveals, on the long, soft, and round finish, a pleasant note of citrus jam.

It is the final perfect ingredient for this cocktail, which brings to the palate the might of Nelson Mandela.

A tribute to his combative spirit, the indomitable justice thirst, never letting the extreme circumstances defeat him.

Circumstances such as, for example, the prison experience and all the consequences of the prejudices suffered.

These unique flavors take us back in time because, as the bartender recalls, memory is the fabric of identity.