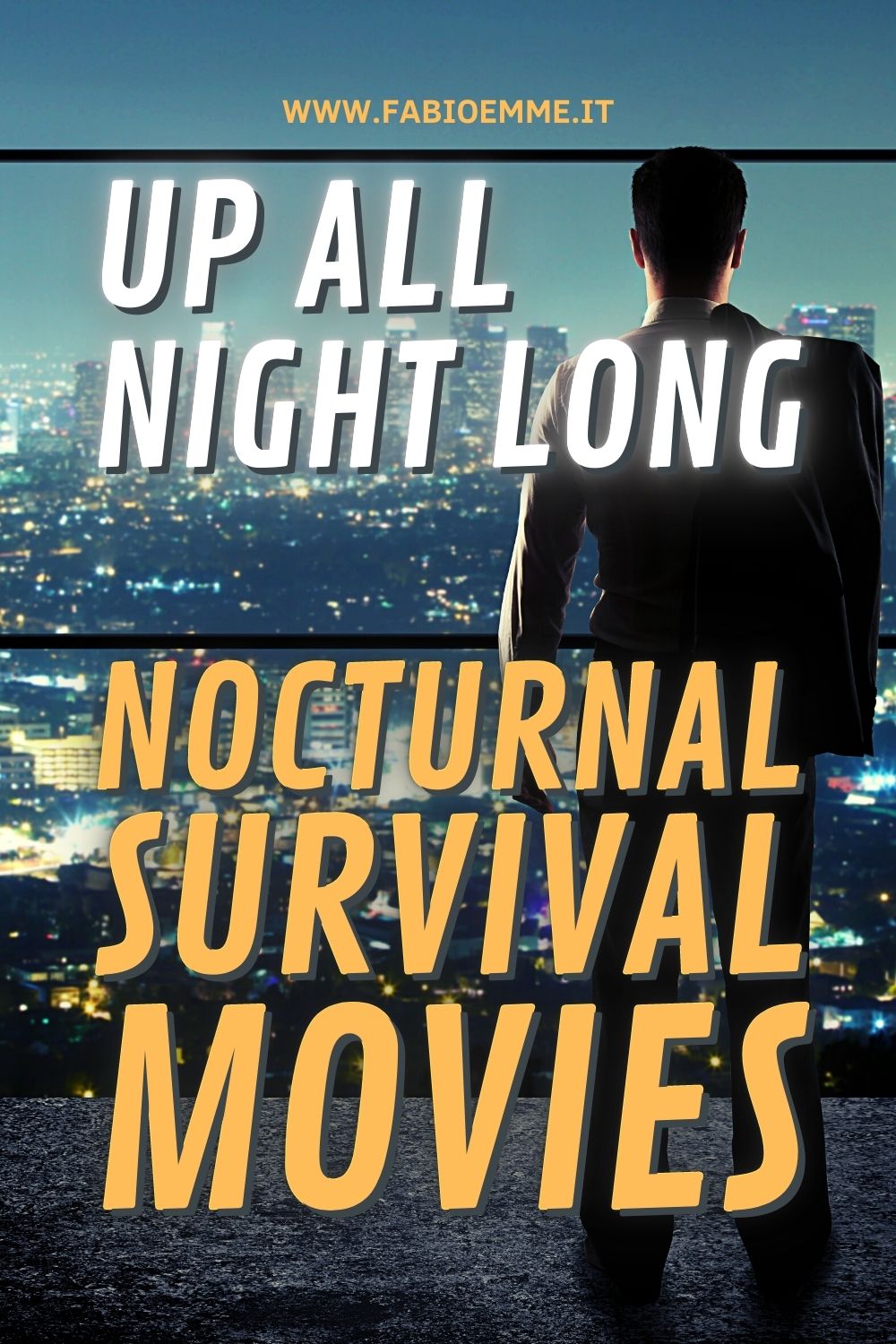 Want to stay up all night long watching some great survival movies?

Then you have entered the right place.

Let’s immerse ourselves together in the nocturnal, claustrophobic, and scary atmospheres of these heart-pounding thrillers.

In general, three different movies, style, and rhythm but united by the will to run against time to reach dawn.

And now, without further prefaces, we turn off the lights and start the show. The night looms.

Collateral is the story of a young taxi driver’s long night, forced to help a hitman kill five targets.

Initially, he’s enthusiastic about the great payoff in working exclusively for the man all night.

But soon, he becomes his hostage when he understands the true nature of his journey’s various steps.

Initially apathetic and submissive in his role as a driver, the man develops a ferocious determination alongside the killer.

Interested in eliminating a series of witnesses for a gangster boss, he has a specific deadline to complete his work.

A path of death through Los Angeles, from the petty drug dealers’ poorest neighborhoods to the trendy uptown nightclubs.

Finally, when the two men break violently, it is inevitable to escalate up to a final western-style duel in the subway.

Among L.A. streets with a round in the chamber

Collateral is a tremendous metropolitan action noir, an entirely nocturnal movie on the road.

It is wonderfully illuminated by the city’s artificial lights and emphasized, scene by scene, by an amazing soundtrack.

It goes from the romantic jazz/blues to the loudest modern techno, perfectly in rhythm with a devastating disco shootout.

Jamie Foxx plays one of his career’s best roles. Initially, he seems just one of the many ordinary man night workers in the city of angels.

But when he doesn’t play hostage anymore, then decides to fight to the end if he must die.

Tom Cruise‘s transformation is even more remarkable, giving up his Hollywood awesome look.

Aging his face and graying his hair to become a mature and experienced killer disillusioned with life and people.

An unusual role for the actor, combining the merciless brutality of his murders with an almost poetic passion for music and art, as in the splendid scene in which he faces a famous jazz player.

Michael Mann confirms all his talent in this irrepressible modern action noir. A story told with the slow and harmonious rhythm of blues music song and the unpredictability and wickedness of a jazz ballad.

For the two protagonists, Los Angeles becomes a fierce battlefield after dark, where they must keep moving and adapt to every survival situation.

Collateral was a huge box office success, awarded by critics and the public, grossing over $ 200 million worldwide.

I think this is a more than deserved victory for the great director of Heat and The Last of the Mohicans.

He can always innovate and change while remaining faithful to his style and his characters’ dark and lonely nature.

Five friends decide to spend the evening together by going to an important boxing match.

On their camper for rent, they meet a lot of traffic, so they decide to divert through bad neighborhoods.

While they are looking for the right path, they load on board a desperate boy who asks for their help.

But soon after, some criminal drags him out and kills him in cold blood before their eyes.

With much luck, they manage to escape on foot through the decaying buildings of that poor part of the city.

The criminals chase them relentlessly, having no intention of leaving any witnesses alive to their murder.

For these friends, it will only be the beginning of a long night of fear, fighting for survival trying to get home.

And in the end, they will have to find in them that strength they did not know they possessed, testing their courage in the final test.

Judgment Night is a tense and engaging thriller where the ordinary man pitilessly clashes with suburban violence.

The familiar places of the city become scary traps where danger is always lurking.

The whisper grows in the right way with constant anxiety and a relentless enemy always on the trail of our heroes.

Even personal relationships between friends evolve and change during the night, even reaching the clash in the most exasperating moments.

Stephen Hopkins does an excellent job of skillfully directing a simple and effective plot and a group of skilled and young actors.

The two main protagonists are Emilio Estevez and Denis Leary, the leaders of the two groups in conflict.

The innocent father of the family will have to pull out his hidden and brutal side to fight the murderous criminal already accustomed to violence.

Among the other members of the cast, we remember the always excellent Cuba Gooding Jr. and the young Stephen Dorff.

Credibly and engagingly, they are respectively best friend and problematic brother of the protagonist.

To summarize, an excellent survival movie of great entertainment taking place up all night long in the wild meanders of Chicago.

A young girl begins her first shift at a small, isolated gas station.

It is an important step forward for her, getting back into normality after a psychologically terrible period.

Indeed, the police arrested her husband, discovering that he was a maniac murdering women.

The complicated relationship with that man left deep wounds in his body, especially in his mind, now the victim of phobias and hallucinations.

After years of specialized care, the girl finally feels ready to move on and start her life again.

But, of course, fate has an atrocious showdown in store for you and all those who have the misfortune to set foot in the club.

In fact, the maniac escaped from prison searching for revenge against his woman, guilty of having testified against him.

The girl will have to overcome her traumas and fear into a long survival night of terror.

Open 24 Hours is a horror-thriller with fear and rivers of blood with strong physical and psychological violence.

The long night of the unlucky gas station salesman begins slowly and then increases in speed and madness until the final carnage.

The various characters entering and leaving the store are well-differentiated and characterized, helping immersion in the scary mood.

Padraig Reynolds writes and directs an excellent low-budget movie making the most of the few resources and actors available.

Considering the limited location, the director alternates external and internal hiding in the dark the tension and the expectation of the killer.

Vanessa Grasse is a credible protagonist full of complexity and fear towards the whole world.

Living closed in her shell before and after the conviction with the maniac, she finally believes in having come out of that hell.

But his therapy has one final session against the monster who destroyed his life and that of many other women.

Finally, perfect also Brendan Fletcher in a small role at the gas station, welcoming the girl to her new job.

The actor at the time had also been a homicidal maniac in Uwe Boll’s Rampage, even more, violent and crazy.

In conclusion, a single night of blood and madness for survival or to give way forever against the terrible ghosts of the past.