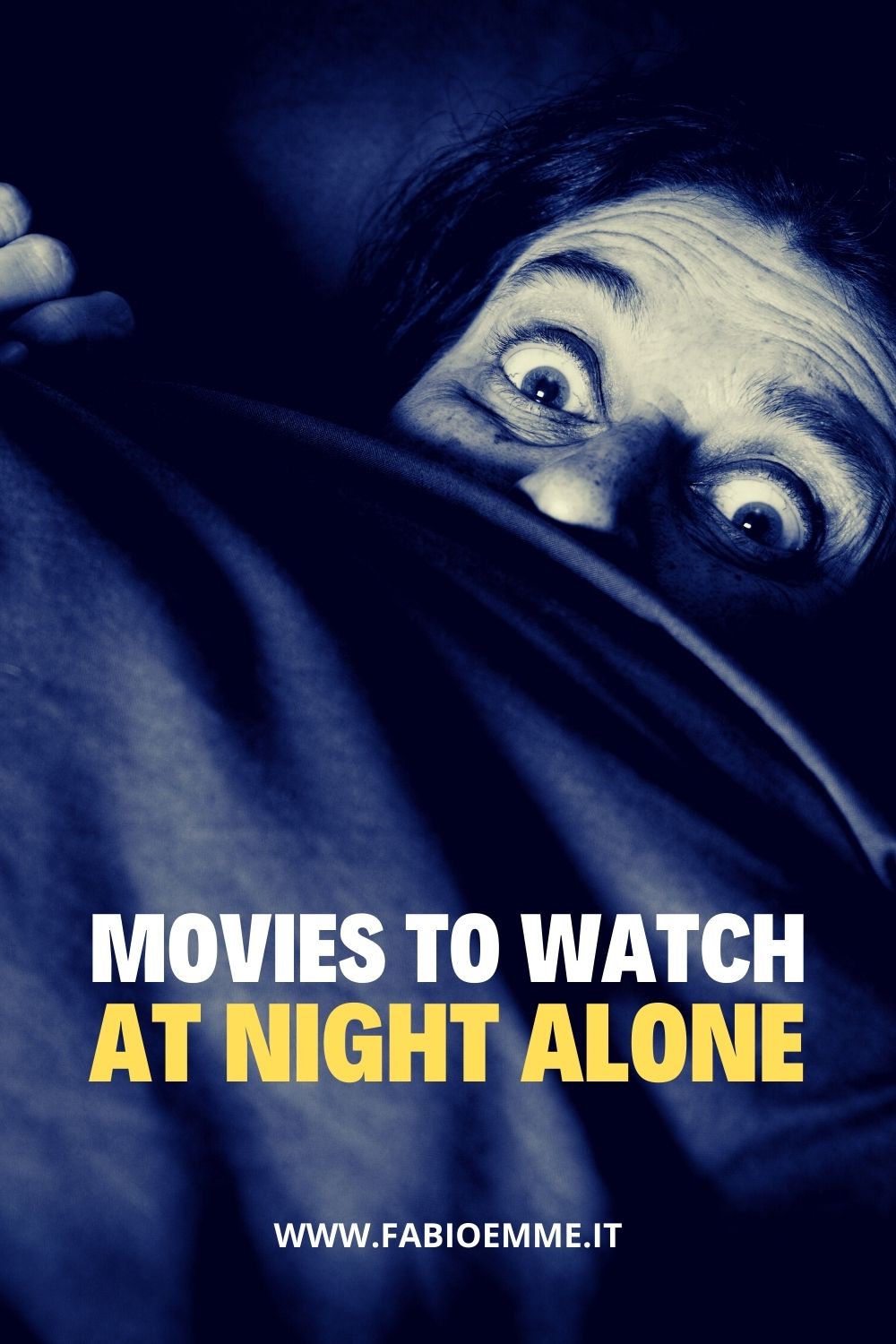 You are at night alone, and you’re looking for some good scary movies to watch until the dawn?

The choice is not lacking, and the atmosphere is already perfect to put you in the ideal mood.

But why limit yourself to the usual bloodbath of innocent victims, murderers, and various psychopaths.

You can enjoy high-level entertainment, but more thoughtful and directed by talented directors.

Let’s watch together three horror movies that will keep you in suspense without turning your brain off.

A couple of recent lovers with a child travel to Wales to move in together.

Start a new life from scratch, they hope to leave behind the old tragedy of the previous man’s wife.

The new house is immense, very luxurious, and isolated in the magnificent local landscape.

But obviously, it isn’t going to be that safe, quiet place he was hoping for change their life.

Indeed, the house has been rebuilt several times over the centuries, hiding a series of tragedies and terrible deaths.

His daughter is constantly seeing a strange older man who seems to threaten her.

Everyone in town seems to know something they don’t want to reveal, avoiding contact with the new family.

In addition, even the woman has something to hide that could permanently undermine their relationship.

The house will soon become a trap with no way out, and the man will find himself face to face with the demons of his past.

A man’s house is his mortal castle

You should have left is a tense family thriller full of suspense hanging between sci-fi horror and psychological drama.

The supernatural element slowly creeps into the story alongside the guilt complexes and hidden secrets of the protagonists.

Besides, we can say the house is like another cast member.

This malefic castle is in a continuous change of spaces and dimensions with a ghost that wanders inside it like an ancient curse.

Every scene inside this place is different from the other, and every corner and shadow hides a mystery to find out.

Excellent direction by David Koepp as already in Stir of Echoes, another horror again with Kevin Bacon as the protagonist.

The actor plays with great anxiety and disbelief, a man for which we initially sympathize but becomes increasingly ambiguous.

At his side, the beautiful and good Amanda Seyfried is no less in the role of the young wife full of desire to start again.

In conclusion, it is a good mystery and ghost movie to watch during your scary night alone.

A young couple lives happily in a secluded country house managing a small bar in the city.

After ten years of living together, the woman disappears, leaving a note where she says she wants to spend time alone.

The man begins a long wait hoping that she will return, trying to understand the reason for his escape.

As if from that moment every night, a ferocious creature besieges his house, trying to enter at any cost.

It becomes an extended test of endurance for him, barricading the doors and falling asleep with a rifle in his hand.

His friends, including the local sheriff, refuse to believe him and think it is because of exasperation and loneliness.

All that remains for man is to prepare for the struggle every evening instead of spending days remembering his love.

Fear of the unknown and loneliness

After Midnight is an unusual horror with many different sensations into an unusually romantic atmosphere of abandonment.

The protagonist’s sweet personal flashback perfectly alternate with the monster’s attacks and the ordinary days with his friends and colleagues.

Day after day, the man laboriously understands the unhappiness of his woman remembering the small moments together.

Therefore, the monster is nothing more than an excuse to trigger the story and talk about entirely different topics.

Not surprisingly, in the few scenes in which we see him, it is a fake rubber puppet.

The director is Jeremy Gardner and Christian Stella, who gracefully narrate this black tale on the notes of some sweet pop and country songs.

To summarize, it is a scary movie quite rare, to watch carefully to understand it and perfect to fill your long alone nights.

A young mother of two children returns after many years to the beach of Santa Cruz, whereas in childhood had a terrible experience.

Indeed, inside a carousel of horrors at a fair, she had met another child identical to her.

Her husband still manages to convince her to go back to that place to spend the holidays together as a family.

But on their first night, a group of strangers shows up at the front door with a threatening attitude.

As in the past, even these people are equal to them, as if they were evil replicas of the small family.

The encounter immediately becomes violent, and all of them miraculously endures to escape.

Once they leave the house, they discover with terror that the same thing happens in all the United States.

Us is an incredible horror and sci-fi journey, full of humor and intelligence with a terror ubiquitous until the last minute.

The madness sweeps scene after scene from the closed story of a small household to a coordinated invasion of the entire nation.

These murderous monsters are also victims, suffering for our every moment of joy and having no purpose in life.

It is a clear metaphor of our modern consumer world, ruthless towards the weakest that exploits to the death.

The plot is a mirror of our world, where civilizations suffer in poverty every day for the welfare of a few entire continents.

In this case, however, the victims arm themselves with sharp scissors and cheerfully begin to slice their oppressors.

Jordan Peele made another excellent movie, already the author of Get Out, confirming as a genius horror director.

This movie is full of good ideas, scary scenes, and perfect to watch alone at night to reflect on our lives during the day.