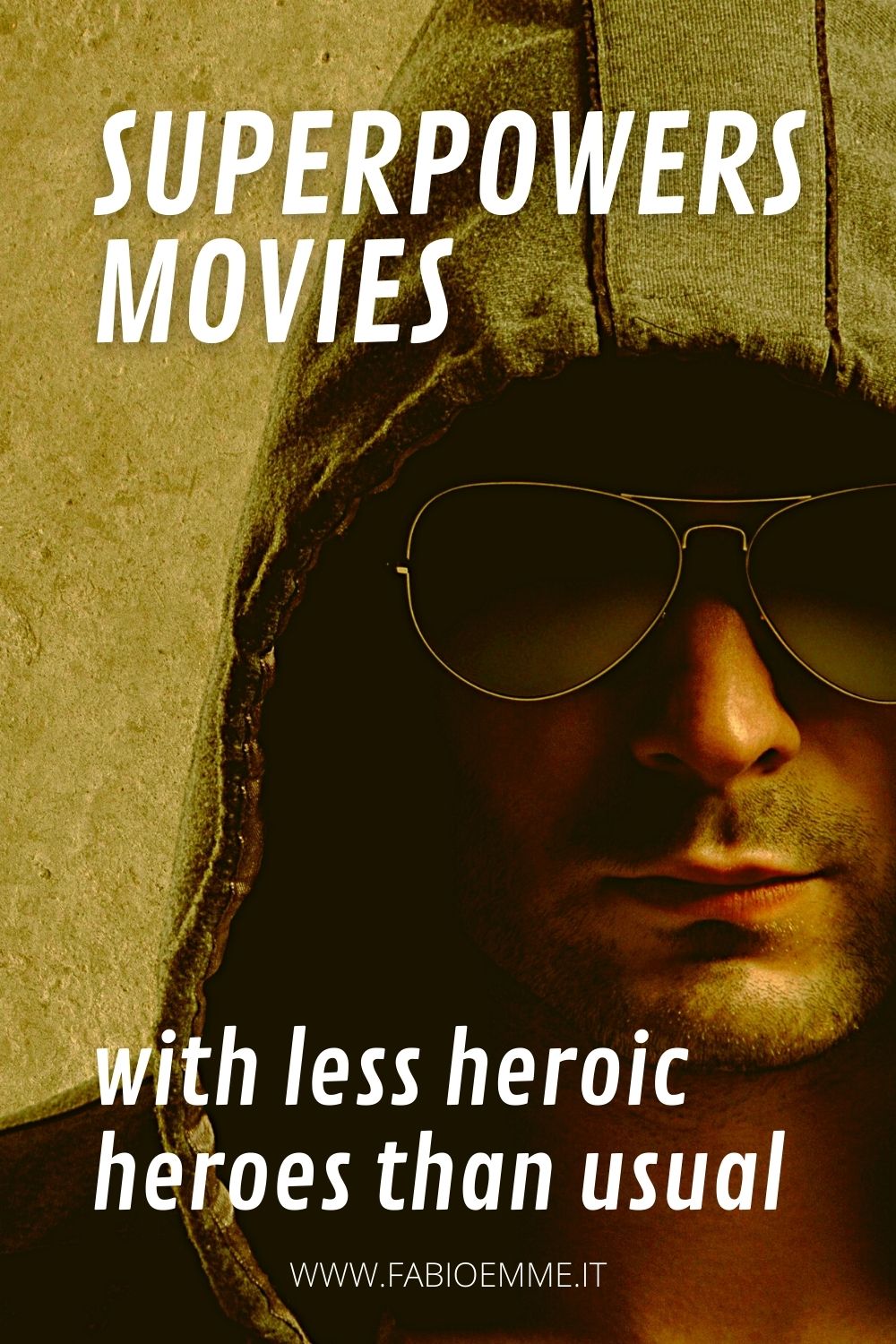 Not always in movies with people having superpowers, they are heroes engaged in heroic world rescue.

Sometimes they are just ordinary people in extraordinary circumstances who have to go through the incredible not by choice but by necessity.

Personally, I find it a nice variation compared to the usual movies of the Avengers or the X-Men, too much similar to each other.

They are spectacular and entertaining movies, but aren’t their heroes sometimes overly heroic?

They would often need a few more minutes of reflection and dialogue instead of the usual scenes full of special effects.

Let us, therefore, recommend some heroes less heroic and more ingenious movies, but always with many superpowers.

An ordinary man is on the run with his son, hunted down by the government and a highly religious sect.

Only an ex-cop friend accompanies him on the journey to his former wife to reunite his family.

Indeed, their child has extraordinary and inexplicable abilities connecting him to a universe of parallel creatures.

While growing up, adults always trying to use this power for their selfish purposes.

The head of the sect believes that his visions preach an impending apocalypse.

On the other hand, the army would exploit the military and technological potential to gain a strategic advantage.

But even among the authority, there are men with an open mind, like a scientist trying to help them.

Very soon, all these men will find out they have a date with destiny.

The child is unique in many ways, and he also represents a meaningful change for the future of all humanity.

A heroes movie without heroic characters

Jeff Nichols does a great job in the direction of the plot and characters as in his previous Take Shelter.

Once again, he decides to have Michael Shannon as the protagonist who gets back his son after years before being taken.

Fearing the worst for his child, he can’t avoid being afraid of his son’s uncontrollable power, trying to help him control it.

As his trusted friend on the run, Joel Edgerton is equally unshakeable in wanting to get to the end of the journey at any cost.

He makes an honest interpretation in a supporter role for him, an outstanding director, and not just a good actor.

Later on, the two meet the beautiful and sad Kirsten Dunst, a young mother whose cult take away her son’s custody has.

We see a small unhappy love story only for a few minutes, submerged by the urgency of escaping from every refuge and safe house.

Mention also for Adam Driver, the scientist who wants to know the inhuman skills of the boy.

Midnight Special is a movie that not many people know with a slow and sinuous rhythm narrating a boy’s epic with mysterious superpowers.

A little girl lives alone with her father, never allowed to leave the house.

But, one day, curiosity prevails when she notices a mysterious ice cream maker outside.

Not knowing whether or not she can trust the strange man or her father, she’ll start looking for answers.

Since then, she begins to discover the truth about the outside world, and she will never be able to go back.

Hunted by federal authorities on the hunt for people with special abilities, she will try to save her mother at the same time.

The woman, a prisoner in a secret army location, has been struggling hard for weeks to survive.

Weeks that lasted for years for the poor child, thanks to the chrono-kinetic power of her father.

In addition, a cold police officer is desirous of arresting all people like her.

The power that the child did not even know she had will therefore become their only salvation.

And perhaps, it will also give a chance of salvation to all the super like them around the world.

Zach Lipovsky and Adam B. Stein write and direct this intriguing sci-fi mystery with a minimal budget.

But the two directors make the best of the little money by building a solid and effective narrative system.

The action scenes are amazing without exaggeration, and the plot is revealed piece by piece with great cunning.

As the protagonist, Lexy Kolker is a cute, curious, and fierce ordinary little girl that events throw into an extraordinary situation.

Equally touching is her father, Emile Hirsch, tired and suffering from the long battle in a war he knows he can not win.

Finally, the great Bruce Dern as a minor role too, always with his colossal talent and his carved and salacious smile on the face.

Freaks is another heroes movie that got lost in the desert of the many flops at the box office.

But I think it could become the founder of a minor success franchise with a little more luck.

Anyway, if even one of you maybe finds out and likes because my little post, I’ll be equally satisfied.

They are a petty telekinetic criminal and outcasts psychic little girl who lives on the margins of society.

They don’t know each other at first, but together they will face a tough fight for the mutant cause.

At Ruthless, Multinational wants to empower many of them with a new drug to make them all slaves.

But there’s something wrong with the drug that’s not killing all the guinea pigs, except one girl who manages to escape.

Being the former girlfriend of the protagonist, she immediately contacts him, desperately asking for help.

All of them will meet in Hong Kong, a lawless arena dominated by the strongest and cruelest superhumans.

There even the local triads will try to trace the precious medical human resource, covering in blood the city’s streets.

To survive, they must join some local mutants with different abilities.

All of them have their feuds against criminals and multinationals, living in the shadows and illegality.

Together they will try to develop a plan to cheat the ruthless murderers in the pay of the pharmaceutical company.

Chris Evans is the protagonist playing this atypical superhero before becoming the famous Captain America a few years later.

Worthily flanked by the young Dakota Fanning, this strange couple is a team of heroes not very frequent in heroes movies.

These super guys have no intention of saving the world by wearing a cape costume.

The most basic needs guide them, such as finding shelter, eating, sleeping, and surviving.

Always very good, in addition, the actor Djimon Hounsou at the head of the bad guys.

He plays a character extremely evil but also fascinating, manipulative, and also very dangerous in combat.

To summarize, great action/sci-fi heroic superpowers movie fun to watch and brighter than others of the same kind and period.

Captain Pantoja and the Special Services...