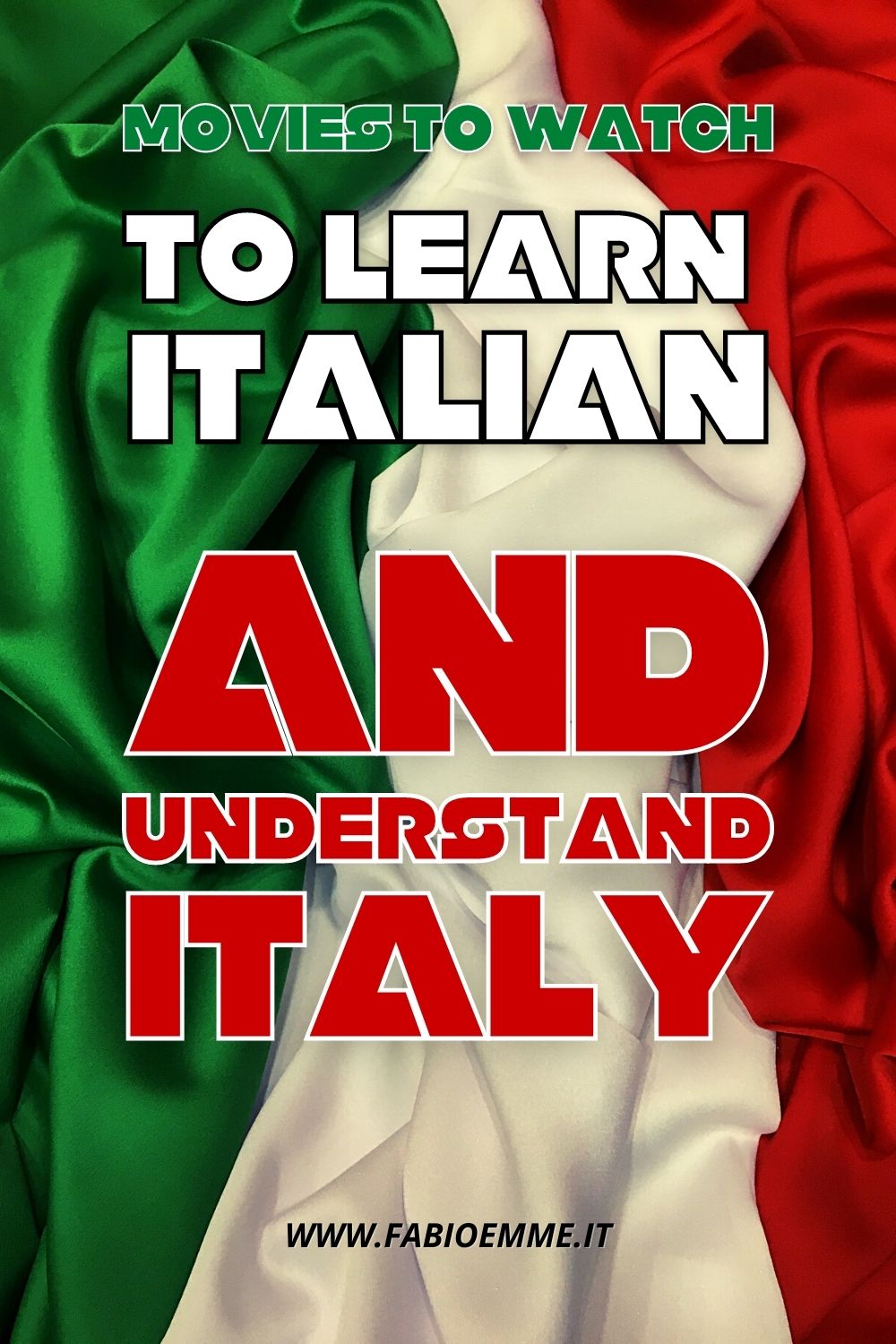 How to learn a new language if not immersing yourself in the world where it is spoken?

3 Movies to Watch to Learn Italian among the best in the history of world cinema.

Two kiddies make a living from thefts and small scams, getting through the day on the dirty streets of Rome.

When they have the opportunity, they also do some little jobs, such as the movie’s title polishing shoes.

However, they are secretly cultivating the dream of owning a white horse.

When these boys collect enough cash, they can ride from time to time by renting him.

One day, thanks to a dirty cop, they scrape together enough to buy the animal finally.

But the authorities discover the fraud and lock them up in a juvenile prison.

Obviously, the two friends can not report the policeman, fearing retaliation against their families.

Oppressed by adults and other prisoners, they will experience human wickedness and end up betraying each other.

Shoeshine is one of the greatest examples of Italian neorealism after World War II.

The hard and realistic style perfectly combines a youthful story in the tones of jovial Italian comedy.

Two friends who initially are inseparable, innocent, and carefree despite being vulgar and ignorant thieves.

But that adults succeed in corrupting their innocence and mutual trust, fatally pitting them against each other.

These two little scoundrels capable of arousing sympathy, criminals with no choice and therefore innocent victims too.

Great cinema has become a myth and legend for aspiring filmmaker studying it in all the cinema schools of the world.

It is absolutely an unmissable must for those who want to get closer to Italian cinema and language.

2- Investigation of a Citizen Above Suspicion (1970)

A seemingly elegant and intelligent man actually is a crazy murderer who just killed his mistress.

But he is also a respected police officer, so he knows how to get by diverting suspicions to others.

Trying to buy time, he makes the evidence disappear and intimidate or discredit the various witnesses.

Then he blames some political agitators well known to law enforcement and who are already in the crosshairs for disturbing the peace.

Confident of his impunity, he then enjoys insinuating suspicion by playing with a system that he knows perfectly.

Falling into an endless spiral, his madness seems to lead him to a confession that would lock him up behind bars forever.

But his colleagues and superiors cannot allow scandal and help him cover up his misdeeds for their own political gain.

One of the most important chapters in Italian cinema crime story about evil and corruption by the great Elio Petri.

This director’s name is perhaps not well known beyond the Italian borders, except for this one movie.

But for those who loved his plots and characters, it is indisputably one of the sublime masters of the seventh art.

The Citizen Above Suspicion is a funny and terrifying Gian Maria Volontè, a diabolical face of justice without conscience.

The actor is one of the best in the Italian tradition, enormous in dramas, comedies, adventure, and action movies.

Surely for many of you, he is most known as the villain in A Fistful of Dollar and For Some Dollars More.

A great movie 50 years ago, as equally as today, can fully understand the saying power corrupts.

Known and quoted by major moviemakers worldwide, however, it is always a pleasure to learn Italian with this masterpiece.

The years of the greatest power of Giulio Andreotti, one of the most talked-about Italian politicians.

More and more often associated with episodes of crime, mafia, and corruption but of indisputable historical importance.

A story starting with his political current finally leading the government of a nation upset by the mob murders.

Andreotti cultivates and preserves ambiguous friendships and relationships with a press that loves and hates him at the same time.

Unlucky, his allies are not as strong and unshakeable as he is, dragging him into scandal and defeating his political majority.

And as the closure of his life in the halls of Rome’s Montecitorio, we then arrive at the terrible trial for conspiracy.

But he always manages to escape from every awkward situation, willing to do anything to continue his political life with his political party’s leadership.

The Divo is an amazing masterpiece that combines culture and entertainment with the talented hand of Paolo Sorrentino.

The famous This Must Be the Place director combines his love for the cinema with his political conscience.

The result is a mix of drama and fun in a spectacular true story of politics and crime.

It is so fun to watch as a movie as is useful to learn Italian and Italy at the same time.

Superb acting performance by Toni Servillo for a must-see to understand the last 60 years of Italian politics.

He digs into the most personal soul of politician, obsessed with power and the fear of losing it.

Also an absurdly comic film smooth and light to watch, despite the very historically crucial topics.

Really a cinematic exclamation point at the end of these 3 Movies to Watch to Learn Italian.