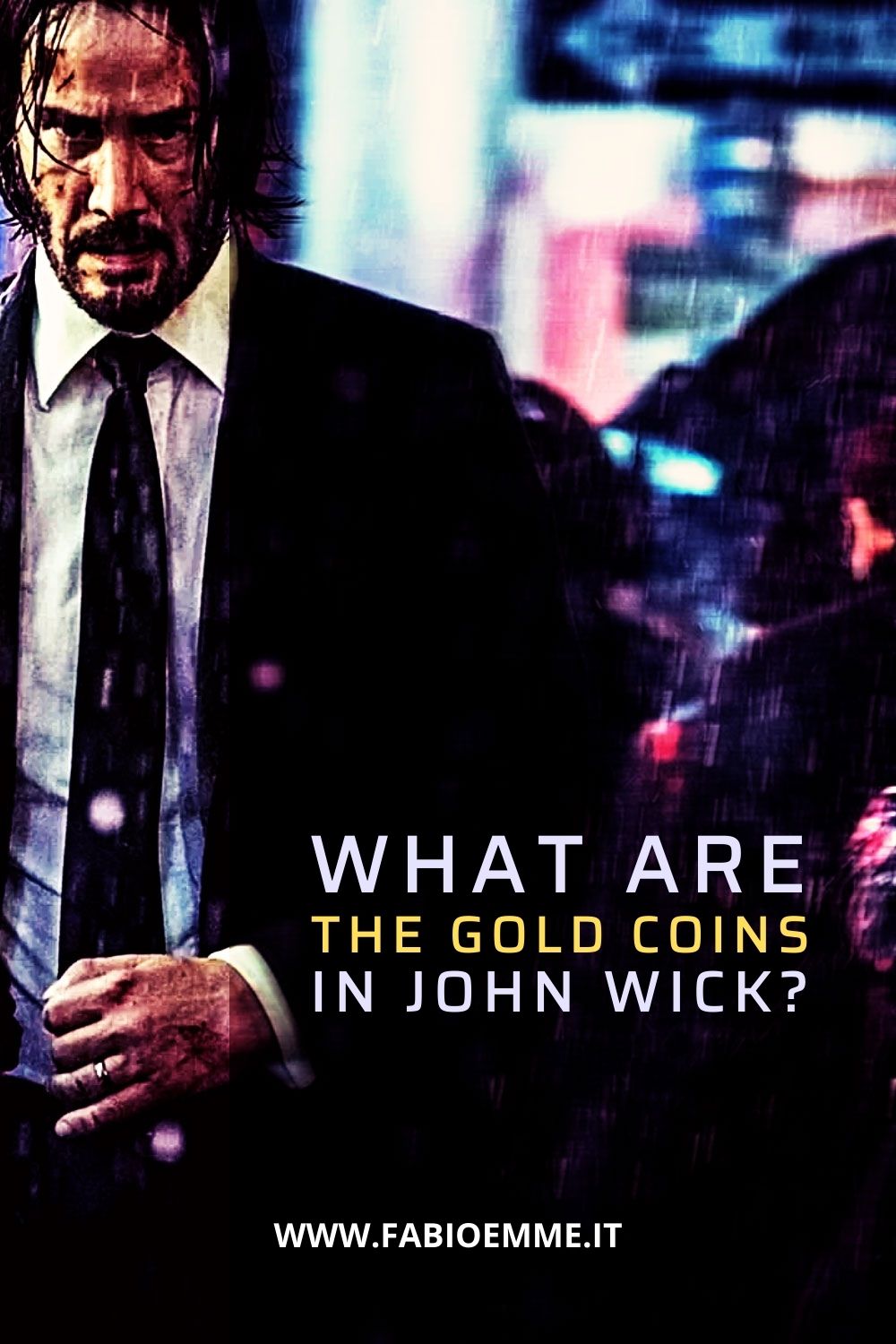 Inside the world of John Wick movies, we often see the characters exchange gold coins… but what exactly are they?

They mainly use them in Continental hotels, neutral terrain, and safe shelter for band affiliates or freelance professional killers.

The criminals employ them for the common purchases, paying for the rooms, or buy a drink inside their private pub.

But other transactions are much more delicate and specifically related to their business.

For example, they may require removing unwanted corpses, the delivery of weapons, or fancy bullet-proof clothes.

In the beginning, the currency of this narrative universe was probably born because it was not traceable by the banks.

Indeed gold coins do not have a fixed monetary value with other currencies such as dollars.

For this reason, coins are not the payment method for the precious murder contracts.

These are in American dollars, such as the Keanu Reeves’s bounty went $14 million in the third movie.

But it often seems that the value of gold coins varies depending on who owns them and does not have a stable rate.

It is clear from some scenes that John and his most respected colleagues’ coins are more valuable than those held by many other criminals.

The currency of Crime

In the final analysis, we can compare their use to that of cryptocurrency wallets.

Significantly, they represent the killer’s prestige in the criminal environment, especially when they confront each other at the Continental.

We see, in fact, how John Wick uses the gold coins to gain time before his bounty countdown ending.

However, we can also say that they are also a way of preserving the history and traditions of criminal clans.

Indeed, many bands are proud of their origins and have an additional tribal system to manage their business.

Such as John Wick asking for safe passage to leave New York to his old matron, Anjelica Huston, by offering a crucifix symbolizing an old debt.

Even more, when he arrives in Casablanca and meets the powerful local boss, he keeps in a glass display case the first gold coin as if it were an ancient relic.

The two faces of John Wick’s gold coins show two drawings and two Latin sentences… but what they stand for?

On one face, the engraving depicts a lion beside a shield depicting the rays of the dawning sun.

There is also a Latin phrase, Ens Causa Sui, which literally means Follow your own cause.

The phrase indicates a philosophical concept that consists of creating its own reality that does not depend on anything outside of itself.

On the other side, the tokens depict another shield on which a cross is engraved. This time, the phrase is Ex Unitae Vires, meaning From unity comes strength.

The concept apparently contrasts with the previous dogma of absolute egoism and survival.

But in reality, it means that although you have to know how to defend yourself in total autonomy, it is from the sense of unity that the real strength is born.

Essentially, along with the Markers with whom they indebting to each other, gold coins are a system to bring the law among the outlaws.

All things considered, we can therefore say that these gold coins are the symbol of criminals seeking honor and respect in this life.

Especially in their world, where every day you can die or be forced to kill friends of a lifetime.