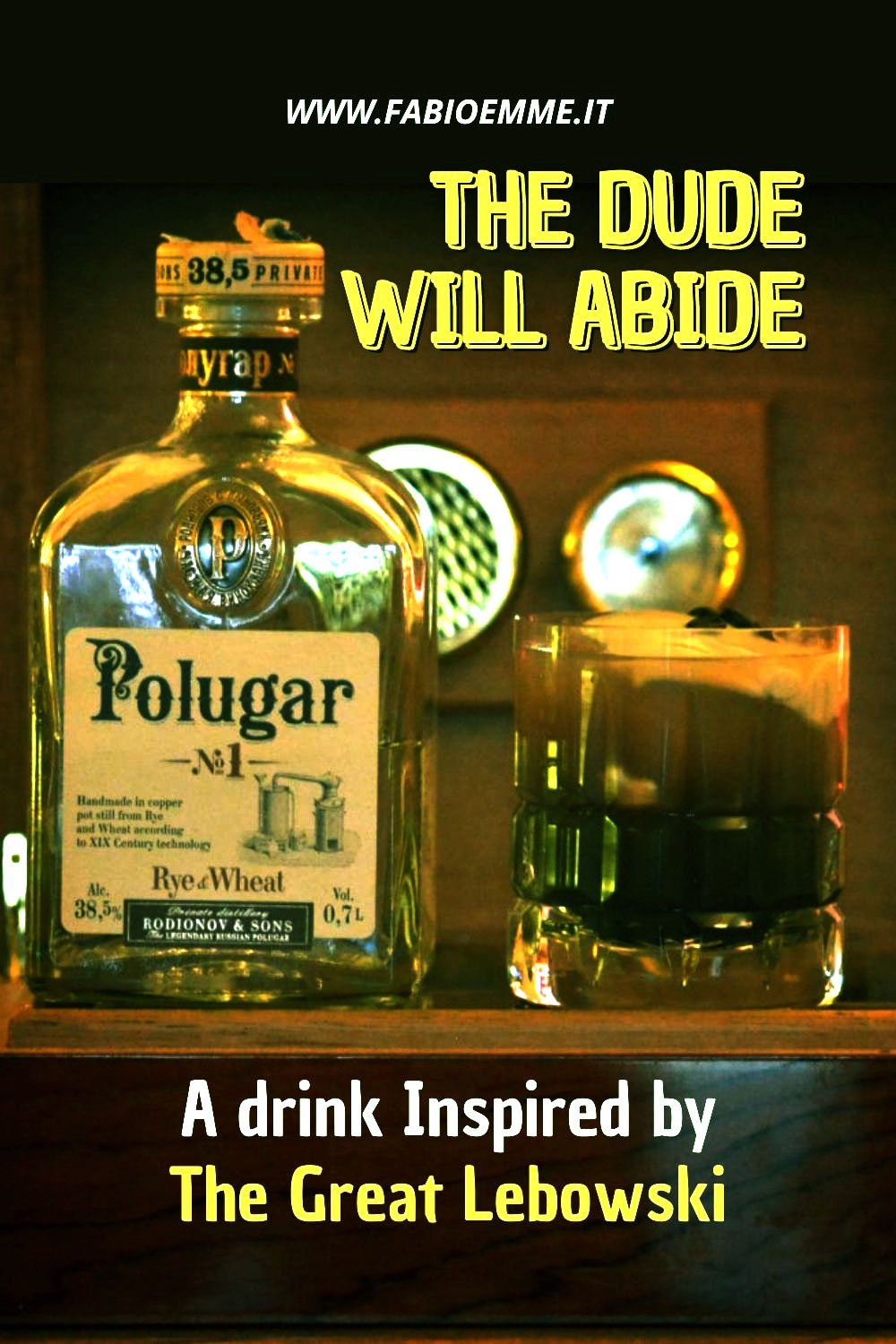 When Ethan and Joel Coen abide by The Big Lebowski‘s poor box office incoming, they didn’t expect what their Dude would become later.

Indeed, what was supposed to be a simple goliardic comedy grew to the state of cult and absolute myth.

The admirers know perfectly the story of Jeff Lebowski, AKA The Dude. venerating it as epic revenge of the losers.

The astonishing Jeff Bridges and his friends have conquered our imagination with their irony, madness, and love for life.

How not to love, for example, the angry giant John Goodman character, paying homage to the legendary John Milius?

His strength and his stupidity go hand in hand with the look and the anger that made famous the great Apocalypse Now‘s writer.

Together with the shy and nice Steve Buscemi, these two friends face an intrigue of cheats and incredible coincidences.

A tangle of plots and abnormal characters will come out defeated without losing their strength and dignity as simple men.

DRINK: The Dude will abide

PREPARATION:
Pour the Polugar Vodka N.1 Rye&wheat into an ice-filled Old Fashioned glass, add the chocolate liqueur, and slowly pour in the coffee yogurt. Decorate with some coffee beans.

A drink of simple realization, but great performance, The Dude will abide is a variant of the classic White Russian.

The favorite cocktail is continuously sipped by the cult character in the Coen Brothers‘ movie, at home like when he’s around with friends.

A lovely cocktail, but with a strong character, just like Jeff Bridges playing The Dude.

The Polugar N.1 Rye & Wheat, produced from a mixture of rye and wheat, has intense hints of freshly baked bread.

In addition, notes of wheat and rye and black pepper, characterized by a strong flavor that gives strength to the sweet and contrasting flavors of chocolate and yogurt coffee.

Poland produced it by the Rodionov & Sons distillery, in a forest and away from other industrial plants, roads, and cities.

Polugar does not resemble modern vodka: it is an older alcoholic drink from the era when all cereal distillates were made using copper stills.

The White Russian cocktail and its Laura Schirru twist sewn onto the Dude, who leads a lazy, pleasant, and disengaged life.

In essence, a life seasoned by a few bowling games with friends and wet by the drink always accompanies him.

Yet, in his calm and relaxed approach to life, even in dramatic moments and no way out, he never changes.

A style that has become cult has made the White Russian and all its epigones a real accompaniment to everyday circumstances.

We are Invictus – The drink...