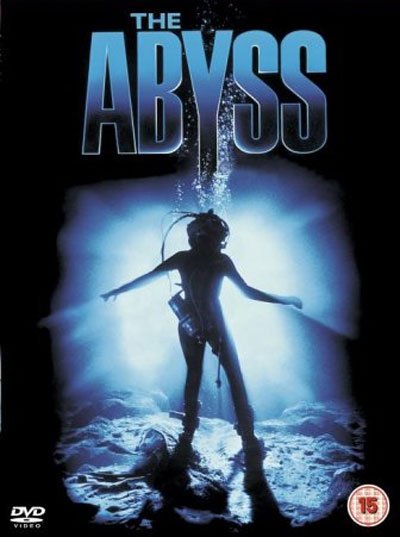 A nuclear submarine sinks after a mysterious accident in the Caribbean sea area near the Cayman Islands.

Due to an impending cyclone, rescue ships are unable to intervene without risking further human lives.

For this reason, the commander of a submarine drilling platform must go in search of survivors with his crew.

Together will join the ex-wife who designed the platform to work and a group of soldiers as armed support.

But in the darkest and most unknown depths of that abyss, incredible creatures will mess up all their plans.

This new species, brilliant and technologically advanced, does not seem to have aggressive intentions.

But the soldiers’ commander has a psychotic attack and wants to annihilate them, considering them a dangerous enemy.

Then the workers will try to stop the soldiers in a desperate struggle for survival and stop the madness.

And at the bottom of that dark and silent ocean, they will fight, perhaps, even for the survival of all humanity.

The pacifist science fiction of the 80s

The Abyss is an extraordinary sci-fi action by James Cameron, showing an incredible technique with some underwater sequences of memorable invoice.

In addition to being full of original narrative ideas and rumblings, it has some technical innovations that will change the face of cinema forever.

Indeed, this is one of the first movies where we look at the technique of morphing in special effects.

This system allows you to exchange two images on the screen with a fascinating liquid transition.

Using it to create the incredible creatures of the ocean, Cameron further perfected this technique in Terminator 2: Judgment Day.

The morphing will be used for the many metamorphoses of the cruel robot T-1000 with the face of the great actor Robert Patrick.

Also, in this movie, we see the talent of the director in underwater shooting for the first time.

He literally transforms this Caribbean sea into an exciting and mysterious unexplored area as an alien planet.

The action scenes are exciting and unpredictable, and the atmosphere of dark threat constantly looms on the characters.

He will more exploit this talent many years later for the direction of the magnificent box-office champion Titanic.

Despite the plot taking place in the Caribbean Sea area, production took place in an abandoned nuclear power plant in South Carolina.

The cast began the film inside huge pools full of water, after training for diving and underwater survival.

They play husband and wife who love and hate each other, initially arguing over everything but joining in the fight against the soldiers later.

Equally good, crazy, and bad to the bone is the psychotic marine leader with the face of Michael Biehn.

The actor had already worked with Cameron in the Terminator, playing a soldier sent from the future to save humanity.

In this case, his character, made insane by High-Pressure Nervous Syndrome, slowly plunges into madness without return.

Afraid of the unknown creatures, he wants to use the missing submarine’s nuclear weapons against the innocent and peaceful aliens.

The Abyss was one of the biggest blockbusters of the 80s, further asserting Cameron as an unbeatable blockbuster director.

You’ve to watch absolutely the uncut version of this movie, published long after the cinema release.

It becomes a true masterpiece from an excellent sci-fi action, with many added scenes and a more wide-ranging international war plot.