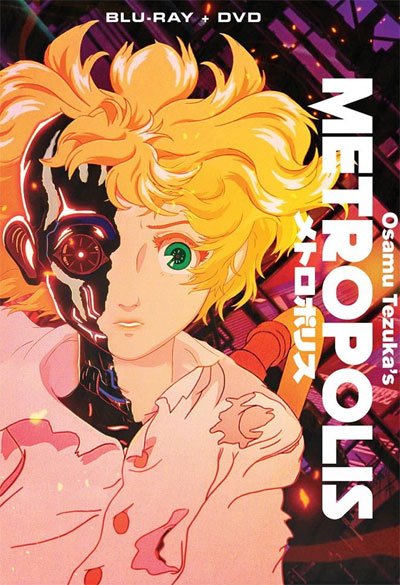 In a dystopian vintage metropolis of the future, a despotic Duke rules above everyone from his unassailable tower of Babel.

To reach his delusional purpose, he decides to build a new android type.

It will ensure that his domination is total and unchallenged, joining the mind of the metropolis tower central computer.

Indeed, this apparently innocent girl ultimately must connect to his tower network and be destined to lead everything.

But his stepson tries to destroy her, convinced that his uncle should not share power with anyone or anything.

She luckily manages to escape thanks to the son of an investigator searching for a missing scientist.

The scientist actually works for the cruel Duke, and he’s the one who built the android.

All the soldiers and the police canvassing the metropolis searching for the girl, falsely accused of terrorism.

At that point, it’s only a matter of time before the inevitable final confrontation.

And once the mad dictator meets the android with her new friends, in conclusion, none of them will win.

The last war between the poor and the dominant elite

From the dirtiest subterranean districts to the tower of Babel top, Metropolis delight with grace the eyes and the heart.

The city several levels, with at the top the rich Duke, representing his social importance above the classes below.

Despite the futuristic setting, the look of the metropolis buildings, cars, and clothes is wonderfully vintage and nostalgic.

It is no coincidence if the soundtrack has many Jazz music accompanying the hard struggle of the poorest to survive.

In this world, in fact, much of the work done by machines and human beings wander the streets in vain as if they were a problem to be eliminated.

And this is the ultimate madness of Duke’s supreme machine, curing the infection of poverty by killing those who are unproductive in that welfare state.

But even in this great injustice and obscurity, there is a place for love.

In this case, it’s a pure, childlike, uncontaminated love like the one between the android girl and the innocent young man who saves her.

Rintarō directs based on Katsuhiro Ōtomo‘s screenplay, inspired by a comic and obviously the famous 1927’s Fritz Lang‘s Metropolis.

The famous writer of Akira squeezes all his talent in paying homage to the great classic and, at the same time, creates something new and original.

The retro-future atmospheres are extremely evocative and cared for in every detail, giving that Blader Runner‘s like noir/sci-fi atmosphere that is simply fantastic.

The protagonist is perfectly successful, combining the girl’s weakness and innocence with the android’s unstoppable power.

Very nice and exciting her empathy with the boy and his detective uncle, another unmissable character for a noir story.

Finally, the Duke and his ruthless stepson/second-in-command are simply impressive in their lucid madness, both in a constantly evolving relationship.

The result is a mixture of genres between sci-fi, noir, and jazz drama combined wisely with a social metaphor on man and technology.

What marriage is in a movie – The hardest couple challenge